Comic writer and artist Ulises Farinas’ hilarious and often dark parody that aims shots at the conventions of Saturday morning cartoons of decades past is back this month with a brand-new Gamma miniseries from Dark Horse Comics! By integrating parts of such fan favorites as Power Rangers and Pokémon, Farinas constructs pastiches and adds his own unique mark, and the creator will bring the characters and world that he first brought to Dark Horse Presents and the Gamma one-shot to a more long-form look at hustlin’ kids, monster traders, and super suit-wearing teens in this all-new sort-of, kind-of prequel!

Mr. Farinas spoke with us recently about the conceit of the new Gamma miniseries and how it ties to the original one-shot, working with collaborator Erick Freitas, how collecting is ingrained in nerd culture, and how love of a subject is necessary when parodying it. 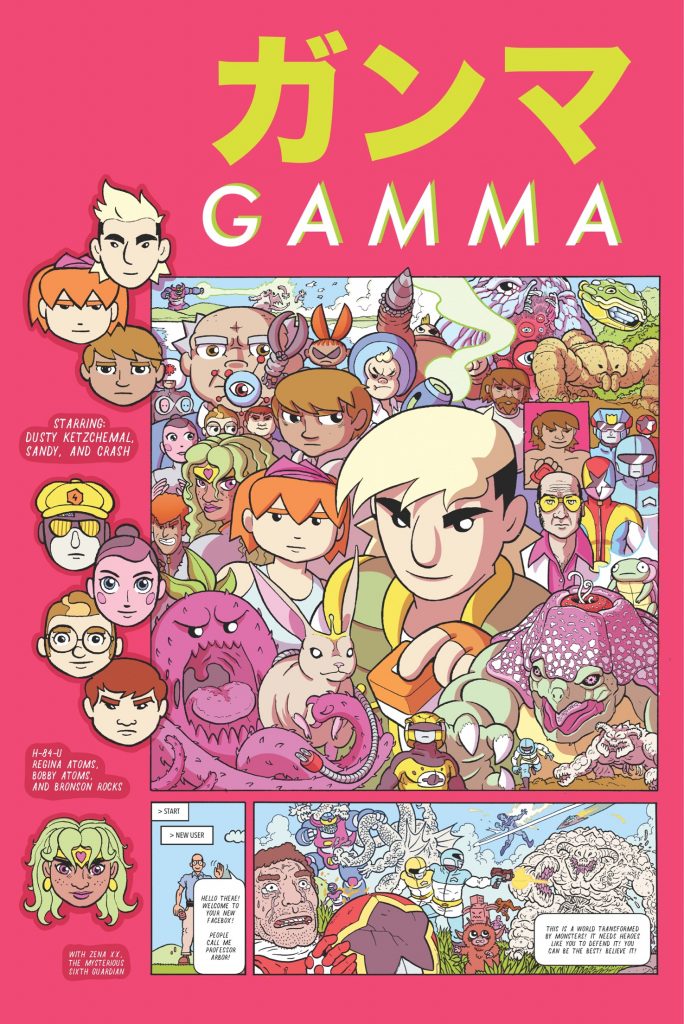 FreakSugar: For readers joining in and not familiar with the original one-shot, what can you tell us about Gamma?

Ulises Farinas: If you’ve watched one second of Pokemon, it’s not hard to find something hilarious about their situation. Young kids obsessed with world fame while enslaving animals? The only world I could think of where that would be considered normal is a world that’s already seen too much abnormal. Dusty’s like his world, a kid who’s already seen too much abnormal. Something normal like having friends is lost on him, and this world and Dusty have to hit rock bottom before it gets back up.

FS: You’ve created an extensive history in the world of Gamma. What was the genesis behind the original idea?

UF: I think nerds like to put things into categories. There’s something safe about knowing every version of the Red Ranger in the Power Rangers multiverse. Collecting is hardwired INTO Pokemon. I’m interested in tropes, in the genre itself, as this childhood safe space. In those worlds, problems get bigger, and they literally get bigger. I like that way of thinking. It makes toys out of circumstances, and Gamma is the toybox. This year, I finally finished Guardian Force Design Manual, with Mike Prezzato on inks, and for anyone who wants to go crazy, they can pour into those pages and look at blueprints of Trapboxes and the guts of giant Monsters. It’s a whole world-bible with almost as many pages as the series it’s based on. World-building as literature, homies!

FS: What can you tell us about Dusty and the post-Sentai War universe in which he lives?

UF: Throughout Time and Space, there are areas, which become stressed by intense energies or large masses, in these non-dimensional areas (non-dimensional because the dimensions have deteriorated to nothing) different life forms travel through them. Over time, accumulations of these life energies attract ancient hyper predators. This is Earth, once an oasis, has been ravaged by giant kaiju and interplanetary threats. The world isn’t ending in a bang; it’s a slow torture that everyone wants to just bounce on.

Religion, drugs, war, just get us out of here. 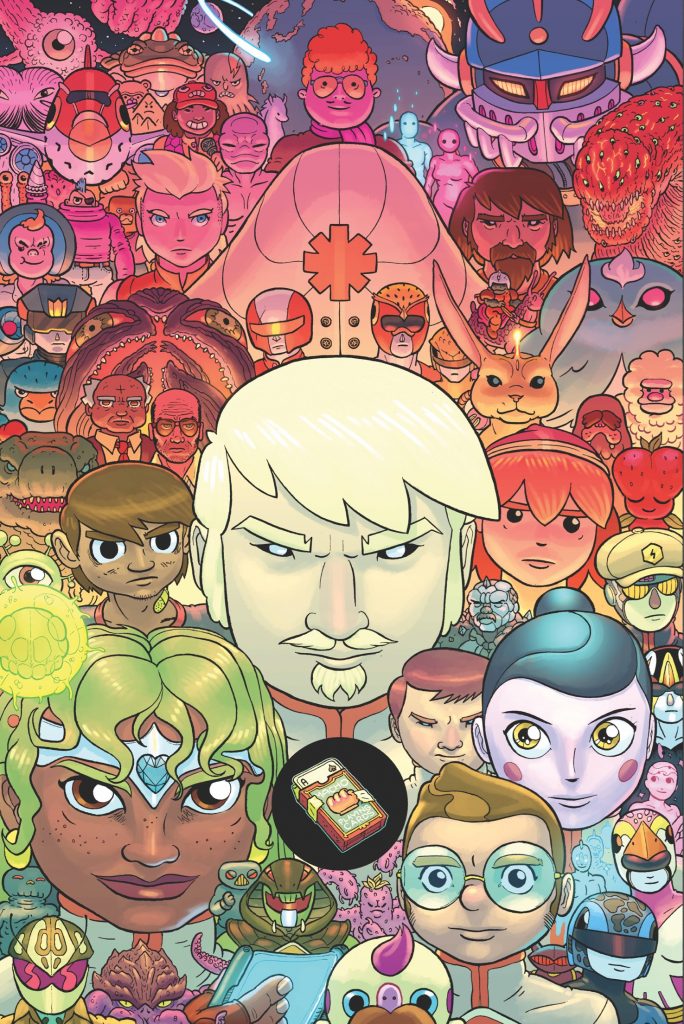 FS: As we mentioned, there was a Gamma one-shot prior to the publication of this miniseries. How do the two connect?

UF: The Gamma one-shot is kind of like a prediction. It’s that dark version of ourselves that we might one day become. I don’t like to think of this as a prequel. Because what happened to THAT Dusty, is not exactly what will happen to our Dusty this time. I’m telling what happened to Dusty, but I’m not a reliable narrator.

FS: Where do we find Dusty and his world at the beginning of Gamma #1?

UF: I imagine Dusty has been left behind in Manila. He remembers fighting; he remembers his parents not coming back and a new parent who doesn’t want him taking him in. He’s a boy who has 100% free time and not enough meals between hot hours. He’s looking back at himself while simultaneously coming of age. Even as an old man (the one-shot) he’s STILL coming of age.

FS: Gamma is filled with cartoon parodies, but it’s clear that you have a deep and abiding love for the cartoons of your youth. What was it about them that made you want to incorporate them into your work, especially for the two Gamma books?

UF: You can’t effectively parody anything without really loving it. People will watch Battlefield Earth a million times to make fun of it, but won’t admit “I like it.” I’m not a masochist, so if I’m giving something this much time of my life, its cause I can’t help having a second helping. Gamma is like if 13-year-old Uly was asked to make a breakfast cereal, and I just put every berry, cocoa puff, marshmallow, and free toy in every spoonful.

FS: Beyond the cartoons of yesteryear, were there any other particular influences that impacted how you constructed the world of Gamma?

UF: Mostly just thinking of fame, attention, wanting to be the best in the first place. You look on Instagram, and you see a virtual sea of faces who all expect them to be the best version of themselves at all times, and it’s f**king exhausting. In the future, everyone wants their 15 minutes of fame spread out over a maximum possible number of likes and followers.

Technology is integral to how Dusty operates in the world, and it allows him to manage how close or how distant he is from other people. That can be a card game, an index, or a machine to communicate with others. Toys are objects with no preconceptions, but we use phones like toys. A toy you can’t let go of is a pacifier.

FS: You’re back collaborating with co-writer Erick Freitas on this new miniseries. What has that experience been like? Did you pick up like you’d never missed a beat?

UF: We have been steady grinding since Gamma One-Shot, on Amazing Forest to Judge Dredd, back to Gamma miniseries. Comics take a long time, and your expectations for a story change as you change, so you start in one place on a story together and then end up in another place by the middle, and another by the end.

FS: Is there anything you can tease about what we can expect later on in the miniseries?

UF: A deeply uncomfortable realization that virtue is inversely proportional to pride. Sparky dies at the end of the book, but only readers of this interview will know that he has Benjamin Button disease. Spoilers.

Pokemon meets Power Rangers in this kaiju-packed mature parody that follows a monster trainer whose dreams of fortune and glory collide with his own hubris and the downfall of the entire planet in a story about betrayal and redemption in a world of bizarre, cute, and deadly monsters.