While DC Comics’ big fall event Dark Nights: Metal, written by Scott Snyder with Greg Capullo on art, doesn’t kick off until Wednesday, the more information that ekes out, the more crazy-town banana pants the story sounds, kitchen sinking the works by throwing in everything from dark Batmen from a Dark Multiverse to a somewhat coherent Joker to Hawkman’s Nth metal. Today, The Washington Post just revealed the biggest reveal so far involving the return of a well-known character from a past Vertigo Comics series. Spoilers ahoy, so if you don’t want the magic ruined, walk away.

The Post revealed that the final page of Wednesday’s first issue will reintroduced Dream of the Endless, the driving character from writer Neil Gaiman’s celebrated DC Comics/Vertigo series Sandman. Although the character popped up in the DC universe proper prior to the New 52 relaunch, Dream has been absent from the publisher’s books until now. 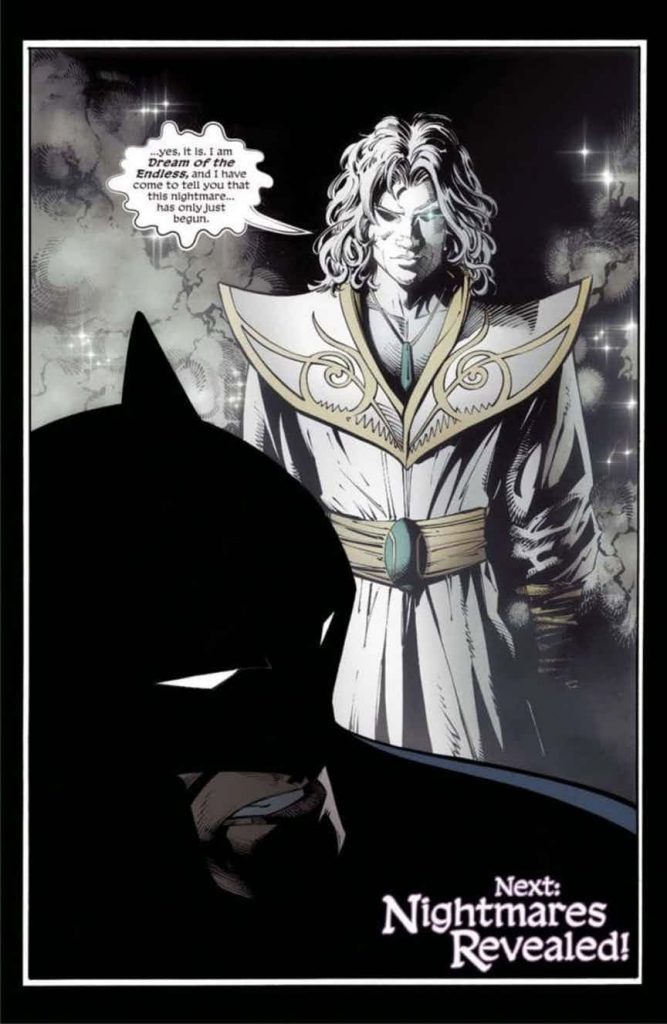 [Dream] has some very key moments that spin the story in its essential directions. At the same time, [Metal] really is a Justice League story focused on their discovery of the Dark Multiverse and the invasion with these evil Batmen [now] here and the desperate attempt to stop that using Nth Metal.

Will Dream help Batman and the Justice League stave off the threat of the Dark Multiverse? We’ll have to wait and see as Dark Nights: Metal unfolds. Issue 1 debuts this Wednesday from DC Comics.