It’s been a long almost year-and-a-half, something that doesn’t need to be uttered: y’all know it’s been some rough going of late. However, Pixar has been helping soothe our weariness: first with its Oscar-winning film Soul this past Christmas and now, it seems, with its upcoming movie Luca, debuting on Disney Plus (at no extra cost!) on Friday, June 18th. That’s not totally hyperbole: the world’s been pretty grim, and while Pixar’s fare won’t take away our blues or worries, the films consistently provide beautiful escapism with heart and allow us to dive into their cinematic worlds for a bit.

Early clips suggested that Luca, directed by Enrico Casarosa (who helmed the Pixar short film La Luna—also on Disney Plus), would focus on a couple of human boys living in the Italian countryside who turn into gill-bearing sea monsters. However, the latest trailer, released just today, tell a different story:

So it appears that the titular Luca (voiced by Room’s Jacob Tremblay) and his friend Alberto (Jack Dylan Grazer’s It) are underwater dwellers who are discouraged—and, in Luca’s case, forbidden by his mother (Maya Rudolph)—from venturing to the surface. However, Alberto wants to show Luca all the wonders the surface world has to offer, so the two venture to the town of Portorosso as a good place for Luca to get his land legs. Along the way, Luca and Alberto encounter Giulia (voiced by Emma Berman) and her father Massimo (Marco Barricelli), a fisherman who’s sure to add some conflict to the mix.

The animation looks gorgeous—bright and airy and open, making us long for summer already. And sure, there might be a splash of The Little Mermaid thrown in, but we get the feeling the film will focus more on adventure and self-discovery than romance.

Luca hits Disney Plus at no extra cost on Friday, June 18th. And check out the new poster for the film that Pixar just dropped as well! 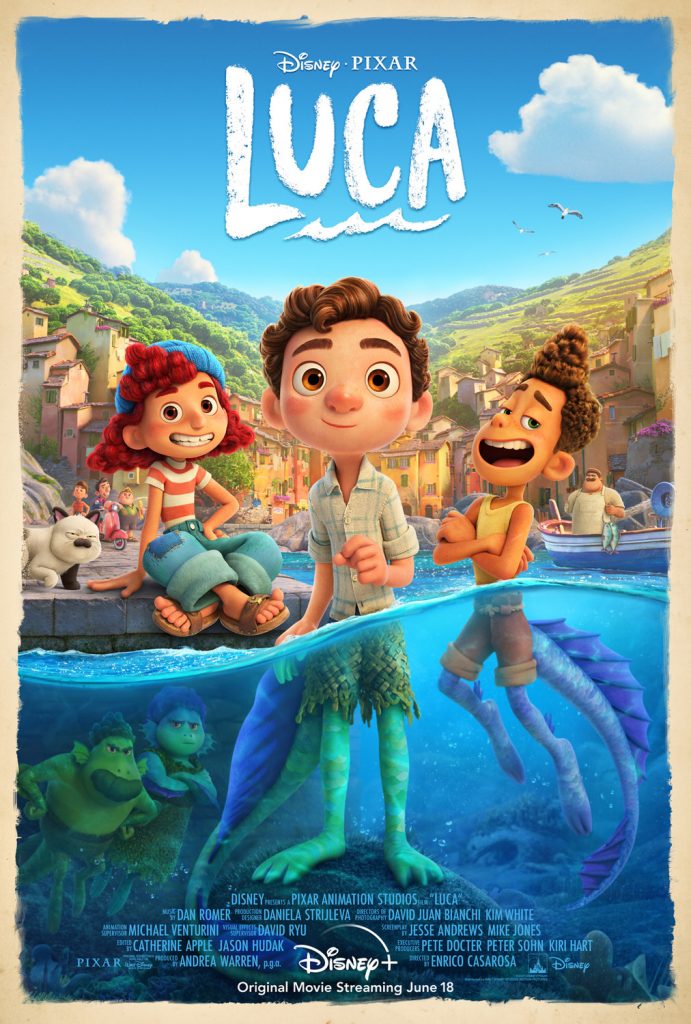