Ever since her first appearance in Hercules: The Legendary Journey, the warrior princess known as Xena has been a fan-favorite across the globe. Fans appreciate the character’s power, boldness, and humor and are drawn to her as a role model in the pop culture landscape. This month, comic readers were gifted with the launch of a new Xena series from Dynamite Entertainment, written by Vita Ayala and illustrated by a whole host of talented artists. This new book serves as an excellent gateway into Xena’s world for old and new fans alike.

Vita spoke with us recently about their involvement with the new Xena series, how they first became interested in the Xena character, where we find Xena at the beginning of the book, and what we can expect to see going forward. 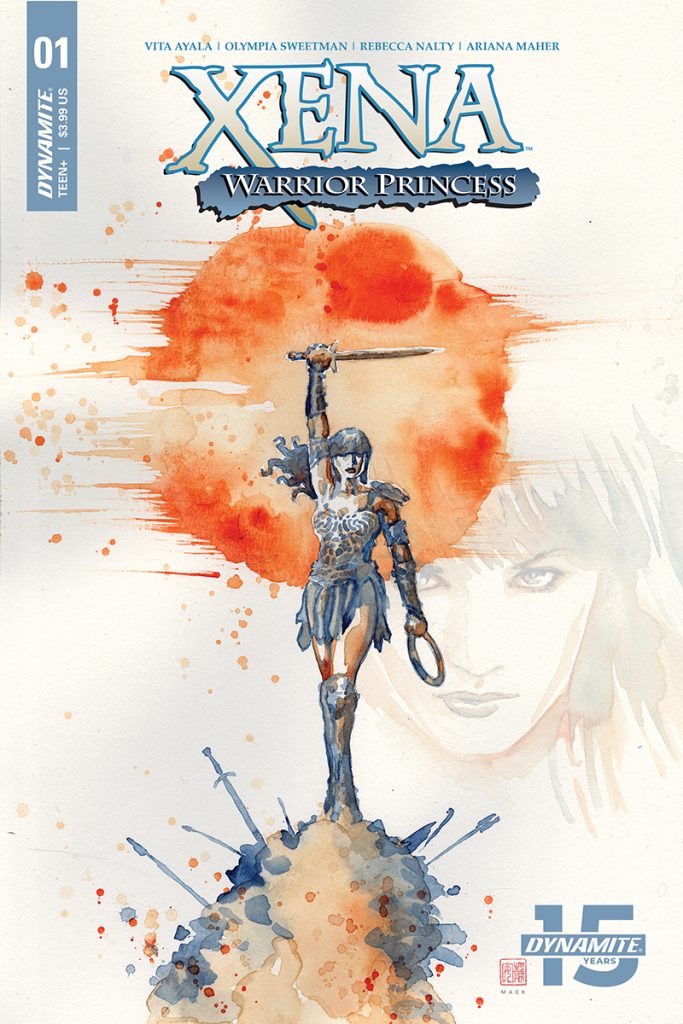 FreakSugar: Before we talk about the comic series, what can you tell us about your entryway into Xena’s tales?

Vita Ayala: It was Hercules: The Legendary Journey, actually haha. I watched that show religiously, and Xena was a mid-season villain and then a season ending villain-turned-hero. I mean, Lucy Lawless played like 6 different characters in that season, but Xena was special. When my Dad told me they were spinning off a show for her, I was already hype!

FS: How did you become involved with this new Xena series with Dynamite?

VA: I was approached by my editor, Nate Cosby, about possibly putting together a pitch to send to Dynamite. He and I chatted and hit it off, and from there, we developed the pitch. Dynamite seems to have liked it!

FS: Other TV and comic series have come before this one. Where do we find Xena at the beginning of the book?

VA: No other viewing/reading is strictly necessary to get into this series, but in my mind, we find Xena and Gabrielle in pre-Rift Season 3. It’s a little lighter spirited, but still far enough along in their relationship and Xena’s journey for redemption where they are established.

FS: How much will you be drawing from the TV series and the comics for this new series?

VA: We wanted to make this a series that was inviting to both old fans, and people new to her alike, so I think thematically and emotionally I draw on the show a lot, but not in terms of actual events. Mind you, I like to sprinkle in little references and Easter Eggs for fellow lovers of the show, but more to nod. I want everyone to enjoy and feel included when they read the book!

FS: Xena comes from a long tradition of strong warrior characters. Besides Xena herself, what are your inspirations and influences as you craft the book?

VA: I am a big fan of Red Sonja, and those old Sword and Sorcery type warriors, so that is a big influence. I am also a big fan of mythology in general, so I am taking this as an excuse to re-read some of my favorite Greek (but also a lot of Indian, African, and Norse) hero stories. There are traditions of strong femme warriors across the world, and so I have sort of embarrassment of riches to choose from! 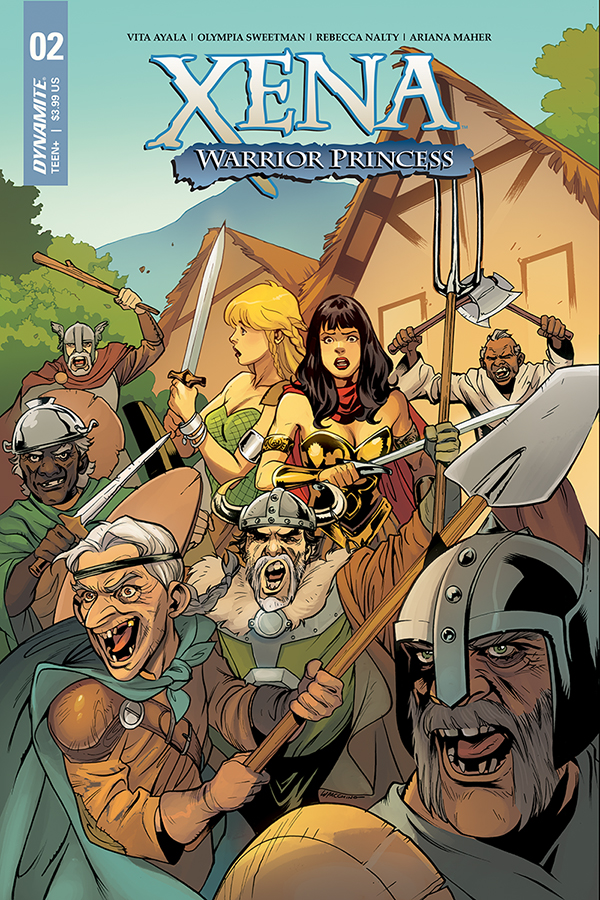 FS: Xena has accumulated so many fans in the two decades since her first appearance. How do you account for her popularity? What does the character mean to you?

VA: I mean, the story and character are compelling which helps, but honestly Xena was so important to the LGBTQ+ community. She’s a Queer Icon and a Feminist Icon. As a symbol, she holds up/stands the test of time.

For tiny baby queer Vita, she was everything. She helped shape the way I thought about helping other people, about making mistakes and owning up to them, about how to move in the world. She taught me about anger and about forgiveness and bravery. What Would Xena Do was my guiding principle through… still maybe? Haha. She was (and is) my favorite hero.

FS: Can you tease about what we can expect to see in the book moving forward?

VA: Number one goal here was to have a fun, dynamic adventure story. Beyond that, I can say that we wanted to sneak in some emotional growth – and not just for Xena and Gabrielle.

Also, at least one capybara, and maybe a few waning Gods.

But if you want to know more, you’ll have to check out the book!