Ant-Man, Marvel Studios’ latest superhero offering starring Paul Rudd (Role Models, Anchorman) and Michael Douglas (Falling Down, Behind the Candelabra), premiered nationwide yesterday. While many hardcore comic book fans are already familiar with the diminutive hero and his importance in Marvel lore, the casual viewer might not know anything about the world of Ant-Man and his friends and foes. If you happen to fall into the second category, to help you out—because I’m a helper—I’ve assembled a list of things Ant-Man is not, just so you don’t go into watching the film with any misplaced preconceived notions.

1. While it would be fan-fucking-tastic if this were the case, Ant-Man is not an attempt to build a shared movie universe around The Fly remake starring Jeff Goldblum. Or Lily Tomlin’s The Incredible Shrinking Woman. (Wonder how many younger readers I lost just now?)

2. Ant-Man is not a sequel to Wet Hot American Summer. Not even a little. That actually hits Netflix on July 31st. 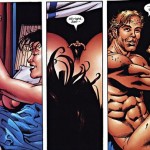 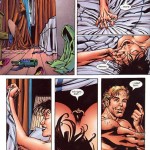 4. Viagra did not partner with Marvel in the making of Ant-Man to address erectile dysfunction.

5. Although it tested poorly with audiences, Marvel briefly considered borrowing heavily from Franz Kafka’s Metamorphosis for the plot of Ant-Man for folks looking for rich depth in their superhero fare.

6. Ant-Man is not a cautionary tale about inter-species relations between humans and ants. At all. Unless it’s very subtly done and it’s just gone over my head. Something something riding ants something.

7. Further, Ant-Man isn’t some German art house theater bullshit about how a man grapples with feeling small in an ever-growing world.

8. Also, don’t expect any reference to the 1980s film Mac and Me, despite what Paul Rudd would have Conan O’Brien believe.

Actually, this is the official plot for Marvel’s Ant-Man:

Forced out of his own company by former protégé Darren Cross, Dr. Hank Pym (Michael Douglas) recruits the talents of Scott Lang (Paul Rudd), a master thief just released from prison. Lang becomes Ant-Man, trained by Pym and armed with a suit that allows him to shrink in size, possess superhuman strength and control an army of ants. The miniature hero must use his new skills to prevent Cross, also known as Yellowjacket, from perfecting the same technology and using it as a weapon for evil.

See? I’d watch that. And maybe the Kafka remix.