The first trailer for Avengers: Infinity War will drop sometime today, a film ten years in the making. The whole of the past decade of the Marvel Cinematic Universe’s films have been building to this moment, a confrontation between all of every hero of the MCU and the Mad Titan Thanos. We first met Thanos in the MCU in a mid-credits scene for 2012’s The Avengers, revealed as Loki’s benefactor in his bid to conquer the Earth. Through teases in following Marvel films, we learn that Thanos is searching for the six infinity stones which, when combined, will give him the power of a god.

Before the first trailer drops, here’s a brief rundown of the types of infinity stones out there and which ones we’ve seen so far in the MCU: 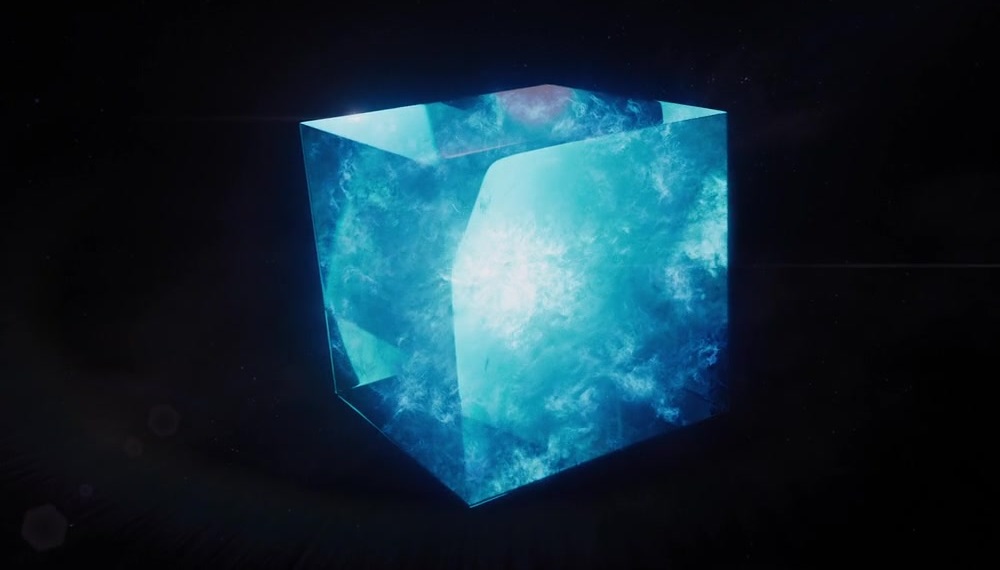 First popping up in Captain America: The First Avenger, the stone made its way into S.H.I.E.L.D. hands for decades, until Loki popped up and snatched it in his attempt to control the planet. At the end of the first Avengers film, Thor took the stone back to Asgard for safekeeping. However, in this year’s Thor: Ragnarok, we see Loki walk through Odin’s treasure room at one point, stopping at the sight of the Tesseract. It’s unclear if he took it at that time, although it would have been the perfect opportunity. If he did, that might be why we see Thanos’ ship appear in the path of Thor’s vessel carrying the refugees of Asgard at the end of Ragnarok.

Edit: Loki is seen in the Infinity War trailer with the Tesseract in hand, so it appears he couldn’t help himself. 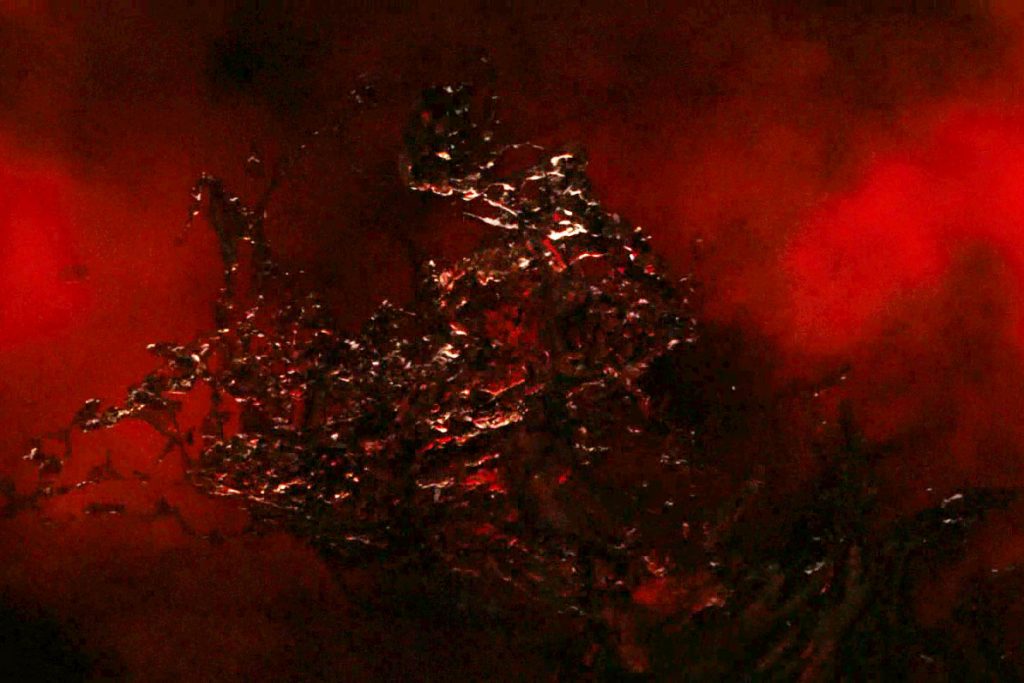 While the Aether is not a stone in the traditional sense, its power doesn’t preclude it from becoming a solid state. We assume so, anyway. Malekith and his Dark Elves attempt to use the Aether to warp reality in Thor: The Dark World, but the god of thunder and company save the day. Sif and the Warriors Three take the reality stone to the Collector at the end of Dark World, wanting to keep it separate from the space stone already hanging out in Odin’s palace. 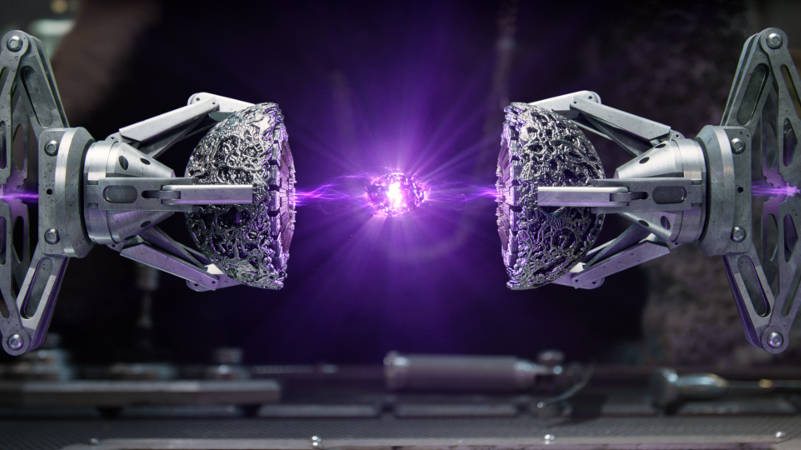 The Macguffin of the first Guardians of the Galaxy film, Star-Lord finds the power stone on Morag, taking it to Xandar to sell for some quick coin. However, unbeknownst to him, Ronan the Accuser and his master, Thanos, are hunting for the Orb as well. Eventually making it into the hands of Ronan, the Accuser double-crosses Thanos and keeps the stone for himself. Eventually, Star-Lord and the Guardians stop him, handing the Orb over to the Nova Corps for safekeeping.

The scepter housing the Mind Stone

Way back in the first Avengers film, Thanos gives Loki a scepter that allows the god of mischief to control the minds of others. In Avengers: Age of Ultron, we learn that the jewel in the scepter is actually the mind stone. (Seems like a bad move on Thanos’ part, really. Why relinquish control of one of the very stones for which you’re scouring the universe?) In Age of Ultron, the title villain murder robot uses Tony Stark’s AI system JARVIS and the stone to create The Vision, who eventually becomes an Avenger. Currently, the mind stone is hanging out on Vision’s head. 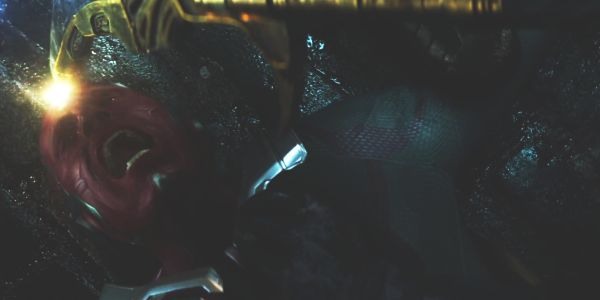 Edit: In the Infinity War trailer, Thanos is seen ripping the mind stone from The Vision’s forehead! 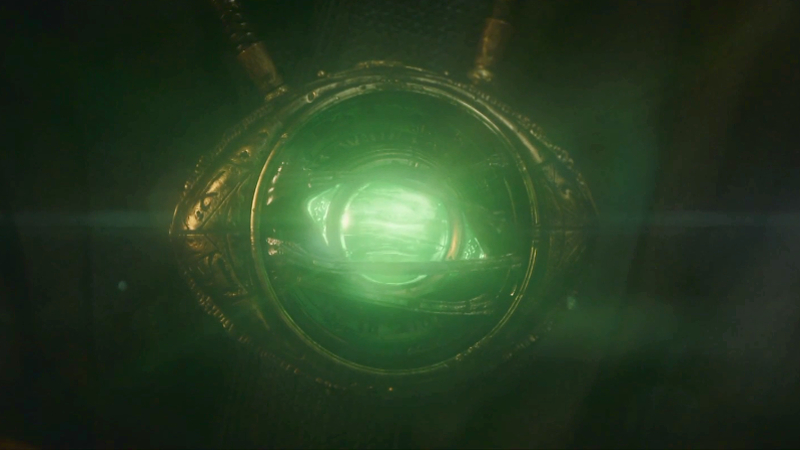 The Eye of Agamotto/The Time Stone

The Eye of Agamotto/The Time Stone

Taking a bit of a left turn from the comic book source material, the film Doctor Strange makes the Eye of Agamotto–which traditionally has been written as an artifact separate and apart from the infinity stones–an object that houses the time stone. In the movie, the Eye has long been protected by the Masters of the Mystic Arts at Kamar-Taj, leaving their care to be wielded by the good doctor to ward off the threat of the evil Dormammu. At the end of the film, it’s safely in the hands of the Mystics once again. 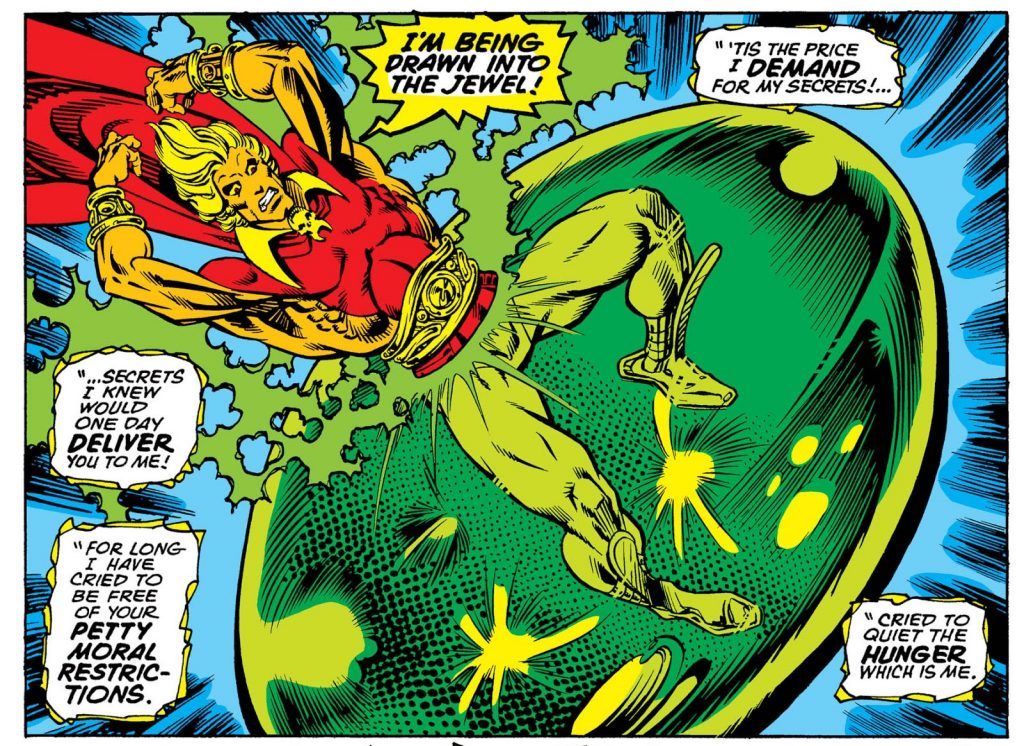 The soul stone and Adam Warlock in Marvel comics

While we haven’t seen the soul stone yet in the MCU, some are speculating that it’ll pop up in February’s Black Panther. Otherwise, it’ll have to wait until Infinity War to show up. (We know that Guardians of the Galaxy director James Gunn emphatically says that Adam Warlock, who is most often seen with the stone and who was referenced in Guardians of the Galaxy Vol. 2, won’t appear in Infinity War, but we can still hope.)

Will Thanos assemble every stone to achieve ultimate power? Could be. We’ll know for sure when Avengers: Infinity War hits theaters May 4th, 2018.