Just in time for Halloween, The Pale Door–a horror/western mashup mixing a botched train robbery, a brothel, and witches’ coven–hits Blu-ray and DVD next month on October 6th. And in honor of the film’s release, we’re partnering with RLJE Films and Shudder away a copy of The Pale Door on DVD to one lucky winner! 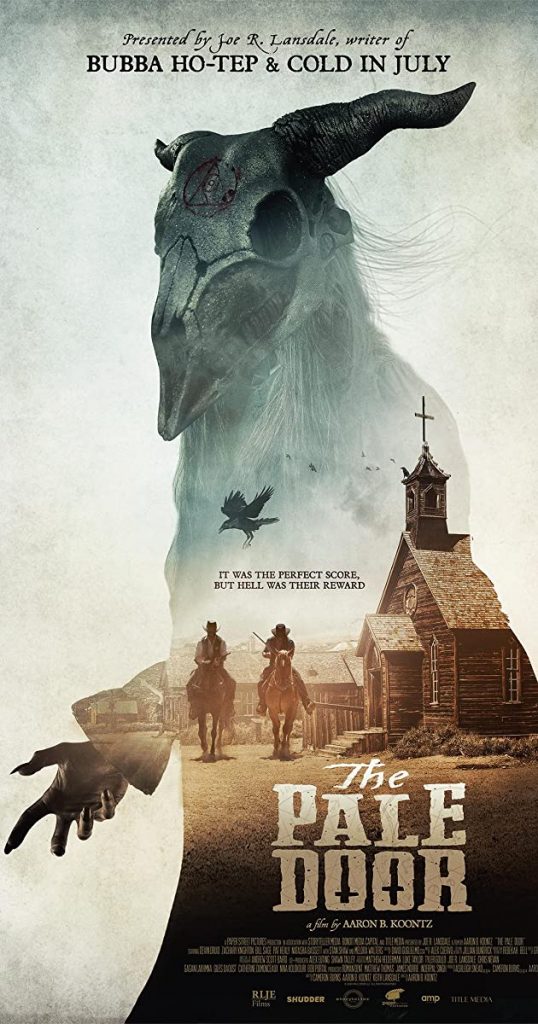 To enter, simply head to FreakSugar’s Facebook and Twitter pages, find this link, and tell us your favorite western or favorite horror film in the comments section of the social media posts.

You can enter on both FreakSugar’s Facebook and Twitter pages, which means you have TWO chances to win! The contest ends on Monday, October 6th, at 11:59 PM Eastern time.

For more info on the film, here’s the official synopsis:

Directed by Aaron B. Koontz (Scare Package) who also co-wrote the script with Cameron Burns (Camera Obscura) and Keith Lansdale (“Creepshow”), THE PALE DOOR stars Devin Druid (“13 Reasons Why”), Zachary Knighton (“Happy Endings”), Noah Segan (Knives Out), Stan Shaw (The Monster Squad), Pat Healy (Cheap Thrills), Bill Sage (We Are What We Are), Melora Walters (“PEN15”, Magnolia) and Natasha Bassett (Hail, Caesar!). RLJE Films will release THE PALE DOOR on DVD for an SRP of $27.97 and Blu-ray for an SRP of $28.97.

In THE PALE DOOR, the Dalton gang find shelter in a seemingly uninhabited ghost town after a train robbery goes south. Seeking help for their wounded leader, they are surprised to stumble upon a welcoming brothel in the town’s square. But the beautiful women who greet them are actually a coven of witches with very sinister plans for the unsuspecting outlaws – and the battle between good and evil is just beginning.