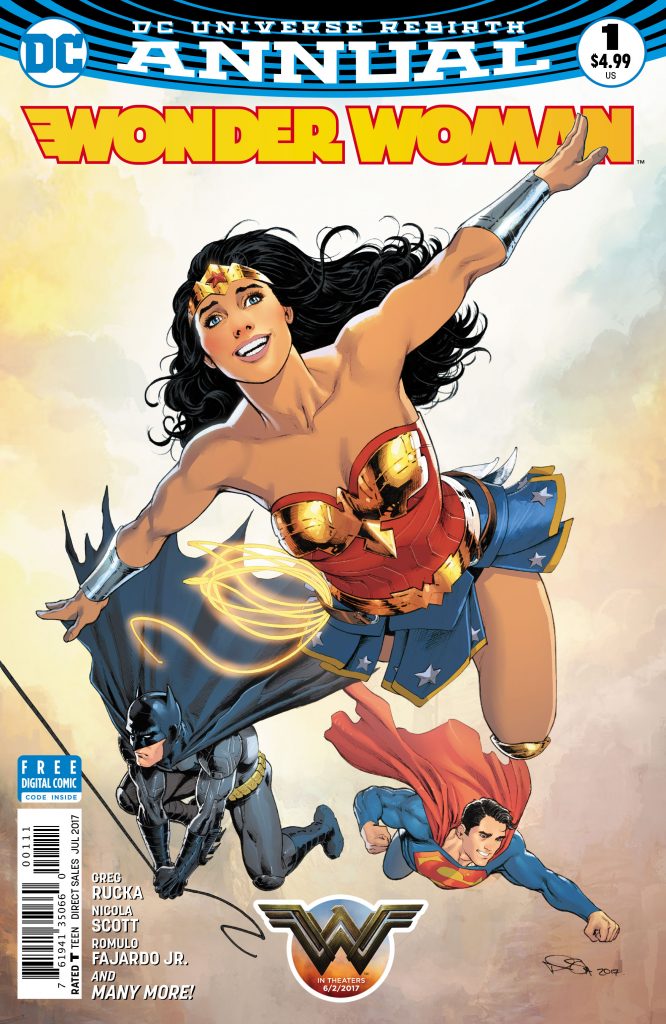 This week, DC Comics, Warner Bros., and, really, much of the world is celebrating Princess Diana of Themyscira, the hero known as Wonder Woman, all in honor of both her 75th anniversary and her first feature film premiering this Thursday night. It’s no coincidence, then, that DC would want to amp up the excitement—as if they really needed to—in anticipation of the movie’s grand debut with this week’s Wonder Woman Annual #1, featuring a compilation of short stories highlighting different aspects of the princess’ personality and history.

While Diana is certainly known for her might and strength, both in her warrior’s prowess and superhuman skill, the hero is known just as much for gentleness and desire to bring a peaceful end to diffuse a situation rather than solely relying on fists and the sword. This is especially on display in the annual’s tale “The Last Kaiju,” brought together by the team of writers Collin Kelly and Jackson Lanzing, artist David LaFuente, colorist John Rauch, and letterer Jodi Wynne. 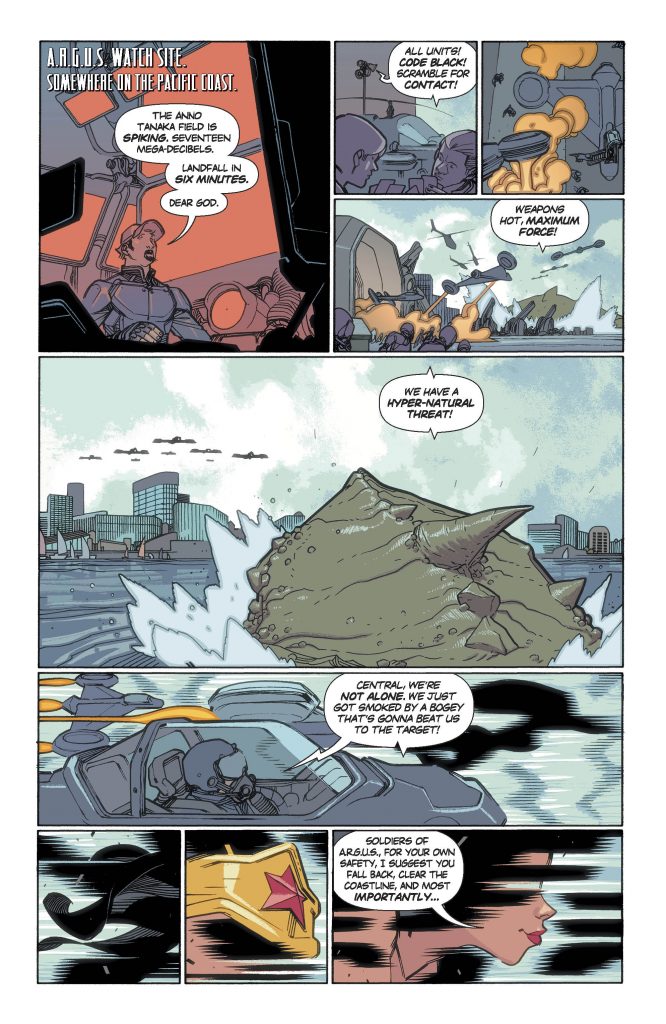 As the title suggests, the yarn recounts a Godzilla-type creature appearing off the Pacific Coast, causing panic in an A.R.G.U.S. government watch site and the citizens witnessing the kaiju’s emergence. While the creature does no harm initially, A.R.G.U.S.’s and, admittedly, Wonder Woman’s first impulse is to react with violence; fear of the unknown overtook their better impulses. However, after using her Lasso of Truth to communicate with the beast, she comes to discover that it hasn’t come to America to wreak havoc, but because it’s a child, the last of its kaiju kind. It’s lonely and longs for interaction and companionship. In the end, Diana comes up with a solution where the creature can live with others similar to itself, as well as promising a long-lasting friendship herself.

There’s something about the story that is poignant on a number of levels. Kelly and Lanzing speak to a loneliness that we can all sometimes feel; even if we aren’t necessarily the last of our kind, many of us can feel the sting of the notion that no one knows how we feel or think that we’re alone in our pain. This might be why Wonder Woman connected so quickly with the kaiju; until she met folks like Batman and Superman, she certainly could have felt isolated in her power and uniqueness among mortals. While she couldn’t bring back the family it lost, Diana could introduce the kaiju to spirits similar to its own. That Kelly and Lanzing were able to comment on longing for belonging and meaning on so many different fronts in a scant 11 pages is a testament to their writing and ability to “get” Wonder Woman. 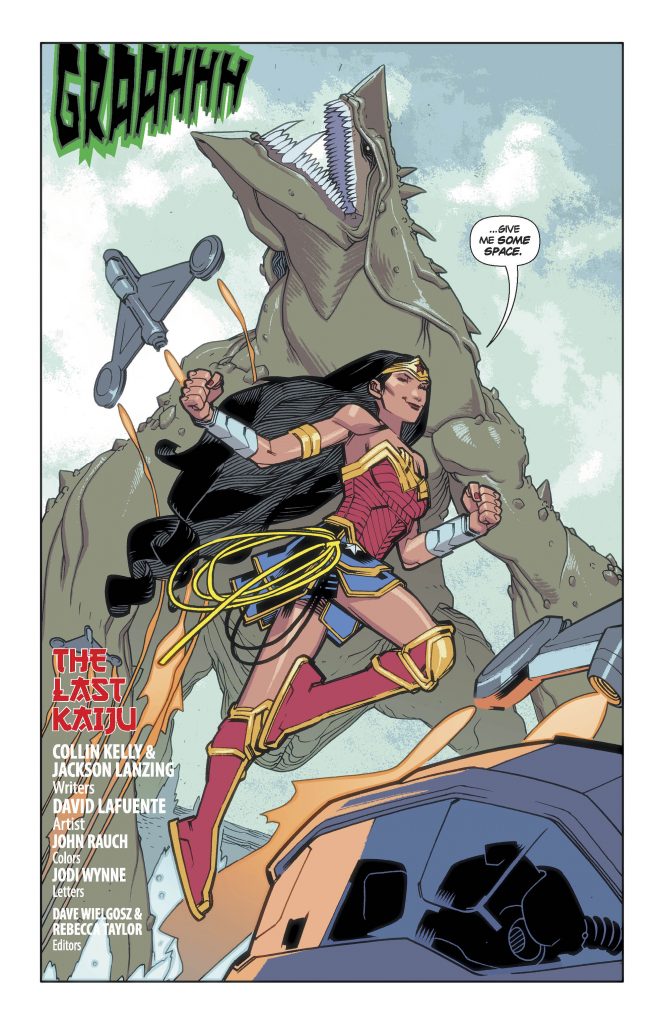 And LaFuente’s linework does so much to do a great deal of the heavy lifting to convey the emotional resonance that the writing team is trying to impress upon readers. There’s almost a narrative switch that LaFuente creates with his art halfway through the story: While the creature has a menace about him in the first few pages in the tale, as we learn its intentions and true nature, the lines seem to soften a bit. That choice does well to mirror how we change points of view as new information becomes available to us and how our hearts harden or soften accordingly. That LaFuente can convey all of that with just a stroke of his pencil is beautiful.

“The Last Kaiju,” while a fun romp that would be at home with other monster-as-metaphors films, does a nimble job at stressing just what kind of character Princess Diana truly is and the nature of her spirit.

Wonder Woman Annual #1 is on sale today from DC Comics.