Ten years ago, in the debut volume of writer Peter Hogan and artist Steve Parkhouse’s Dark Horse Comics series Resident Alien, readers met Harry Vanderspeigle, a resident of Patience, Washington, who, on the surface, is a retired doctor enjoying life in a sleepy town. In reality, “Harry” is an alien who is undercover and seeking safety until he’s rescued from Earth. Through the course of the first tale, “Welcome to Earth!”, our alien protagonist takes the guise of the Patience’s actual Harry, who dies unexpectedly. As Harry the alien acclimates to the town, he learns about life, helps solve the occasional murder, and finds love. 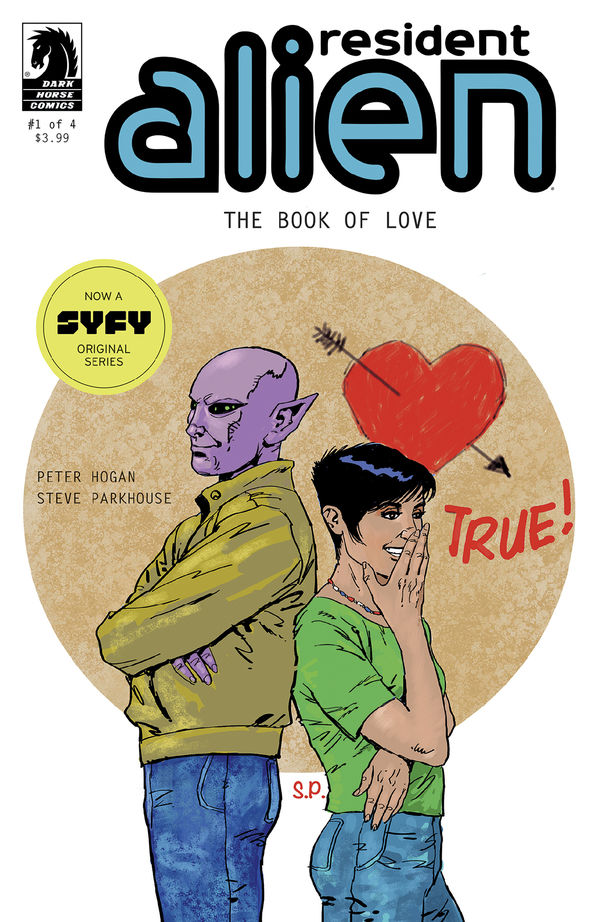 Peter Hogan: Before we get into the miniseries, what can you tell people about the world of Resident Alien?

FreakSugar: There’s a small town in Washington state called Patience, and the town doctor is called Harry Vanderspeigle, and he’s not what he seems. In reality he’s a shipwrecked alien who’s stranded here, and he’s trying to make the best of his situation; in fact, he’s kind of gone native. Though the readers see him as an alien, the people around him see him as just another human being.

FS: What is the conceit of Resident Alien: The Book of Love? Where do we find Harry and the cast at the beginning of the miniseries?

PH: Quite hard to avoid spoilers here for people who haven’t read this before. Let’s just say that one of the aspects of this that’s been bubbling under for quite a while is the will they/won’t they possible romance between Harry and Asta, and that’s right at the core of this series. It’s not just them either, as we’ll be looking at several other different romances among the supporting cast as well, and there’s also a couple of crime-related sub-plots going on, just to keep things interesting.

FS: For folks who might not be familiar with the cast, can you tell us who’s who in the world of Resident Alien?

PH: Well, this is the seventh miniseries, or Volume Seven if you prefer. So, people who’ve read the first six volumes already know what’s going on, and for people who haven’t … well, let’s just say this is a story that’s intended to be read from the beginning, so they should probably start there. The first book’s called WELCOME TO EARTH!, and there’s also an omnibus available that contains the first three books. 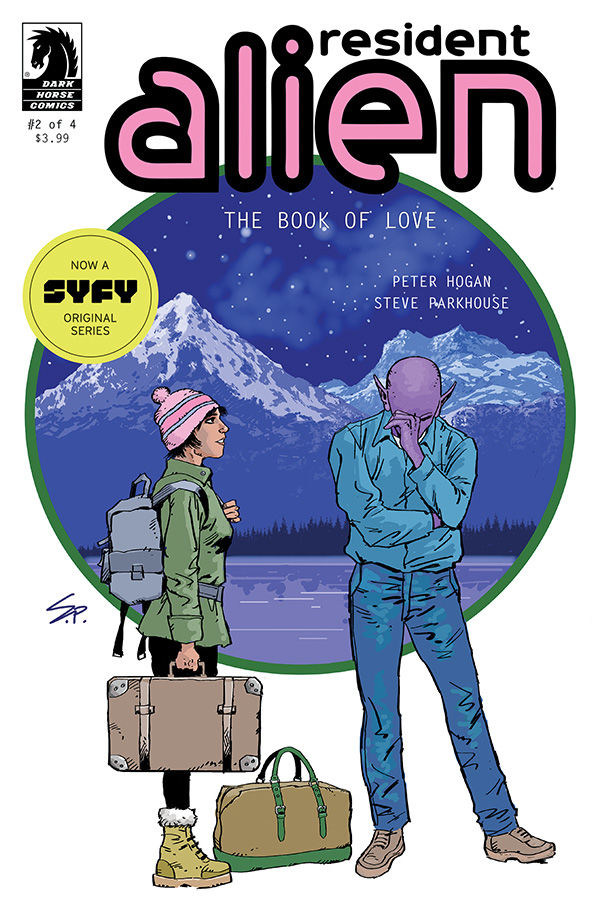 FS: How has Harry changed from the first time we met him in the first series?

PH: When we first met him, he was basically a loner, nervously hiding himself away from the world and scared his real nature was going to be revealed to a world that might treat him like a monster. Now he’s more confident, happier and a lot less nervous. He’s good at his job, he has friends and interests and a purpose in life … and possibly someone who deeply cares for him.

FS: What is it about Harry and the cast that keeps pulling you in as a creator?

PH: Well, each of the books has been partly a kind of a standalone story, but also connected to all the others in one big overarching storyline. And that aspect is still ongoing, for a while at any rate, simply because we haven’t finished telling it all yet.

FS: You’ve been writing about the Resident Alien universe for quite some time. Have there been things about Harry and the cast that have surprised you that you didn’t expect when first conceiving of your stories?

PH: Sure. The thing is, when we started we didn’t know how long we’d be around – one storyline was all we had. But because Mike Richardson thought we might stand a chance of getting this adapted as a movie or a TV show, he signed us up for a second series, and then a third, and a fourth … and so on. This is partly because it took over ten years to make that TV show a reality.

Anyway, with each story Harry’s world grew more complex, with a larger supporting cast, and dealt with a lot of different issues. It all grew very slowly and organically, and in directions I’d never have anticipated at the start. That’s particularly true now, with this book and the ones that will follow it, which are a bit different from what we’ve done up till now. So, there’ll be a few surprises in store, but hopefully our long-term readers will enjoy the ride, and stick around to see where we’re going. The agent who was trailing Harry tries to help him resolve his issues with the government, allowing things to quiet down a bit in Patience. Harry and Asta grow closer, romance blooms, and guards are let down. Life always has a way of keeping things exciting, and big things can happen in small towns!

“One of the most charming and wonderful comics being published today.” -Jeff Lemire