Last week, Marvel announced that, in addition to returning to the land of the living, founding X-Man Jean Grey would be headling a new comic–X-Men Red–and leading a team of her own. Today, the House of Ideas announced which mutants will be taking their orders from the former (and future?) Phoenix: 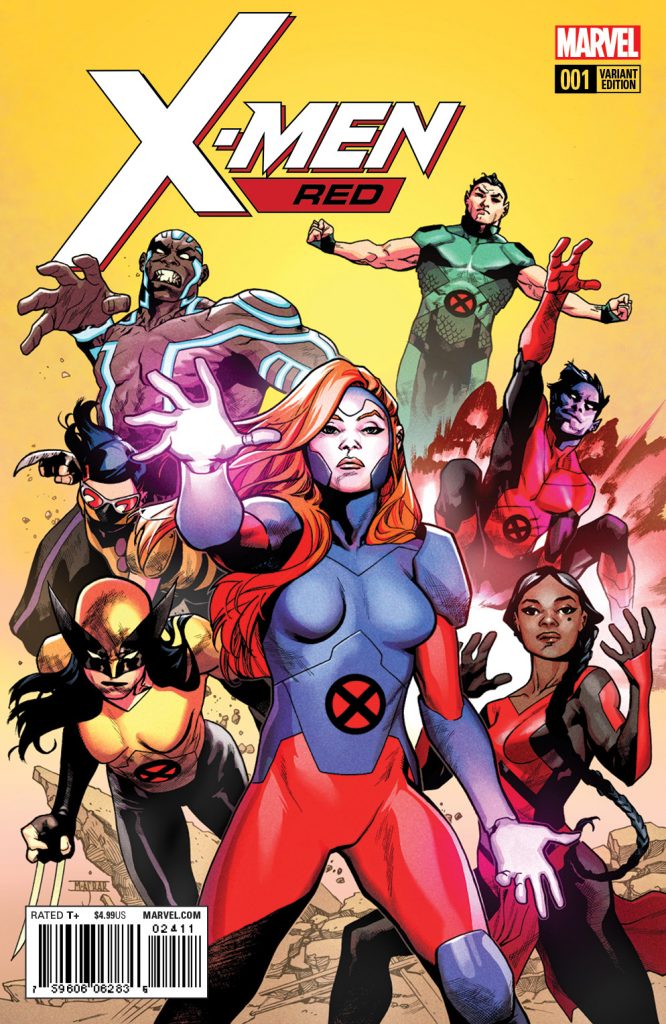 Quite a crew she’s assembled, with a flurry of disparate personalities that are sure to clash at one point or another. It wouldn’t be an X-book, though, without soap opera a’plenty. However, in Marvel’s press release, X-Men group editor Mark Paniccia noted that Jean is not just interested in a team filled with folks she trusts, but those “who can survive the oncoming storm,” whatever that may be. And hey, nice to see Namor on an X-team again, as he was an interesting variable to play off the other team members during his tenure with Cyclops’ X-Men crew.

Last week, Marvel announced the continuation of Jean Grey’s story with X-MEN RED, a brand new series written by Tom Taylor (All-New Wolverine) with art by Mahmud Asrar (All-New, All-Different Avengers Generations: The Unworthy Thor & The Mighty Thor). Today, Marvel is excited to reveal the heroes who will accompany the omega-level telepath as she battles against one of mutantkind and mankind’s most dangerous villains! This uniquely qualified strike force includes Namor, Nightcrawler, All-New Wolverine, her sister Gabby, Gentle (a mutant from Wakanda), and the mysterious new character Trinary, whose secrets will be revealed throughout the pages of X-MEN RED!

“We’ve also got one more fan-favorite hero joining the team in this first arc,” says X-MEN group editor Mark Paniccia. “As the threat level escalates, Jean needs to build a highly specialized team…not just those she trusts, but allies who can survive the oncoming storm.”

When one of the most dangerous X-Men villains returns to wreak havoc, Jean’s dreams of peace are threatened…and order starts to turn to chaos. It’s mutant against mutant this February in an all-new adventure that will have X-fans on the edge of their seats, as Jean Grey’s team takes on the Marvel Universe – only in X-MEN RED!