Tales of Daredevil, the Man without Fear, are—while often inspirational—not exactly laden with cheer or an abundance of hope. Creators from Frank Miller to Kevin Smith to Brian Michael Bendis have managed to continually one-up one another in terms of putting lawyer Matt Murdock and his costumed alter ego through the ringer.

However, writer Rob Fee, artist Eoin Marron, and colorist Mike Spicer may have matched the most dour, gloomiest, and despondent of those aforementioned writers’ yarns… and they did it in a scant six pages. 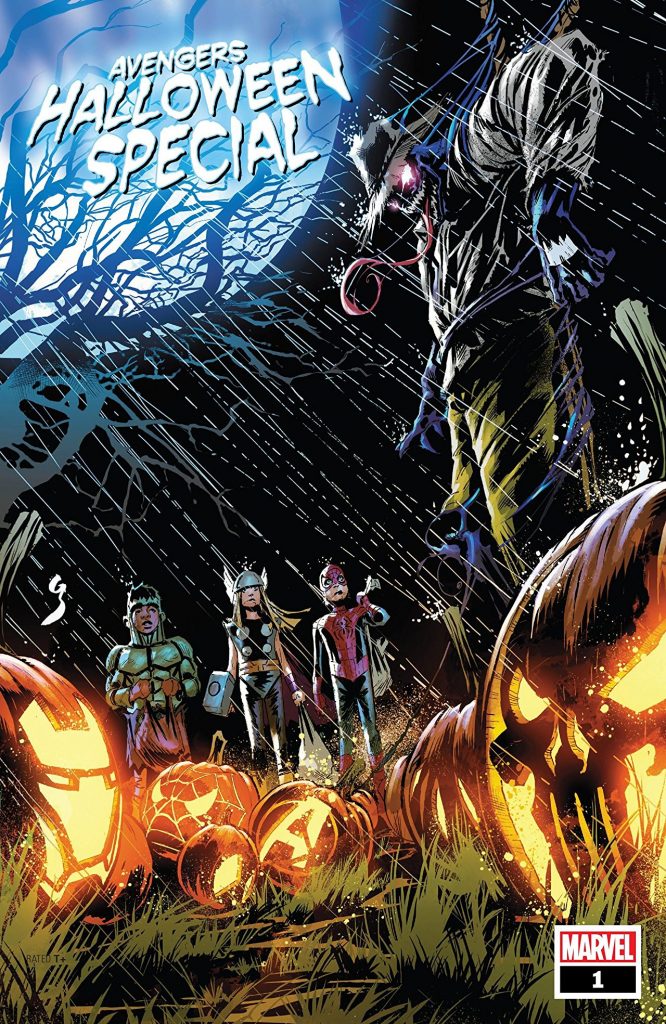 That’s the general feeling you are guaranteed to walk away after reading Fee, Marron, and Spicer’s “The Eyes Have It,” their imaginary horror tale in the Avengers Halloween Special, on sale now from Marvel. In their story, Matt Murdock, who has been blind since a chemical waste truck struck him as a young boy, enlists the talents of a renowned ophthalmologist to have donated eyes surgically implanted.

However, while it seems like a happy ending for the Guardian Devil of Hell’s Kitchen, things quickly take a dark turn, leading to murder, demonic hallucinations, and a visit from a persistent nemesis that will not turn out well. Blood ends up on Matt’s hands and his spirit in engulfed in darkness from there. His heightened senses usually keep him well aware of his surroundings, but Fee instills in the hero a desperation as Matt’s world descends into a hellish nightmare. Fee knows just which tics will push Matt over the edge, even in an imaginary story. Along with Marron and Spicer’s art that gives the story a claustrophobic feel, you’ll want to throw the issue across the room after completing the story…

…only to want to pick it up and take a tour of one man’s hell yet again. 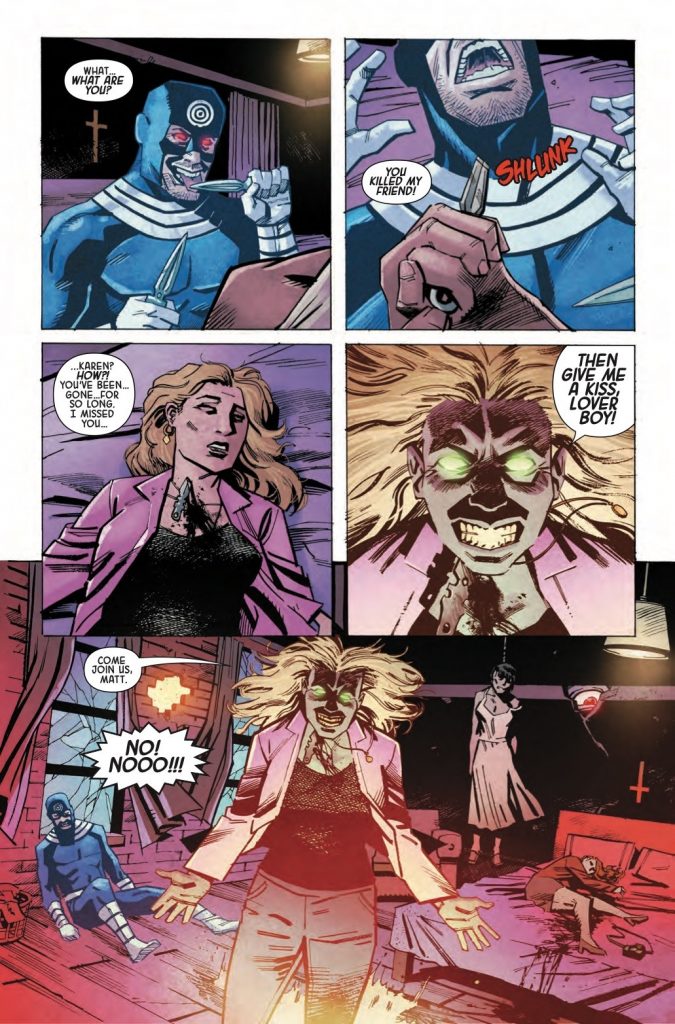 From “The Eyes Have It”

Damn, get these folks their own Daredevil series. Post haste.

The Avengers Halloween Special is on sale now.

Related: Rob Fee on Bringing the Fright in the Avengers Halloween Special