On Monday, Marvel teased readers with an image of Nico Minoru, one of the members of the teenage, rebels-with-a-cause band of do-gooders known as the Runaways. While the House of Ideas hasn’t officially announced a new Runaways comic book, the press releases do give the date of 2017, so it’s a safe bet that we’ll see a new series featuring the teens soon-ish. Further, the timing makes sense, with the Hulu series based on the comic source material hitting next year. Today, Marvel gave us a glimpse of a new image featuring Runaway mainstay Chase Stein, son of mad scientists, wielder of the Fistigons, and, as the teaser says, friend of a dino. 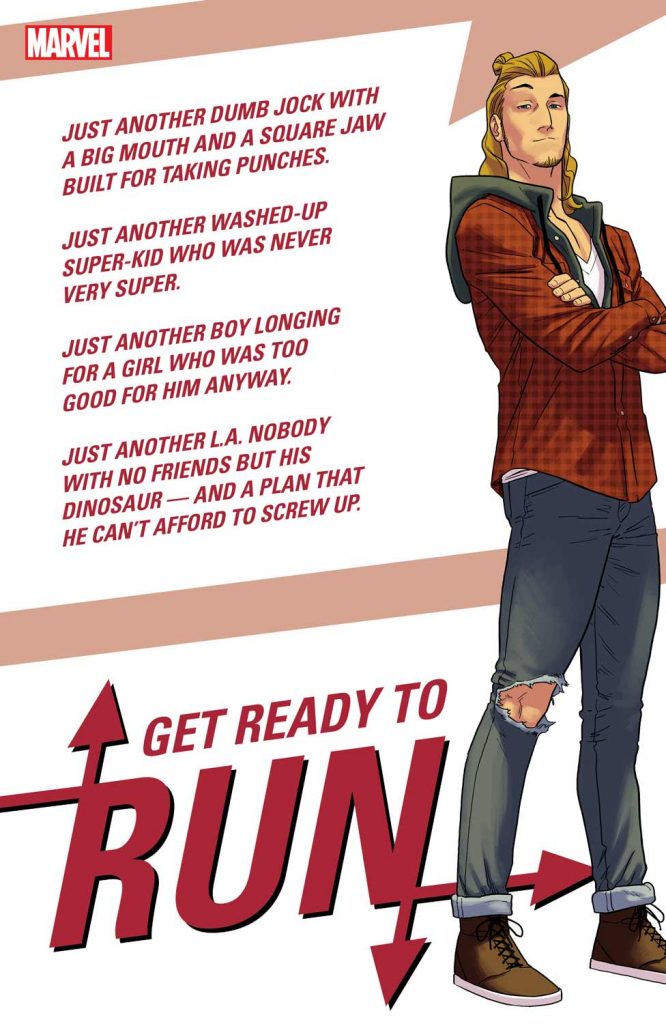 A couple of things that are pretty nifty about these released Runaway images so far: One, Marvel has clearly allowed the kids to grow up a bit, while still looking young folks in their mid-to-late teens/early 20s. That’s a difficult thing to pull off, and the promo art does that well. Secondly, the lyrics that have been dropped with each picture evoke thoughts of rebellion and words from the actual Runaways band featuring Joan Jett and the crew. Whether that’s intentional or not, it’s a nice touch and shows a commitment on Marvel’s part to do right by the characters.