In just a couple of days, Batman v Superman: Crazy Little Thing Called Love (or Dawn of Justice if you want to be technical) hits theaters. Early reviews from folks who’ve seen the film during Sunday’s red carpet premiere indicate that the movie is good sauce and is more-than-satisfying superhero fare. While we’ll have our review for you on Thursday night, in the meantime we’re continuing our coverage of some of the less well-known characters who’ll be making an appearance in the superhero-stuffed mega-ultra film. Last week, we gave you some background info on Lex Luthor’s assistant Mercy Graves. In this installment, we’re putting under the microscope the bony Kryptonian-killing machine known as Doomsday. 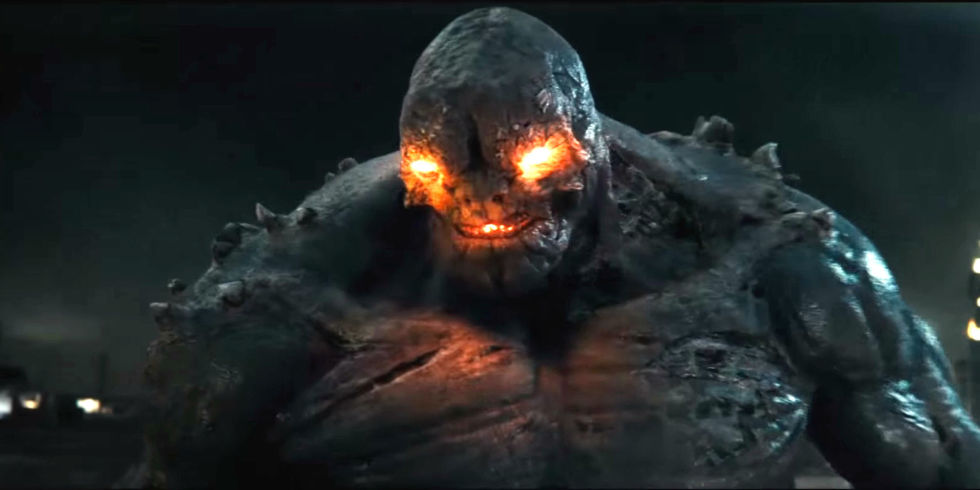 To say that Doomsday is not an easily recognizable character is a bit of a cheat, really. The rampaging Superman villain claimed notoriety pretty soon after his inception and introduction to the Man of Steel mythos as the monster who murdered Kal-El of Krypton. Conceived by the creators writing the Superman family of comics back in 1992, the “Doomsday” storyline, according to a documentary, was the result of heavy scrambling on the part of those writers to replace their planned storyline of marrying off Lois Lane and Clark Kent. With the ABC network’s Lois & Clark: The New Adventures of Superman ordered to a full series, DC Comics was asked to hold off on hitching Lois and Clark until the story could take place at the same time as the nuptials on the show. So instead, the Superman scribes came up with a story in which Superman would die and, eventually, reemerge. 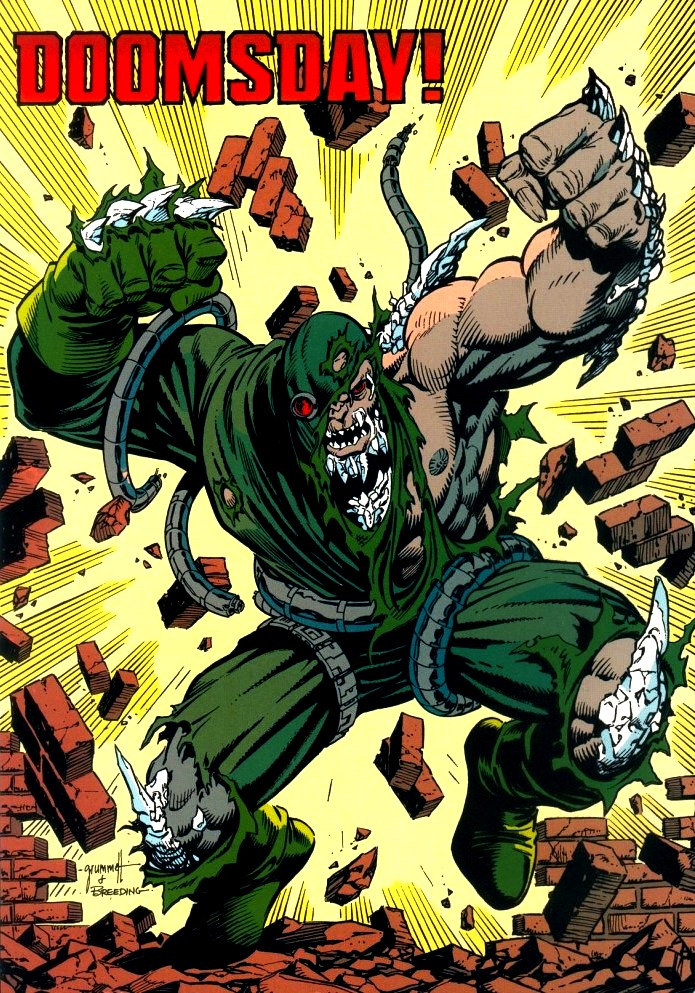 The story became huge news, with several outlets reporting on the death of DC’s first hero, not realizing, as most comic fans know, that death in comics is never permanent and that Superman would eventually be back in fighting shape.

But what was the story? Distilled to its most basic form, the tale involved an unstoppable killing machine escaping a metal prison deep beneath the Earth, rampaging his way across the United States’ east coast. Tearing through Justice League members who sought to stop his path of destruction, the monster, dubbed by reporters as Doomsday, eventually met head-on with the Man of Steel, appearing to have a fiery anger for the Metropolis Marvel (more on that in a bit). In what amounted to a slugfest that culminated in Clark’s home of Metropolis, Superman and Doomsday eventually both died at each other’s hands in front of The Daily Planet office building. –ish. Neither were actually dead and both got better. COMICS! 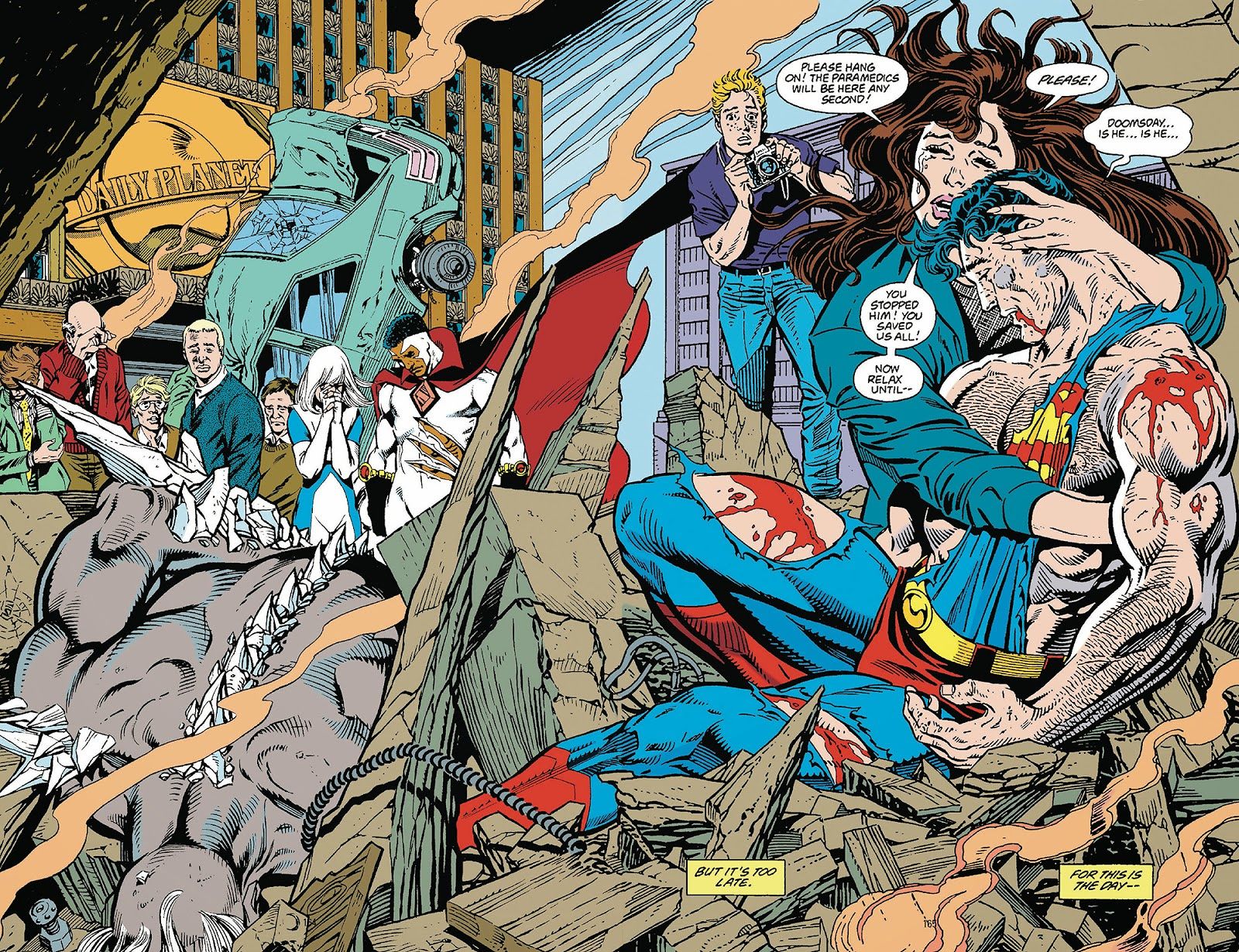 After being flung into space by a cyborg/Kryptonian hybrid pretending to be Superman, Doomsday awoke during his flight through the void, eventually landing on Apokolips, home of Superman and Justice League foe Darkseid. During his time on Apokolips, Superman learned that Doomsday is a result of cruel and repeated cloning experiments by proto-Kryptonians 250,000 years ago, hoping to tame the planet’s volatile environment. Every time the creature who would be Doomsday died, scientists would take the remains and clone his body in an attempt to accelerate evolution. As a result of the memories of these experiments, Doomsday grew to hate all life, particularly Kryptonians, hence his hatred for Superman. In addition, death seems to be only temporary for the monster, as he always returns from seemingly utter destruction due to genetic manipulation on his person.

After escaping his captors and leaving Krypton, Doomsday eventually would up on several worlds, laying waste to whatever life was in his path. One alien race, seemingly killing the creature, contained his body in a metal prison and flung it into space, where it would land on prehistoric Earth and found itself buried beneath the planet’s crust. When Doomsday awoke, he began his reign of terror once more. 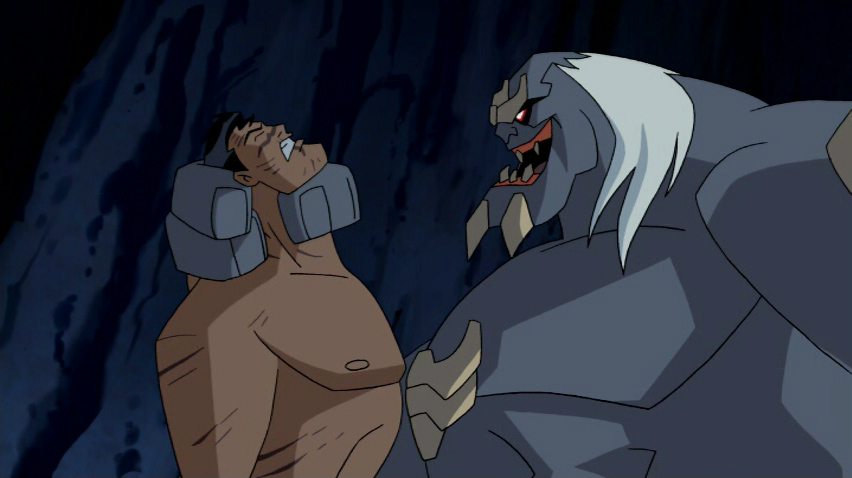 Superman and Doomsday in the JUSTICE LEAGUE cartoon

Following his time on Apokolips, Doomsday would crop up time and again to put Superman’s read undies in a twist, never being able to be defeated the same way twice. While his origin seems to have changed with DC’s “New 52” line-wide reboot, we still don’t know if his conception is the same as in previous Superman stories. In the DC Animated Universe, Doomsday is a result of imperfect cloning of Superman to create a creature superior to the Man of Steel who hates the hero. On the WB’s Smallville, on the other hand, Doomsday was born of genetic manipulation by Kryptonian criminals General Zod and Faora, who sought to use their creation to kill Superman. 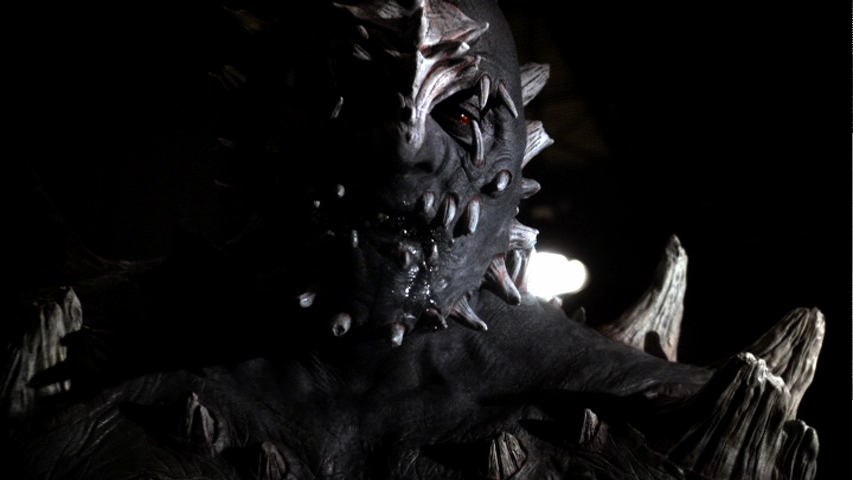 What does this mean for Kal-El in Batman v Superman: Dawn of Justice? It’s unclear, although rumors suggest that Jesse Eisenberg’s Lex Luthor will somehow bring about the creation of the murder creature using the DNA of General Zod, whom Superman killed in Zack Snyder’s previous DC Comics adaptation Man of Steel. What we do know is that in Batman v Superman, Doomsday looks a bit like a steroid-infused Goomba from the Super Mario Bros. movie. Just throwing that out there. Now you can’t unsee it, am I right?

Now that you’re kinda-sorta caught up on the Superman ne’er-do-well, we’ll see if any of this plays out when Batman v Superman: Dawn of Justice hits theaters this Friday.