Yesterday, we posted images of five of the seven members of the Avengers of 1,000,000 BC Marvel has released that will appear in this fall’s The Marvel Legacy. Today, the House of Ideas has released designs by Mike Deodato, Jr. of the final two ancient Avengers who will pop up in the one-shot, Odin and Ghost Rider. 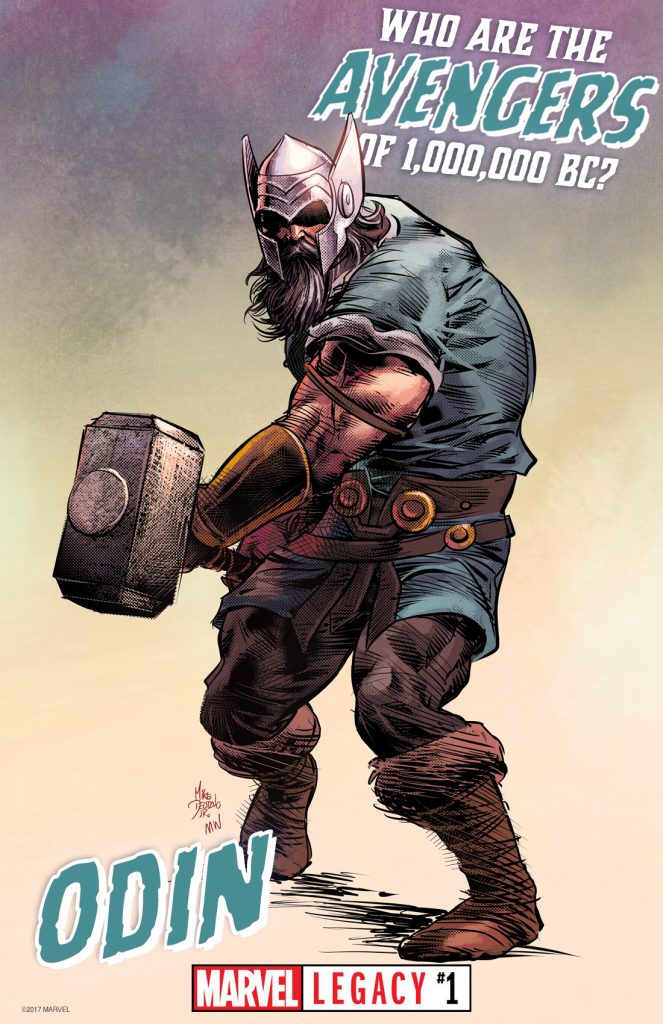 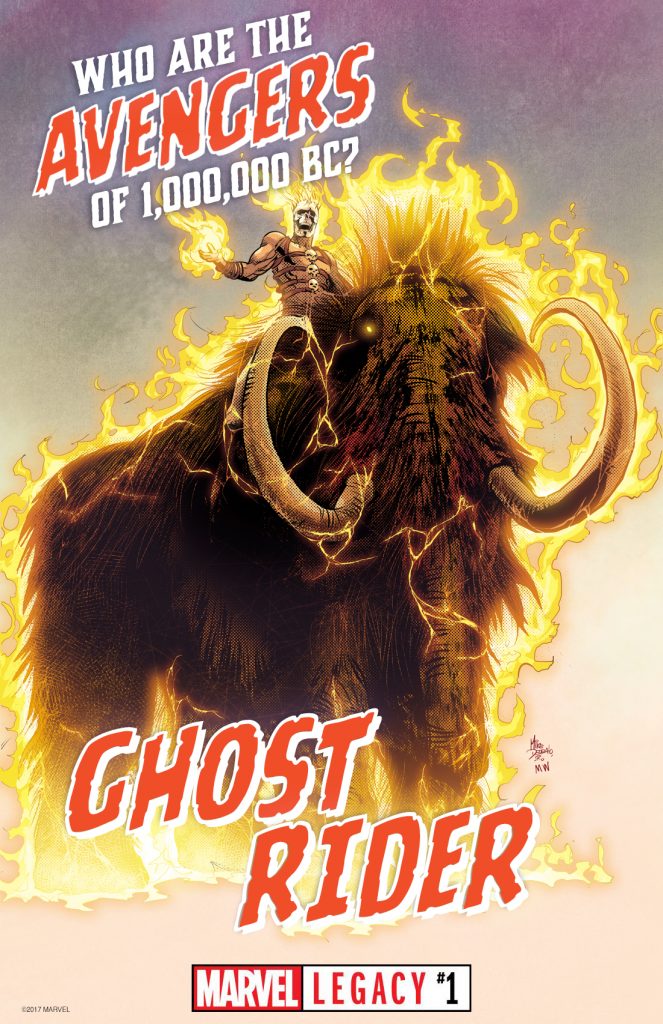 Odin’s design has the clearest nod to the Avengers of our era, looking strikingly like his son Thor, down to the helmet and bearing the enchanted hammer Mjolnir. With the helmet casting the upper part of his face in shadow, however, it’s difficult to tell whether Odin is missing an eye and his given it up at this point in exchange for cosmic wisdom. As for Ghost Rider: yes, the idea of a prehistoric Ghost Rider might seem silly at first blush, but all of the Marvel Legacy images we’ve so far just seem big and brazen and the idea that Marvel is giving us Ghost Rider atop a damn mastodon (mammoth?) is just the best. We need more prehistoric Ghost Rider in our lives. Go on with your bad self, Marvel.

The acclaimed team of writer Jason Aaron (Mighty Thor) and artist Esad Ribic (Secret Wars) reunite for an all-new 50-page blockbuster one-shot that will take you through time to the current Marvel Universe, showing you how it’s truly “all connected.” A true homage to Marvel’s groundbreaking stories, MARVEL LEGACY brings your favorite characters together for exciting and epic new stories that will culminate in returning to original series numbering for long-running titles.