Marvel TV news has been popping up all over the Interwebs this week, causing funny book fans’ hearts to go all a-flutter. Let’s see what’s going on with A.K.A. Jessica Jones and Marvel’s mutant cash cows.

Marvel’s Netflix series A.K.A. Jessica Jones, based on the comic book Alias by Brian Michael Bendis, already announced this week that one-time Doctor Who star David Tennant would be joining the show as Jessica’s adversary Killgrave, the Purple Man. That casting news was welcomed and, frankly, a bit unexpected, but maybe not quite as the bit that Marvel announced today: Patsy Walker, the hero known as Hellcat, will be joining as a character and will be played by actress Rachael Taylor. In her incarnation on A.K.A. Jessica Jones, Patsy will go by Trish in her normal life and as Patsy on the job as a radio personality. The official description of her character for the Netflix series indicates that she will act as best friend of the show’s protagonist and former superhero-turned-private investigator Jessica Jones. While this veers off from the continuity in the original Alias series, it makes sense that the showrunners would add a character for Jessica to play off of during her investigations, something largely missing in the comics. No word whether there will be a connection to her past of derring-do as seen in her four-color adventures.

While waiting for A.K.A. Jessica Jones to hurry up and debut on Netflix, in the meantime check out our article about the comic book source material here! 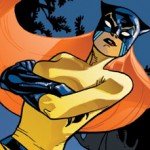 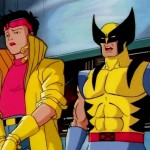 ALL OF THE YELLOW!

If you didn’t grow up as a teen in the 1990s, you missed out on some kickass comic book-based cartoon series. The trifecta at the Fox Network of Batman: The Animated Series, Spider-Man, and X-Men were the ultimate way to help the world of middle school melt away, if just for a little while. Apparently, Fox is getting hit by a wave of nostalgia, as word is that the network would like to develop a live action series based on Marvel’s merry mutant X-team. Okay, maybe not nostalgia, but maybe giddiness at the prospect of cashing in on the same green that other comic book-based series are grabbing. And who can blame Fox? There are a whole slew of comic book shows either currently on air or in development, including (deep breath) Arrow, Agent Carter, iZombie, The Flash, Lucifer, Supergirl, Titans, Agents of S.H.I.E.L.D., A.K.A. Jessica Jones, Daredevil, Luke Cage, Iron Fist, The Walking Dead, and Preacher.

However, Fox might run up against its cinematic rival: Marvel itself. While Fox owns the movie rights to the X-people, Fox would have to get the okay from Marvel to develop a TV series of its own. And with Disney owning the keys to both the ABC Network and All Things Marvel, it’s questionable that Disney would greenlight any potential X-Men series—not without a hefty payday, anyway. Right now, it’s all in the early stages of negotiation and guesswork and conjecture. We don’t even know which X-characters Fox would want to use in a possible series. Which character or characters would you want to see in a live action show based on Professor Xavier’s students? Let us know in the comments!