Hey gang! Welcome back for another installment of Flashback Friday, now with fewer Senate hearings on the effects of comic books on our nation’s youth! That last bit is actually on point and not my eventual dementia setting in early, as this week we look at one of Marvel’s not-for-kids comic book series, writer Brian Michael Bendis and artist Michael Gaydos’ Alias.

Published between 2001 and 2004, Alias (not to be confused with the Jennifer Garner TV series of the same name) is a series that ran under Marvel Comics’ Marvel MAX umbrella, an imprint for comics geared more toward a more mature readership. The comic book follows private detective and former superhero Jessica Jones (who went by the name Jewel during her derring-do days) as she negotiates the seedy underbelly of the Marvel universe, as depicted during the cases she takes on throughout the series. During the 26-issue run, we see Jessica interact with many staples of the Marvel U, including Luke Cage, Daily Bugle publisher J. Jonah Jameson, Jean Grey of the X-Men, Captain America, and the Avengers. Throughout the series, we also get a glimpse into how her past as a teenager and eventually as a superhero has shaped her present, both in terms of work and her relationships, and watch as she tries to come to peace with that past.

I discovered Alias around the same time that I started reading Bendis’ run on Daredevil, which was enough of an impetus for me to check out the book. Bendis had taken Daredevil who, for me, was visually appealing and had a neat premise but was never written consistently and made him and his book a thoroughly entertaining read. As such, I figured I’d take a chance with Alias, as it starred a character who Bendis had created out of whole cloth and seemed to write with the same storytelling sensibilities he approached with writing Daredevil; that is, telling gritty, street-level stories that deftly mixed realism and the broader goings-on and context of the regular Marvel Universe. 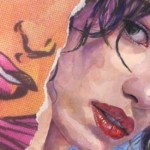 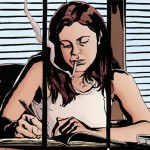 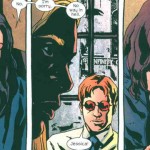 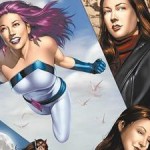 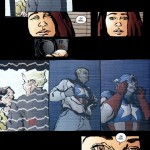 Bendis applied his Daredevil touch to Alias in that he could craft characters and stories that didn’t quite fit into the Marvel U but, at the same time, didn’t feel divorced from that universe. From taking on a case that pointed to Captain America having an affair to superheroes being kidnapped and drugged out of their minds to a mind-controlling villain who did reprehensible things to his female victims, these felt like things that would happen in a world populated by superbeings, but were stories that might not make it into a mainstream Avengers comic book.

That’s not to say that the storylines were injected with “reality” or gratuitous swearing for the Hell of it. Jessica had quite a mouth on her, but so does Jesse Custer in DC/Vertigo’s Preacher. These are both characters that, given what he learn about their past and personality, would probably curse like sailors. And there is a healthy amount of sex shown in the series as well, but it never felt like it was inserted into a story for the Hell of it. I legitimately believe Bendis wanted to show that a female comic book character could be written who did not have to exist on one end of the spectrum or the other.

And that is the primary reason I loved and will still re-read Alias is that, at the time of the series’ publication, Bendis brought to life in Jessica a fully-formed, multifaceted female character that, at least in the context of the Big Two comic publishers of Marvel and DC, was a rarity. True, there were many such characters represented in independent comic books, such as Strangers in Paradise, but Marvel had been woefully behind. Female characters like She-Hulk would secure solo titles, only to have them cancelled due to lagging sales and/or issues at the editorial level. Women figured prominently in titles such as The Avengers and The X-Men, but those team books rarely had female leaders. And, sadly, those female superheroes were portrayed as either the damsel in distress or the badass that let nothing faze her (and, if something did bother her, it usually had to do with her love life).

In Jessica, though, we got to see a character who is alternately tough and vulnerable, hard yet not devoid of emotions. That’s the issue that a lot of writers wrestle with when writing female superheroes: They forget that female superhero characters are just people, same as their male counterparts. They’re not always badasses, and they’re not always worrying over trivial matters. Look at Spider-Man, the best instance of a male superhero who embodies those diametrically opposed ends of the emotional spectrum. He’s competent as a superhero, but he’s still human so he’s not always going to be a stone-cold rock of a man. Nobody says boo when he alternates between fretting over his fears because that’s what humans do. Bendis seemed to recognize this and wrote Jessica as a person who could worry about making the rent or her reputation in the superhero community while at the same time solve cases and hold her own in a fist fight. That’s why, by the end of the series, you’re gutted when you finally see why Jessica gave up the superhero life and why you cheer when she gets a piece of herself back when she comes up against that past again.

Now is the perfect time to check out Alias, as the lead for the upcoming Netflix series AKA Jessica Jones (the name changed, I assume, to avoid confusion with the aforementioned Garner vehicle) has been cast. You can also check out Jessica in her appearances in The Pulse and a slew of Avengers titles.

That’s it for this week. Come by next Friday for our Christmas special, where I take a look back at some holiday-themed comic book tales. Until next time, stay gold, Pony Boy.