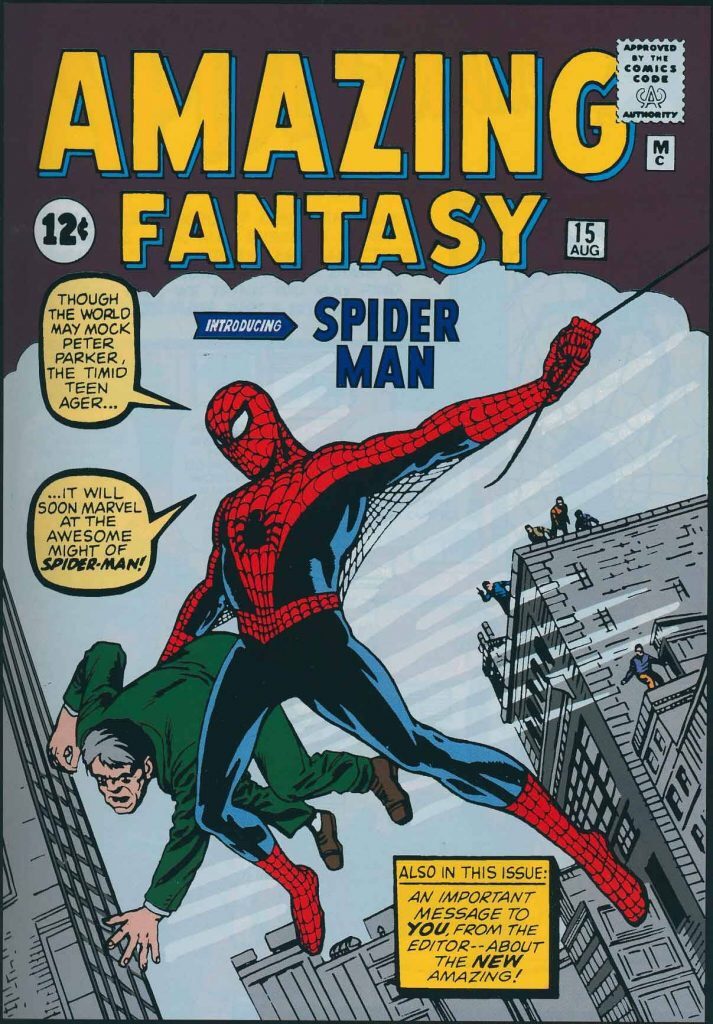 Yesterday, November 12th, Lee’s family announced that the writer and one of the godfathers of the Marvel comic book universe had passed away at the age of 95. Earlier in the year in June, Ditko passed at age 90. These two comic book titans were responsible for bringing the crimefighting wall-crawler to life in his first appearance in Amazing Fantasy #15—the final issue of the series—in 1962. It is a testament to Ditko and Lee’s abilities and craftsmanship that this novel take on heroism, both in that installment of Amazing Fantasy and later in the inaugural issues of The Amazing Spider-Man, seized the imagination and interest of the public.

There is often a conversation about the “true” creators of a comic book character: the writer who penned the hero’s tales or the artist whose brush and pen strokes make the action pop from the page. In the case of Lee and Ditko, however, it’s clear that both craftsmen were needed to make Spider-Man come to life.

Lee was a prolific writer, co-creating not just the friendly neighborhood hero, but also a bevy of comic book icons including the Fantastic Four, the X-Men, and the Avengers.  Like his creations, his public persona was larger-than-life, bringing an ebullience and a bombast that felt explosive and fun. That sensibility was ever-present in the situations Lee threw Spidey into, be they contending with the big game hunter Kraven or the many-armed bloviating Doctor Octopus. Ditko made those introductory stories dance on the page, making fans truly marvel as web-head bounced from wall to rooftop and back again.

But while Spider-Man’s movements were often lyrical, Ditko brought an insecurity to his manner as Peter Parker—and often as the webbed wonder. Because while Peter Parker was indeed a hero, Lee and Ditko never let us forget that he was still a kid in those beginning tales. He rung his hands, worried over his responsibilities to both his family and friends and the world at large. And if Peter felt like a lanky, awkward outcast before that moment when the radioactive spider changed his world, he was doubly one afterward, thanks in part to the words Lee put in publisher J. Jonah Jameson’s mouth declaring Spider-Man a menace to society and the public drinking the Kool-Aid. Peter had a tendency to be alone, by circumstance or by choice, something inadvertently mirrored in Ditko’s famous reclusiveness.

However, none of these components live in a vacuum or can be sorted to one creator or the other; their partnership was a unique kismet. Without Lee and Ditko working together, you have no pathos, no insecurity, no O. Henry ending, no bombast, and no exceptional heroism.

Without the two of them, there is no Spider-Man.

And we would all be poorer for it.