Dreaming Eagles #4 joins issues 1 – 3 in being a serviceable war comic, but not at all an outstanding one, a judgement that – barring some drastic changes in the final two issues – will likely apply to the series as a whole.

Aftershock Comics’ Dreaming Eagles #4 “A Horse and a Half,” opens with Reggie Atkinson and the other African-American airmen of the 99th Fighter Squadron getting their first look at their new P-51 Mustang fighters. Arguably the most famous American fighter of World War II, and the aircraft most associated with the Tuskegee Airmen, I was delighted to see that artist Simon Coleby had been careful to depict the P-51C, an earlier variant that lacked the familiar “bubble” style canopy of the later P-51D and had a shorter air-intake on the fuselage. This may seem like nitpicky stiff, but technical accuracy counts for a lot when it comes to war comics. 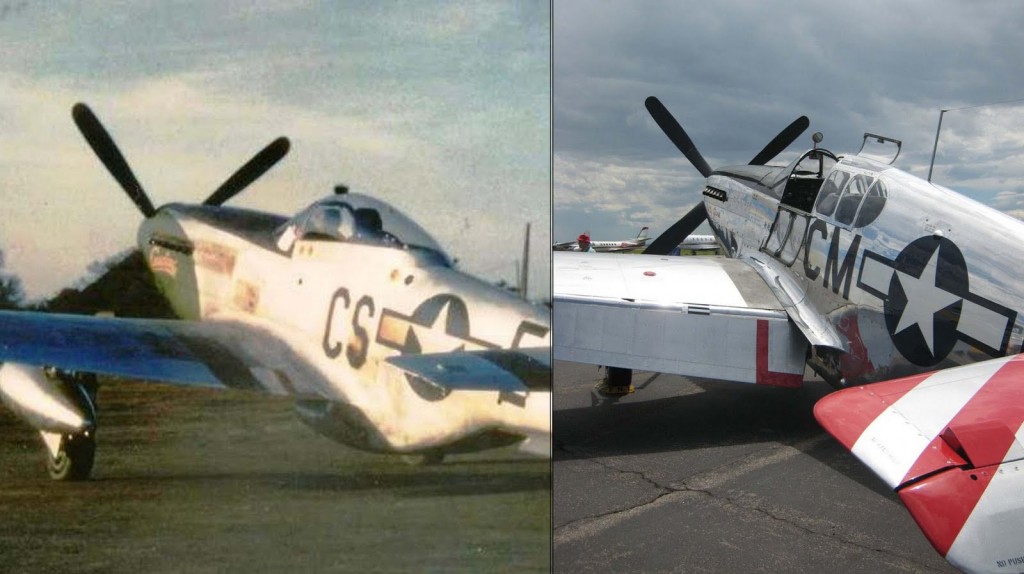 Unfortunately, this is about the only place where this issue really shines. As with previous issues, the framing device of the older Reggie recounting his wartime experiences to his son in the 1960s weighs down the story with exposition. This is exacerbated by further exposition during the inter-war storyline, until the reader is told much, and is shown little. Atkinson’s artwork also continues to be very static, most disappointingly so when it comes to panels and splashes showing the Red Tails and their machines in flight and in combat. The flow between panels is also uneven, to the point that on the second to last page, a rather important line is delivered by a character that is never introduced, appears out of nowhere, and seems to change from being clean shaven to mustachioed, and from being black to being white. This is a problem that goes beyond the art to both the writer and editors. Who is this (apparently?) white man with reading glasses and an occasional moustache who seems to understand the black airmen’s position so well?

Ennis’ trademark dark humor remains absent in this issue, adding to the plodding feel of the story. At this point, your correspondent is beginning to wonder if Ennis hasn’t sacrificed storytelling to his apparent need to get a detailed historical account of the Tuskegee Airmen on the page. Certainly, the characters of Reggie and  “Fats” Robbins (the only other member of Reggie’s squadron the reader has really been introduced to) haven’t been developed since issue #1, which is a problem in a six-issue series. There is a lot of information being presented, but not much of a tale being told. However, “A Horse and a Half” stands out for being the first issue where the reader is actually shown some of the racism the pilots faced, rather than just being told about it. A Congressman on a fact-finding mission interviews the pilots after a mission, quite obviously trying to trick them into admitting that they have problems serving alongside white units, and all the while claiming to be on their side. Unfortunately this sequence is very heavy handed, and the Congressman a bit too obvious, even for a presumably Jim Crow Dixiecrat. The dialogue is wooden and clunky, while the human figures are awkwardly drawn in exaggerated postures, and the congressman becomes yet another victim of the moustache that is there in one panel and gone in the next.

In the final analysis, Dreaming Eagles #4 joins issues 1 – 3 in being a serviceable war comic, but not at all an outstanding one, a judgement that – barring some drastic changes in the final two issues – will likely apply to the series as a whole. 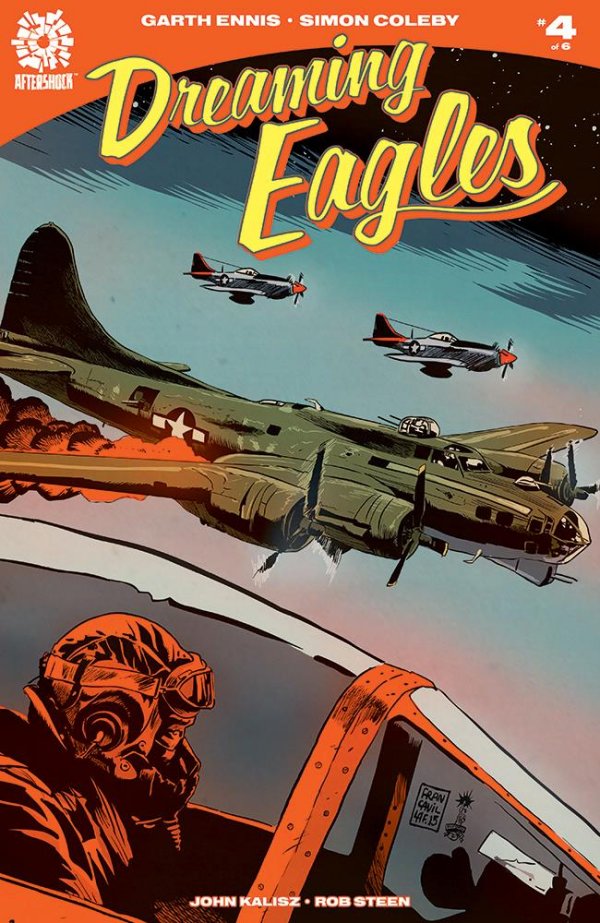