Over the past 60 years the kinds of wars fought by the United States and its allies have changed dramatically. After a brief period of major combat operations, modern conflicts too often devolve into an ongoing, asymmetrical conflict in which traditional military warfighters find themselves engaged against small, decentralized, non-national forces in a battlespace where the difference between the front and the rear has disappeared, and where the divisions between political and military activities, and private and public operatives have blurred to the point of invisibility.

Today, war comics have begun to reflect this reality more frequently, most particularly by taking advantage of the genre’s inherent flexibility. This is nothing new, as readers of DC’s Weird War Stories or The War that Time Forgot will quickly point out. The war genre has always been easy to mix with horror, fantasy, and science fiction, and many creators working in the field have taken advantage of the fact. Even so, the traditional war story, involving regular military forces engaged against their counterparts on the other side in one way or another, has been the genre’s mainstay. Today, that formula is the exception rather than the rule.

Instead, creators are focusing on the way that war lingers long into the so-called aftermath, both in terms of the destruction and socio-cultural upheaval left behind, and perhaps especially on the lasting effects of war on the men and women who have experienced it directly. To do so, they are moving beyond the classic war comics structure by interweaving one or more additional genres to create true generic hybrids. The most common, and arguably most natural, form begins with a combination of war and supernatural horror. BOOM! Studios’ Lucas Stand (Kurt Sutter, Caitlin Kittredge) is a prime example of this combination, with an additional layer of science fiction thrown in as the eponymous character, an emotionally wounded, drug abusing, suicidal, Iraq/Afghanistan vet, is drafted into a war against demons in which he travels through time to different wars from the Old West to World War II to Vietnam. Stand is quite literally fighting demons, although which ones may actually be his remains open to question. 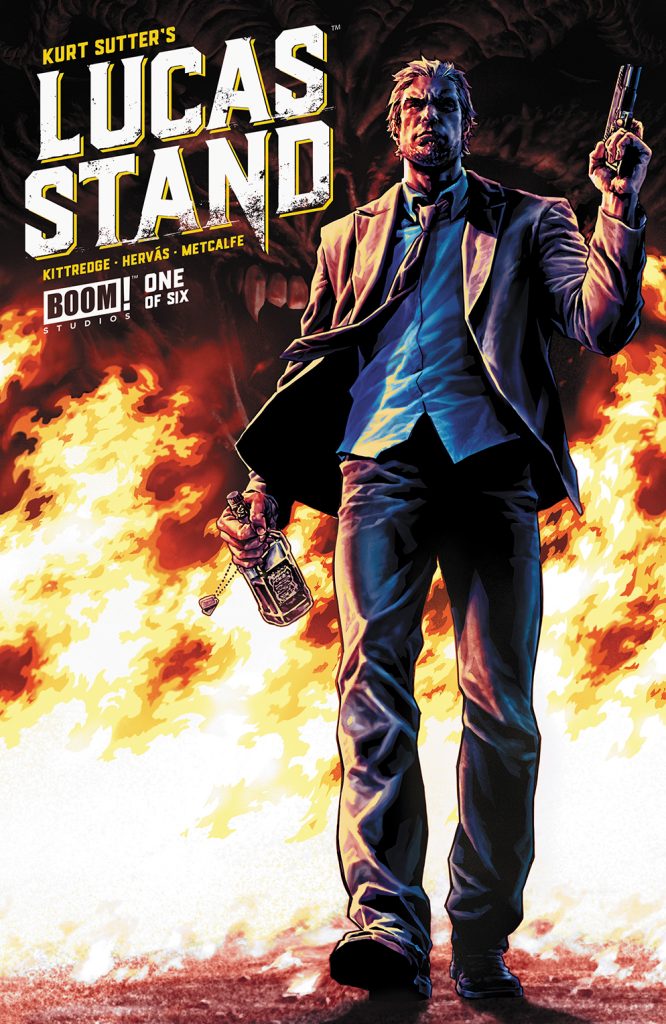 BOOM! also produced the 8 issue Burning Fields (Michael Moreci, Tim Daniel) which successfully blended war, Lovecraftian horror, and crime/noir in their tale about a former US Army investigator who returns to Iraq to dig into the mysterious deaths of several oilfield workers. Fittingly in a story set in the oilfields and in the grey areas between US military, private contractors, and Iraqi authorities, the horrors come from beneath, and old secrets are unearthed. 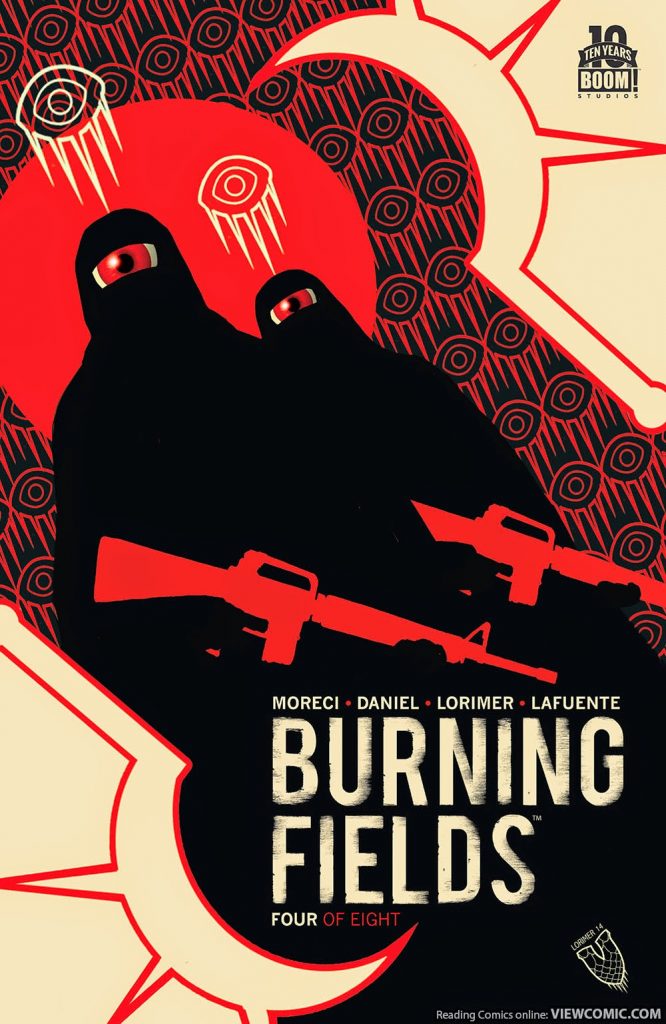 Tet (Paul Allor, Paul Tucker) from IDW is a somewhat more conventional tale about a Vietnam veteran who was never able to escape his experiences, but both romance and crime are integrated to weave a mystery that spans several decades,and three hearts that really doesn’t end well for anyone. 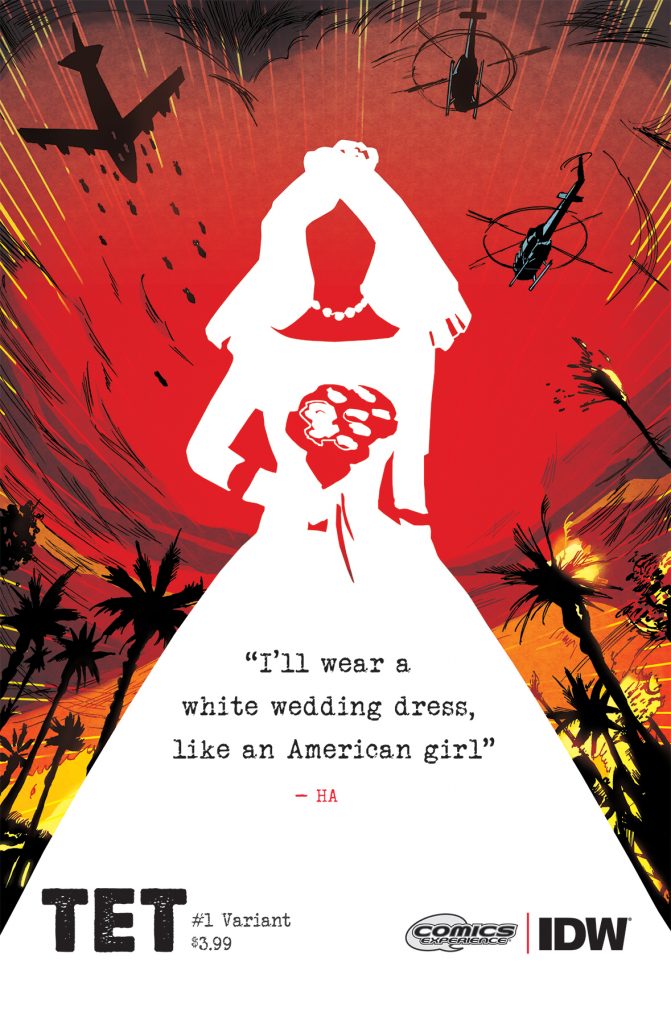 As a final example, consider Vertigo’s brilliant Sheriff of Babylon (Tom King, Mitch Gerads). Literally a war crime story perfectly capturing the bewilderingly complex and uncertain social and political situation in Baghdad in the wake of the US led invasion of 2003. Like Burning Fields, Sheriff of Babylon operates in the spaces between the shifting, often unidentifiable jurisdictions of a variety of government, military, corporate, and cultural authorities, and does a stunning job of revealing a sheer brokenness that is very real, and very terrifying. 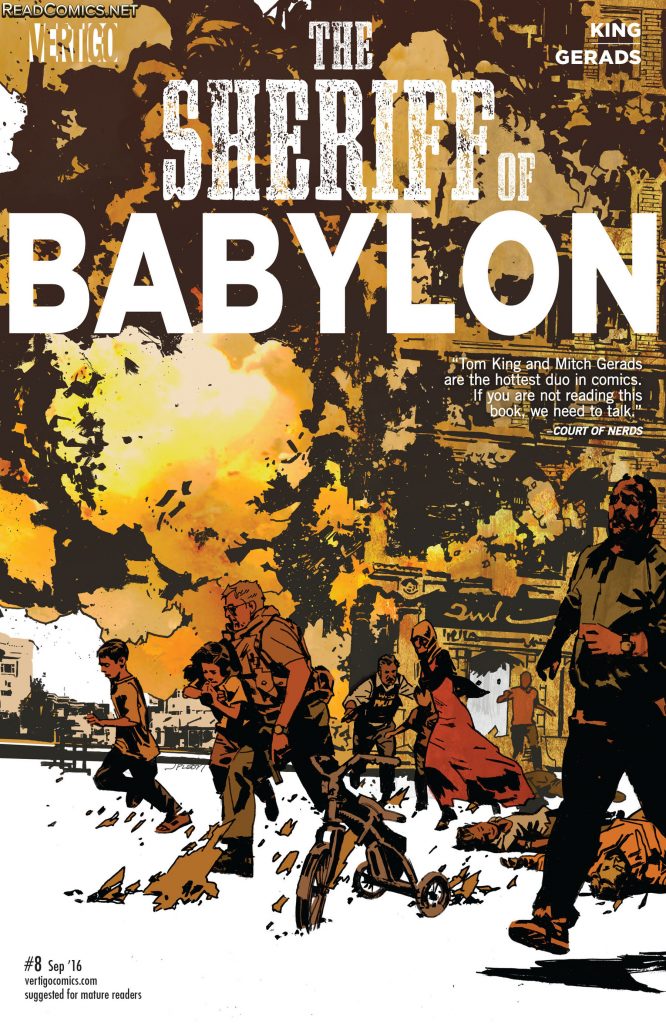 Cover for The Sheriff of Babylon #8.

So what to call this new wave of hybrid war comics? In going back and forth with it for a few weeks, I’ve settled on “post-war comics” because all of these take place after major combat operations have ended, in a kind of weird period when things are incredibly unsettled, a liminal space between all out combat and real peace, a place where it feels like anything, for good or ill or both, can happen. I am not writing simply in terms of governments or states, but most importantly in very intimate, individual terms. Every single one of the protagonists in the series above are damaged human beings – wounded vets who look hale and hearty – but who have been dealing with a world of war and horror and crime and now find that they no longer speak the language of Wal-Mart, mortgage payments, and The Big Bang Theory.

Make no mistake, these are all war comics, just from a different perspective, and each is asking the same basic question: how do we create meaning from all of this? Because that’s what each of these characters is desperately trying to do. The world surrounding them and the wars they’ve fought in it make little or no sense in the end, and haven’t for a long time now. The old certainties and structures have failed, and so now each individual must make their own meaning out of chaos, without a shred of training or experience in doing so. These comics are also asking the reader to do the same thing, if s/he can. Lovecraftian horrors from beneath the oilfields? Investigations that reveal that some lives matter far more than others, even when all life is cheap? The good guys all too often aren’t? The most important moments of your life weren’t really what you’ve thought they were for all of these years? Some demons are more trustworthy than others? Is there anything here that, when couched as metaphors, really surprises you?  All of it is simply the stuff of day-to-life in way too many places in the world right now, the simple, daily realities of modern war. That’s the war story being told in these books, and being lived out every day by tens of thousands of men and women. It’s just the post-war. Hope you brought your helmet.