While crafting Surgeon X, Sara Kenney’s Image comic about an apocalyptic future where antibiotics have lost their effectiveness and the resulting chaos that ensues, the writer consulted a variety of scientific experts to make her tale as true-to-life as possible. One such expert is ethicist and philosopher Dr. James Wilson of University College London, who collaborated with Ms. Kenney on how the ethical dilemmas that characters in Surgeon X might face.

Dr. Wilson spoke with me recently about how he became involved with Surgeon X, what ethical topics he felt the team behind the series should address, and what fiction can teach us about real life. 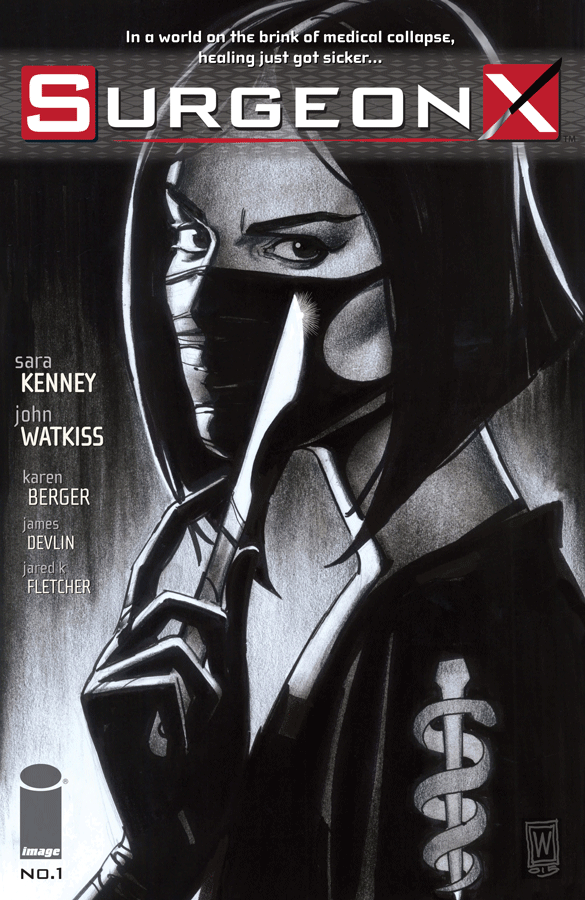 FreakSugar: How did you become involved with Surgeon X?

Dr. James Wilson: Sara Kenny approached me as a potential biomedical ethics advisory to the project in 2015. I was very intrigued by the proposal: I have a long standing interest in ethical issues raised by infectious disease, and I liked the idea of bringing the question of drug resistant infections to popular attention through a comic.

FS: You are an ethicist and philosopher with University College London. What kind of philosophical and/or ethical questions do you consider important when discussing the sciences?

JW: The most difficult thing to do when analysing emerging technologies is to avoid saying something seems naive or superficial in ten or fifteen years’ time. If you look back at the history of debates about the ethics of new technologies over the past fifty years, you see three big failures. First, failure to grasp that the technology is similar in important ways to technologies already existing, leading either to an over-excited boosterism or fear-laden doom-mongering. Second, imagining that the ethical considerations that seem most salient about a technology when it is being used on a small-scale and experimental basis will be the same as the ethical considerations that seem most salient about that technology when it has come to be used much more widely. Third, failure to anticipate the ways in which social attitudes co-evolve with new technologies.

There isn’t an easy way of avoiding these difficulties — in particular given that it may be unclear which way social attitudes are likely to evolve in this case. But perhaps the most important thing to take into account is to provide an ethical analysis that will be able to guide the further development of these technologies not just in their very earliest and experimental stages, but also remain relevant as they move towards becoming part of the taken for granted background of day to day life. 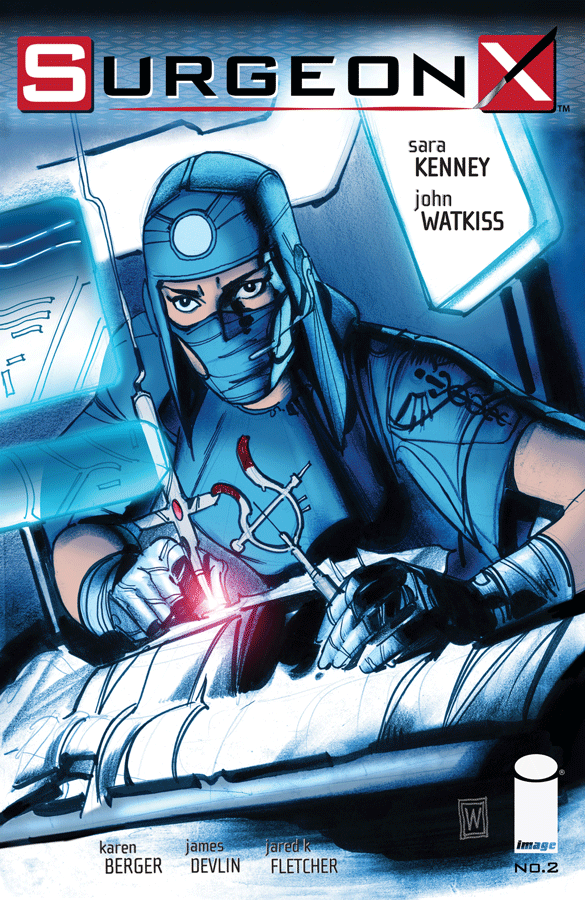 FS: Following up on that, what kind of concerns or issues did you feel were pertinent for the creators to address in Surgeon X?

JW: I was most keen for the creators of Surgeon X to explore a world that was a realistic possibility for our own, and then to have the ethical issues arise naturally out of the features of this world. I was keen for them to address the ways in which existing power inequalities in society tend to be magnified by increases of scarcity, and the ways in which inequalities outside of the domain of health have devastating impacts within the sphere of health and health care.

FS: While it is a work of fiction, Sara Kenney has made a concerted effort to make the scientific concerns of Surgeon X feel as rooted in reality as possible. What was the collaboration like with Ms. Kenney?

JW: I found Sara’s rigour and attention to realism in all aspects of the comic refreshing. She always had a clear sense of what she was trying to achieve. It was fascinating to be contacted with an off-the wall question every now and then, such as whether there are any circumstances in which it could be ethical for doctors to kill their patient, or about Martha’s taste in philosophy.

FS: Fiction is often used to teach us lessons about real life. What kind of lessons do you feel we can learn from a book like Surgeon X?

JW: I think Rudolph Virchow put it well: “Medicine is a social science, and politics is nothing else but medicine on a large scale.”

Surgeon X: The Path of Most Resistance, brought to you by Sara Kenney, John Watkiss, and Jared K. Fletcher, is on sale now from Image Comics.

Now Available for the First Time in Paperback

What if we lived in a world of antibiotic resistance and rationing, where the superbugs have won?

Set against the backdrop of a medical apocalypse in near-future London, Kenney weaves a story of ordinary people from all walks of life striving to survive in a society constantly threatened by ever-looming disease and a government headed by the Lionheart Party.

It’s the year 2036 and there are great futuristic advancements available in medicine and surgery, yet a simple infection can kill. Rosa Scott, a brilliant and obsessive surgeon becomes Surgeon X, a vigilante doctor who uses experimental surgery and black market drugs to treat patients. As Surgeon X, Rosa develops a godlike-complex, deciding who will live and who will die. Risking everything to save lives, she believes that to survive in this compromised world her own moral code is the one she must follow, ultimately warping her Hippocratic Oath to suit her own decisions—even if it endangers those closest to her.

As Berger says, “[SURGEON X] explores the consequences of a world where the bedrock of modern medicine has crumbled, where people must adapt to a dangerous new reality, and where the lead character’s subversive nature makes us question our own sense of ethics and morality. Sara’s vision is frighteningly real and beautifully executed.”

The first arc of SURGEON X was funded by a Society Award from Wellcome Trust, an independent global charitable foundation dedicated to improving health. They support bright minds in science, the humanities and the social sciences, as well as education, public engagement and the application of research to medicine.

In addition to the collection, also debuting on Wednesday, April 26th is the all-new digital exclusive SURGEON X SPECIAL: Trial and Error (Image Comics / color / 10 pages / $.99 / April 26, 2017) by Sara Kenney with art and cover by Warren Pleece (Incognegro). This standalone story set in Bristol, England in 2037 introduces Sun Walker and asks the question, when someone you love is dying, how far would you go to save them? Rosa Scott helps her cousin, Sun, a chemical scientist with a risky plan that could kill or cure. Available only on comiXology and Kindle, the Trial and Error Special was funded by the Royal Society of Chemistry.

For more about SURGEON X head over to: www.SurgeonX.co.uk.