Remember the 20+ Avengers: Infinity War posters we were treated to yesterday? Or the five from last week? Well, the Russo brothers—the film’s directors—must love us, or just really want us to make certain we don’t forget that the film is coming out soon. In any case, they popped on Twitter today to debut the movie’s official IMAX poster.

Honestly, this may the best group poster yet, as its composition strikes a fair balance between old and new Avengers and lets Captain America and Iron share equal billing. Yes, Tony may have been the first character to headline a Marvel Cinematic Universe film, but Steve has more than earned his place as the franchise’s moral center. And the placement of the Avengers stylized “A” symbol in the poster’s center elicits thoughts of the various heroes coming together for one goal.

Oh, but you know who’s not on the poster? Hawkeye. Again. Yeah, we know nothing, but it’s a safe bet that the folks at Marvel Studios have a plan for the avenging archer that they don’t want to tip off, even a little. 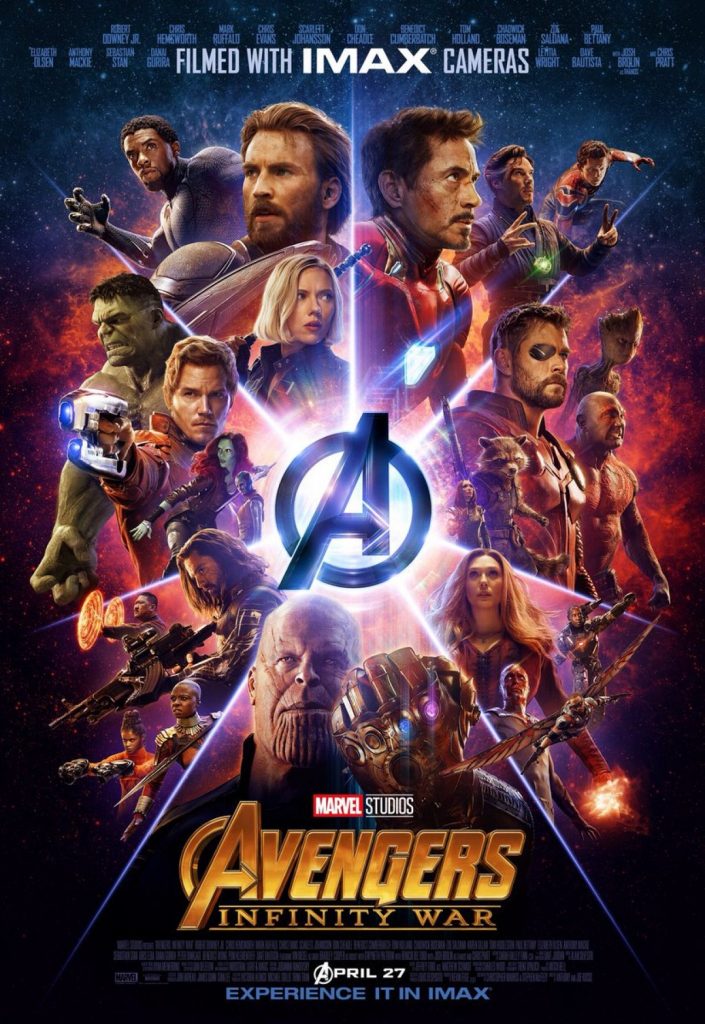