Raúl Trevino has a gift for creating heartbreakingly beautiful comic tales that tap into an elemental fear we all have: Losing a loved one. In his Webtoon comic Live Forever, Trevino explores that fear through the eyes of Sarah, a goth teen who seeks out the secret to eternal life following the passing of her mother. With the aid of her vampire neighbor Samuel, Sarah’s journey weaves in everything from goth music to how we cope with death.

Mr. Trevino, in conjunction with Rocketship Entertainment, recently launched a Kickstarter to bring the gorgeous and poignant webcomic to print form with Live Forever: The Eternal Edition. As of this writing, the campaign is fully-funded many times over, but there’s still time to secure a copy for yourself—as well as a plethora of other backer rewards.

We spoke with Mr. Trevino recently about the conceit of Live Forever, the inspiration behind the series, the Kickstarter campaign itself, and what kinds of rewards available to backers. 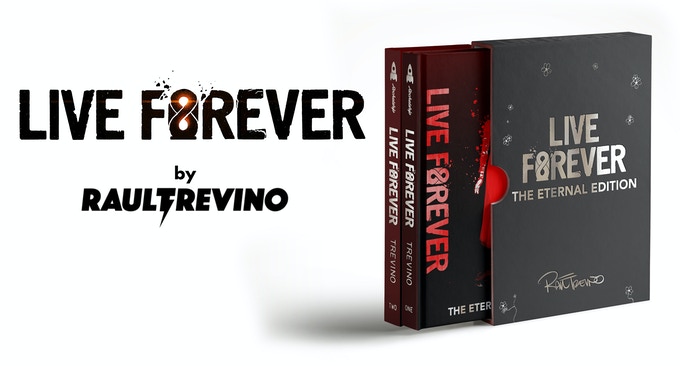 FreakSugar: For folks who might not be familiar with the series, what is the idea behind Live Forever?

Raúl Trevino: The story is about extracting—ONLY—the immortality from a vampire’s blood, using laboratory resources to get the formula of eternal life. Forget about the rest of the vampiric aspects; get only the immortality. It’s about Sarah, a teenager who has lost her mom to cancer and will do everything in her power to get Samuel’s blood. Once she gets it, a challenging maze starts. 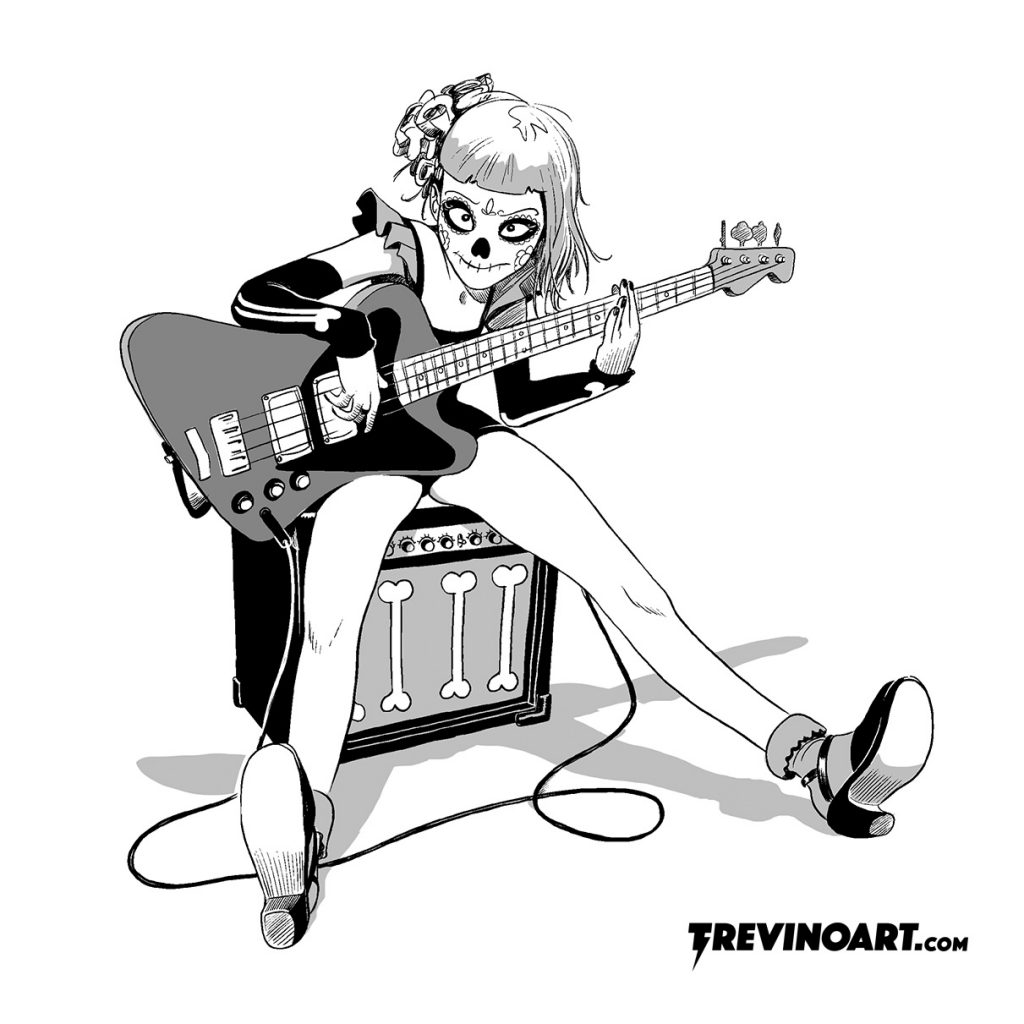 FS: You have a robust cast of characters in the series. What can you tell us about the cast of Live Forever?

RT: The way I wrote Sarah might be unconventional because she exhibits certain aspects of the antihero. She is too selfish, self-centered, and stubborn to be the lead character. It was a challenge for me—but more so for the readers—to accept her and be patient with her pain. She is hated and criticized most of the time. However, this wasn’t the intention; my perspective was to challenge the reader by witnessing her actions and, luckily, feel compassion. To testify her journey and not to judge her. But we both know that nowadays, judgment is the easiest way to deal with other people’s actions, and judging is addictive because it frees people from their internal struggle with shame. So, I warn you that Sarah will test your patience and empathy. Still, I like to think that new readers will feel proud of her at the end of her journey since it is brimming with grief and friendship.

Lilac and Oliver, the paranormal siblings, are supporting characters who play crucial roles in the story. Lilac, being a medium, will guide Sarah on her inner journey, while Oliver—after many years of pursuing Samuel—will try to end his vampirism. Oliver will surprise you with his method of investigating paranormal cases using Nigrum, which is a substance extracted by a caterpillar that lives in the subsoil. This substance is the equivalent of honey from bees, only thinner, and grants supernatural abilities depending on who ingests it.

Samuel is a character who taught me many things. I learned to understand what I was feeling while writing about him and trying to cope with my brother’s death. Towards the story’s end, I dedicated the project to my brother and Samuel because Samuel guided Sarah and me during the story. As an exiled and experienced vampire, he was the source of wisdom. 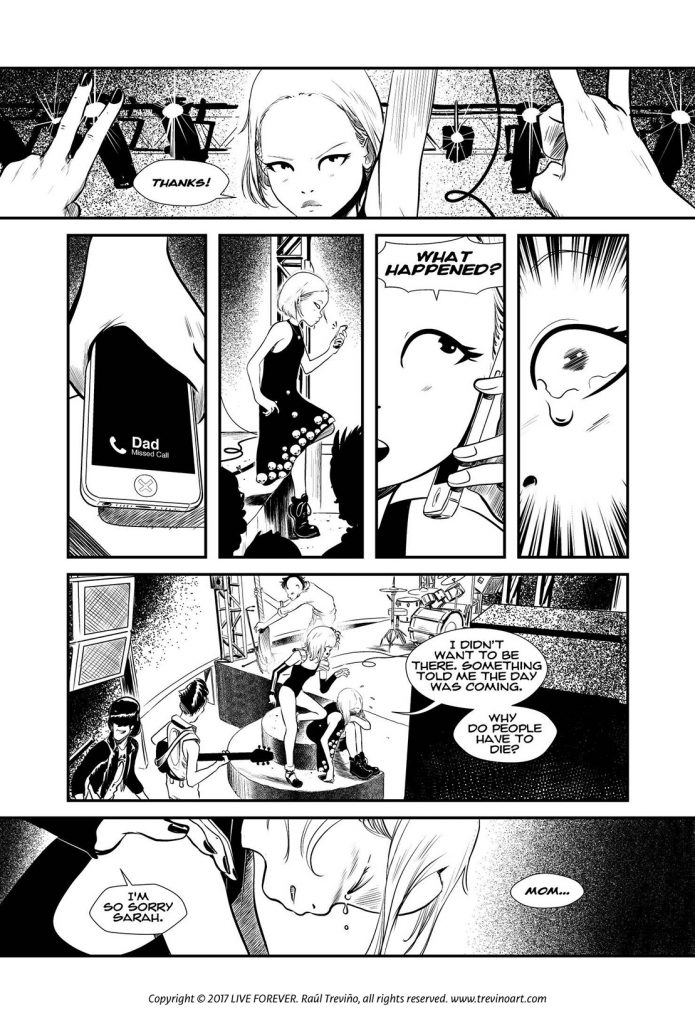 FS: You’ve talked about how the series is very personal to you. What is the inspiration behind the series?

RT: As a writer, I wanted to explore the concept of “the acceptance of death.” But I wouldn’t have dug into it so profoundly if I hadn’t lost my brother at the beginning of the project. His departure changed my life and the way I was planning to tell Sarah’s story. Before this fateful incident happened, I was planning to write the story to entertain. Later, I took refuge in it to understand what I was experiencing. I’m delighted with how I beautifully transformed my brother’s loss and helped some readers understand what they are feeling. More than one person in the Webtoon comment section shared their experiences of losing a family member, a friend, a boyfriend, or even a pet, and how this story gave them a bit of hope, understanding, and acceptance. So I’m happy to know that I comforted them in their grieving process somehow, even a bit.

For those who have never experienced the loss of a loved one, this story may help them understand how it feels or, at the least, allow them to witness Sarah’s journey in an entertaining way.

FS: What can you tell us about the Kickstarter campaign?

RT: The campaign aims to produce two volumes of Live Forever, which would be more than 400 pages each, only using three colors: black, white, and red. There are no more volumes to come, so the story ends here. We’re also offering them in English and Spanish and in three formats: softcover, hardcover, and the eternal edition with a slipcase. A must-have if you like nice products or collectibles. It seems like the fans are satisfied with this edition since the campaign is doing well so far. 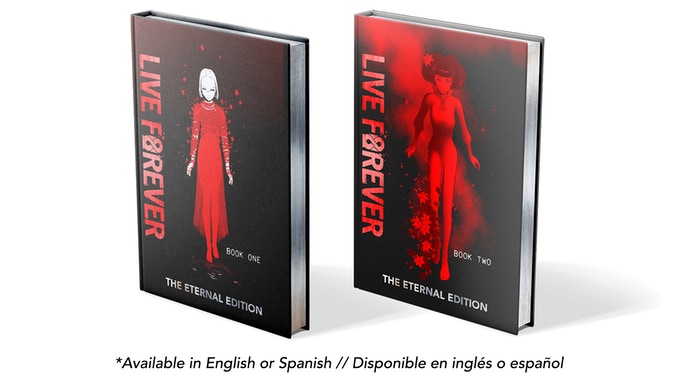 FS: What kinds of rewards can backers expect to receive?

RT: Thanks to Rocketship, the rewards are fun and attractive. There are pins that even I want to get, bookmarks, an interactive book, battle patches, original art, and more! I’m very excited, and I’m pretty sure the fans are as well since they’ve been showing their support by pledging.

FS: If you had to make a final pitch to folks considering backing the project, what is your final push for Live Forever?

RT: Live Forever is a story that explores introspection and inspires reflection because it touches on real aspects of humanity like loss and emotional wounds, which can help comfort one and make people ask themselves questions about their own lives. It also touches upon a fond appreciation of art, capturing the importance of storytelling by using high contrasts. At times, it will remind you of Frank Miller’s Sin City but mixed with a manga style. So I dare to say that this comic will delight your eyes.

The Kickstarter for Live Forever: The Eternal Edition is still going on right now! As of this article’s writing, it’s been funded SIX TIMES OVER, but you can still get your hands on a copy and fantastic backer rewards by clicking here!