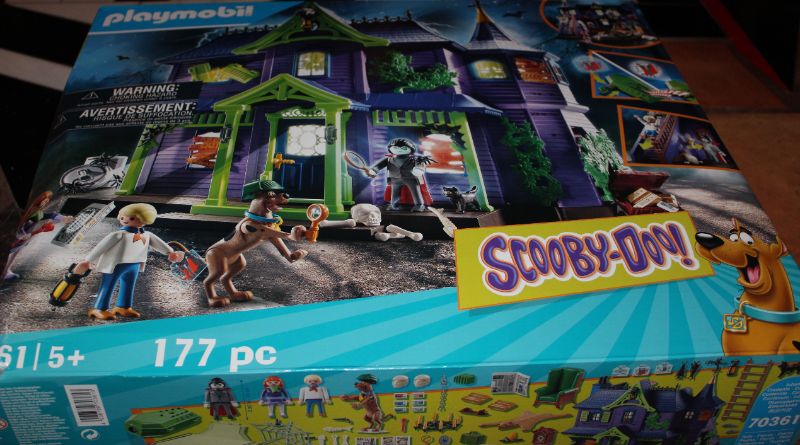 Playsets are a rare thing for toy lines in this day and age, as they cost a lot to create, and take up shelf space that most retailers would rather stock with smaller items that sell faster. But to their credit, Playmobil, like LEGO, has never really cared about all that. They’ll gladly make massive sets, and perhaps because they have access to toy stores other brands don’t (think independent and educational toy stores), they let the chips fall where they may. Typically their big items would be real-world and historical settings, like a pyramid, or the zoo. But now that they’re into licensed properties, you can have the haunted house from the opening credits of Scooby-Doo, Where Are You? And as playsets go, this one is pretty fantastic, loaded with action features. Yeah, it’s Playmobil, and there figure style is not for everyone. (It’s unfortunately out of scale with almost everything too, so you can’t really repurpose the sets.) But it’s also only $99.99, which is a steal when you think about how The Mandalorian‘s Razor Crest spaceship is $349.99. 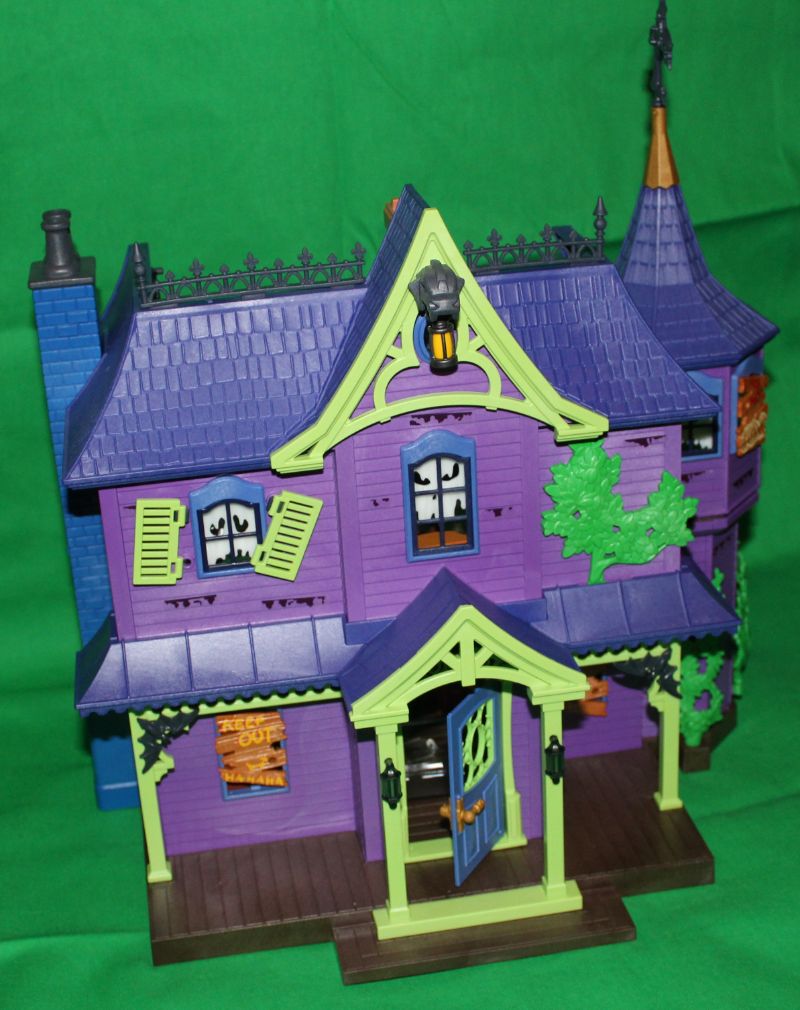 The house makes for a decent facsimile of the one in the cartoon, though its colors are less muted — the purple-green combo would satisfy the Joker if he ever needed a home in this scale. Monstrous faces hide inside the curtains, spooky portraits adorn the walls, and a whole label sheet is dedicated to making it look like black ooze is dripping out between wood panels. The inside contains three levels of play, but outside, you really only get the front porch. And bushes that can push aside to reveal a secret entrance for “Dracula” (who has a secret human face too). 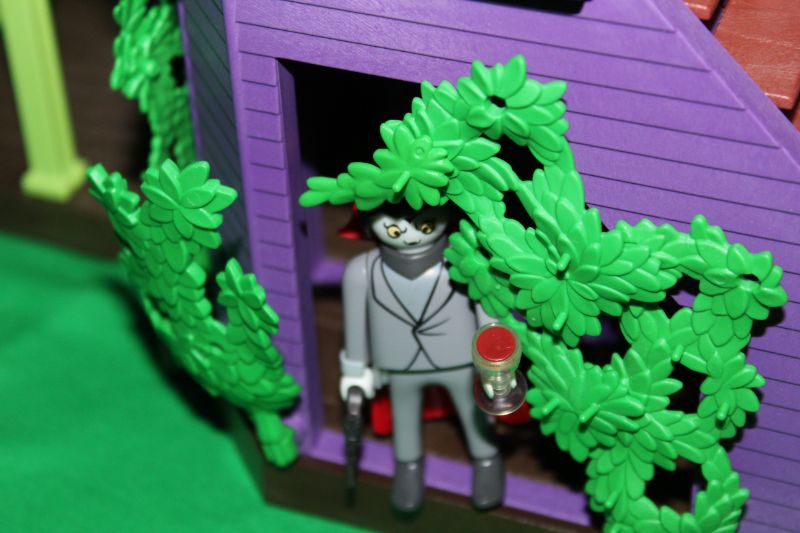 Dracula’s secret entrance leads to a secret door inside the house, which is detectable to Mystery Inc by the (pre-painted) scuff marks in the floor. It’s classic haunted house stuff. 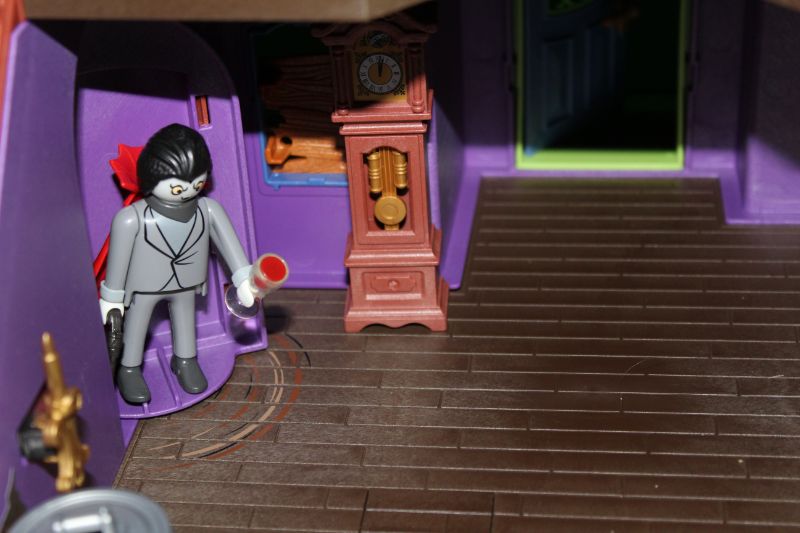 In addition, there’s a grand staircase on which all the stairs can suddenly retract at the push of a secret switch. Freddy (included, with Daphne and Scooby), had better watch his step. 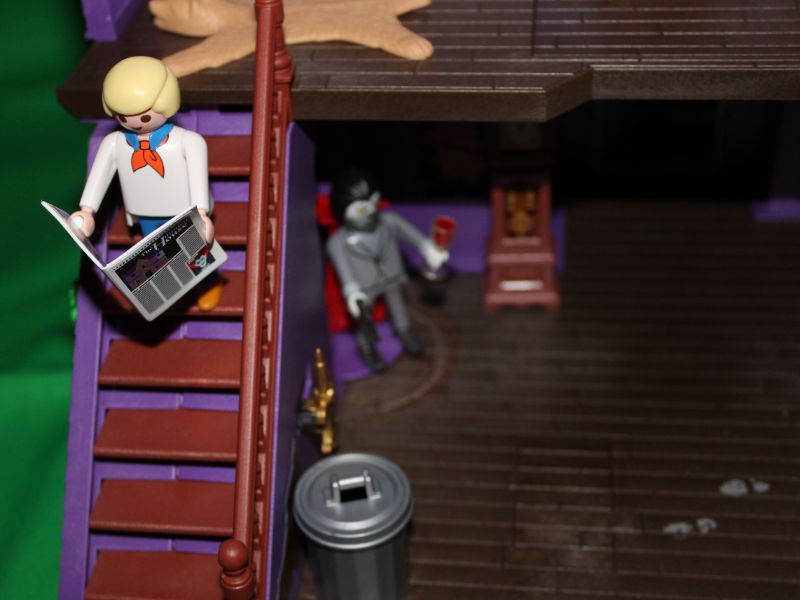 Footprints on the wood lead to a secret treasure door on the ground floor, while on the first, a trap door deposits unwanted guests like Scoob back out to the front porch. It activates by straightening the Dracula portrait. 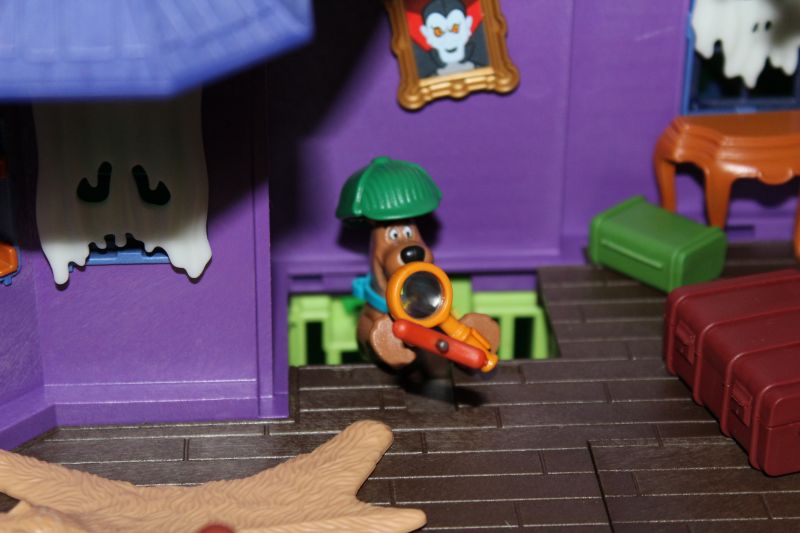 A lever also rocks the chandelier creepily back and forth. The attic level allows for placement of many of the numerous accessories, from a pizza box to suitcases full of individual money stacks. 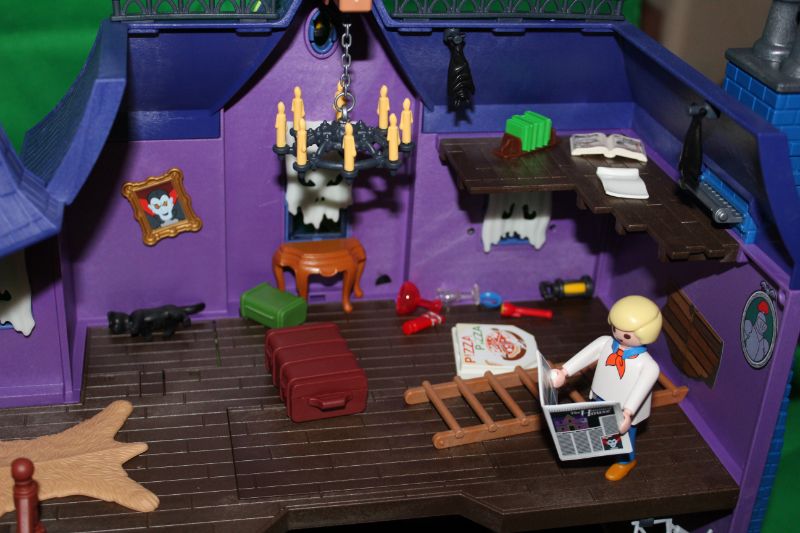 Pull the grate out of the chimney at the attack level, and skulls and spiders tumble down the chimney to the fireplace. 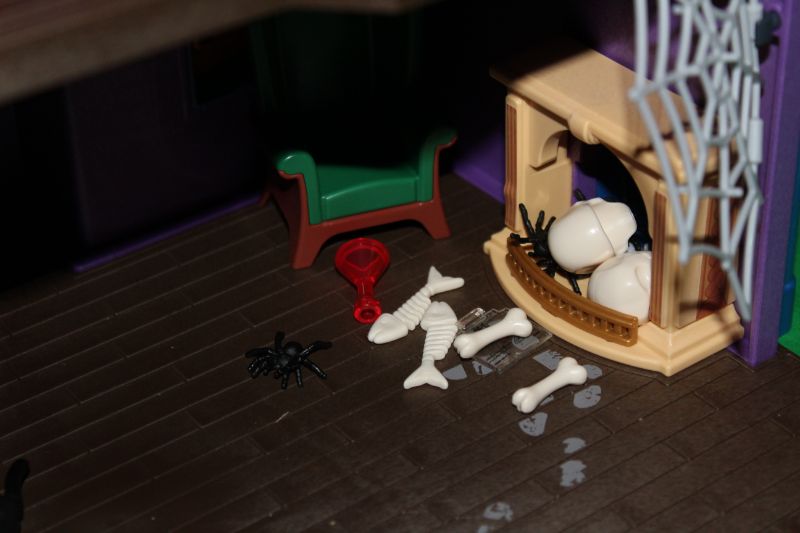 But the most elaborate feature of all utilizes your phone. Download the special app, put the transparent plastic screen in place, and create a Pepper’s Ghost illusion like in Disney’s Haunted Mansion ride. Several animations are selectable, but the floating skull is the coolest. Best of all, this is the actual sort of in-universe illusion that Scooby-Doo villains would try to pull off to fool our heroes. 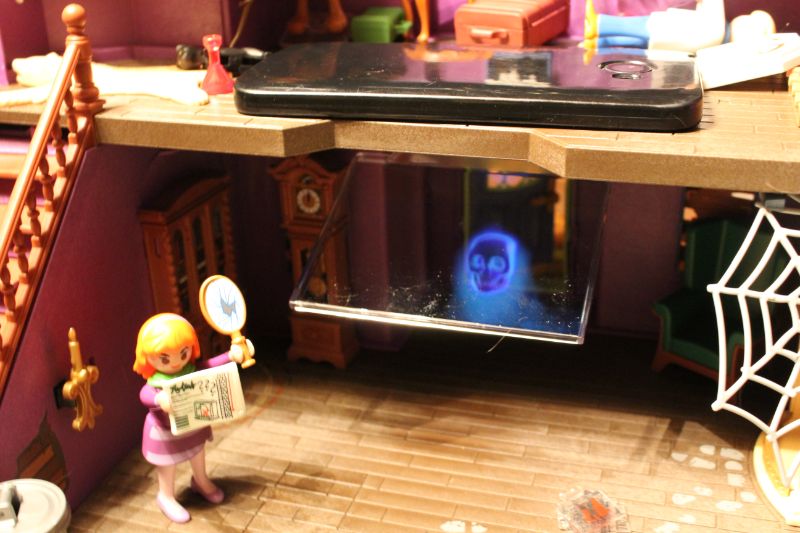 While a lot of craftsmanship clearly went into the floor, roof, walls, and so on, this mansion is designed to be tactile, hands-on, and make kids start playing around with all the features. It works. My 31 year-old wife couldn’t even resist after I left it out overnight. And even if you never play with Playmobil, it makes a decent Halloween decoration. For kids the right age, though — and “right” is highly subjective — it might lead to the most fun they’ve had all year. 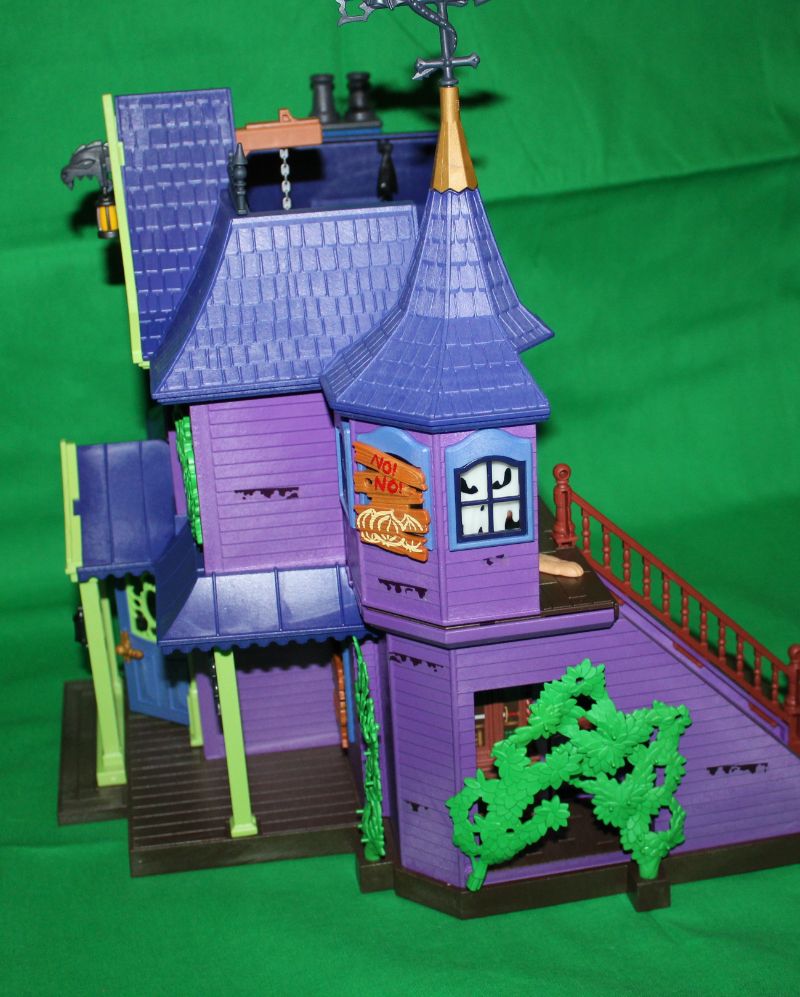