Obby Breeden — the bearded half of Jennie Breeden’s The Devil’s Panties — recently posted an article about TRAQ scores. These TRue Advertising Quality scores are generated by called Integral Ad Science, and are ostensibly designed to let advertisers know appropriate any given website may be for their brand. The higher the score, the safer the website. The safer the website, the more advertisers are likely to want to pay to be seen on the site. 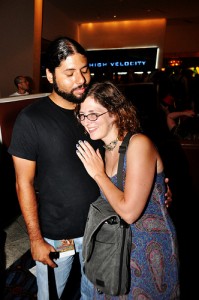 Breeden eventually found that there are hundreds, if not thousands, of advertising companies that utilize TRAQ scores, although he couldn’t identify what those companies are/were. Much of their data is opaque, and what Breeden was able to uncover was only because he was able to devote a lot of time to it. Time that he only had because he was not the one actually trying to draw the webcomic every day. He says, in no uncertain terms, that Integral Ad Science is running a racket worthy of the Mafia.

Regardless of what a site’s TRAQ score is, however, there are any number of companies that place trackers on you, as a user, to figure out what you’re doing online. Some trackers are more benign, only looking at broad impressions, but others are more stealthy, following what exactly you click on or even hover over. That data is then sent back to advertisers, who then tailor their ads to fit your profile. You’ve seen how certain product ads seem to follow you around from one website to another? That’s because they really are following you!

There are products out there like Do Not Track and Ghostery that block many of the trackers you might encounter online. In many cases, these will also block ads that websites serve up. And they can potentially prevent you from connecting your Facebook or Twitter account to other sites.

But from a webcomic perspective, this can also hurt their revenue. After all, if the advertisements are blocked, they’re seen by fewer people. If fewer people see them, their value decreases. If their value decreases, advertisers will be less inclined to spend money on ads to run on that site in the future. If they spend less money, the webcomics that are the recipients of that money see a drop in their revenues.

Which brings us back to the problem (though not the cause) that eventually led Breeden to TRAQ scores. If a webcomic isn’t able to generate enough ad revenue, whether that’s from a bad TRAQ score or blocked ads, it’s less likely to break into the realm of being financially sustainable. Which means that the creator is more likely to need another primary source of income. A day job of some sort. Which further means they’ll have less time to devote to their comic.

That’s not to say that you absolutely should never block ads in case you might be inadvertently harming a webcomicker’s income. With most ad-blocking software, you can choose to whitelist your favorite webcomic sites, so the ads there get through. But the internet is increasingly becoming a space where what you see is not nearly all of what you get, and it’s useful almost to the point of necessary to take some time to learn about what’s going on behind the hidden walls that most webcomickers themselves don’t even know about!