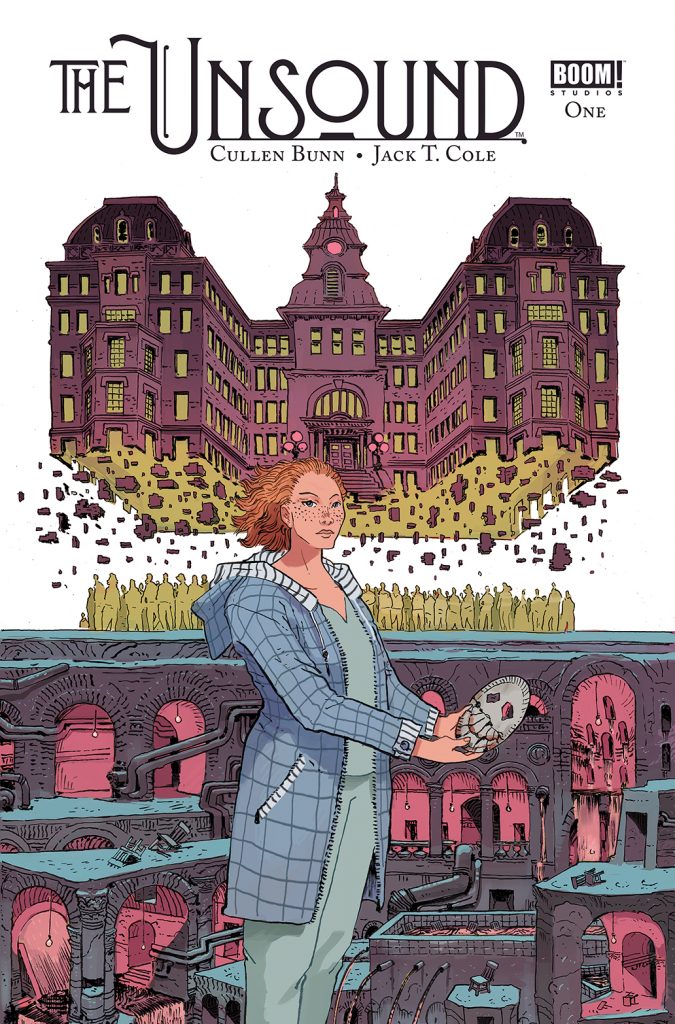 There are few comic book writers who can pull off suspense and horror in such an unnervingly beautiful, whip-sharp way like Cullen Bunn. That craftsmanship is applied once again to his new BOOM! Studios series The Unsound, premiering this Wednesday. Set in a psychiatric hospital, a new nurse attempts to traverse the emotional and supernatural scars that mar the facility… with varying results.

Mr. Bunn spoke with me recently about the conceit of The Unsound, the research he did putting his story together, and the supernatural traditions he looked to in creating his tale. 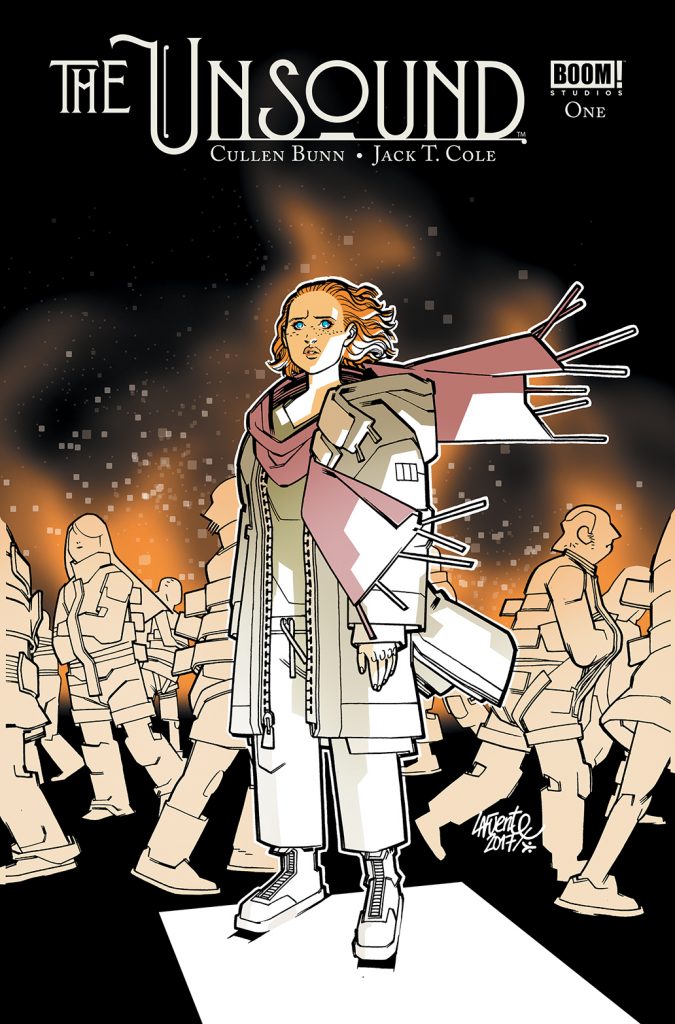 FreakSugar: For readers who are considering picking up the book, how would you describe the conceit of The Unsound?

Cullen Bunn: On the surface, the story might be described like so: a young nurse takes her first job… at a haunted insane asylum.

But that only scratches the surface, because from that point, the story delves into some really strange territory. We discover that the hospital the young nurse, Ashli, is working for has a sordid history. And that history has left a mark on the patients and the staff. That history has left a scar on reality itself. And Ashli coming to the hospital is for some reason seen as an almost holy event.

FS: The first issue is set in a psychiatric hospital. What was the research process like to construct Saint Cascia Psychiatric Hospital?

CB: I did quite a bit of research on how psychiatric hospitals work, but I didn’t want to mire the story by “letting my research show.” As you’ll quickly see, this story doesn’t take place in the real world, and I didn’t want this book to read like an orientation manual. Most of my research focused on institutes that were no longer in operation, archaic (and often horrific) treatment methods, and stories of tragedies that occurred in hospitals like the fictional Saint Cascia. 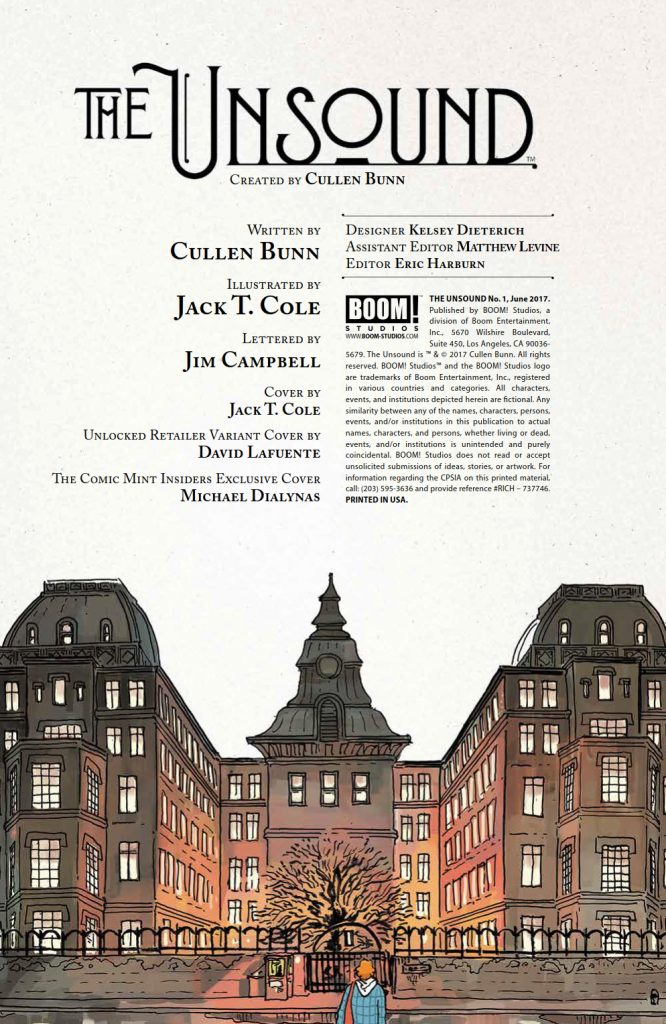 FS: After reading the first issue, I looked up Santa Rita of Cascia. Are there any connection or allusions to that Augustinian nun in the name of the hospital?

CB: There are no overt references to Santa Rita, although her story helped me to find a name for the asylum in this book. I think there are some subtle connections to Santa Rita. Her story is one that borders on the spiritual supernatural. She suffered stigmata-like wounds while praying. She asked the impossible of those around her, but that which seemed impossible came to pass in her presence. There are definitely nods to those stories in this book.

FS: Ashli is our protagonist in issue one. How would you describe the character and why she feels compelled to work at Saint Cascia?

CB: Ashli is a young woman who wants nothing more than to help others. There is an innocence about her as she first steps through the doors of Saint Cascia, but this is a story where nothing is as it seems. We see in the first issue that Ashli has a knack for noticing those things that are strange and odd of place. The question quickly becomes: Is Ashli just noticing these strange things or is she causing them to manifest around her? 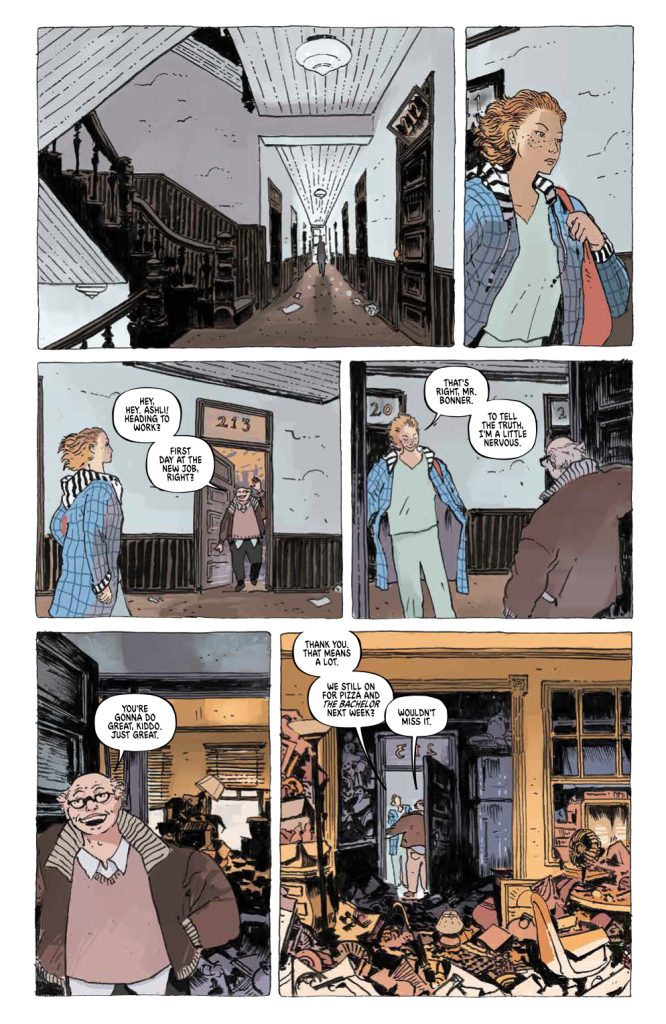 FS: Jack T. Cole’s art is simultaneously beautiful and unnerving, which pairs well with your story and the world you’re creating. What was the collaboration process like with Jack?

CB: I totally agree that Jack’s work is stunning in its ability to unnerve. Every collaboration is different. In this case, Jack doesn’t need me getting in his way. I submit my scripts and I usually hear very little from Jack until an entire issue’s worth of art appears in my inbox. Because of the themes of the story, I like to imagine Jack working wildly in a dimly lit room, muttering strange incantations to himself as he brings the world and strange denizens of Saint Cascia to life.

FS: Speaking of unnerving, the horrors that we see in the debut issue, I imagine, are just the tip of the iceberg of what lies ahead. When deciding what plagues Saint Cascia, were there any supernatural traditions that you pulled from as inspiration? 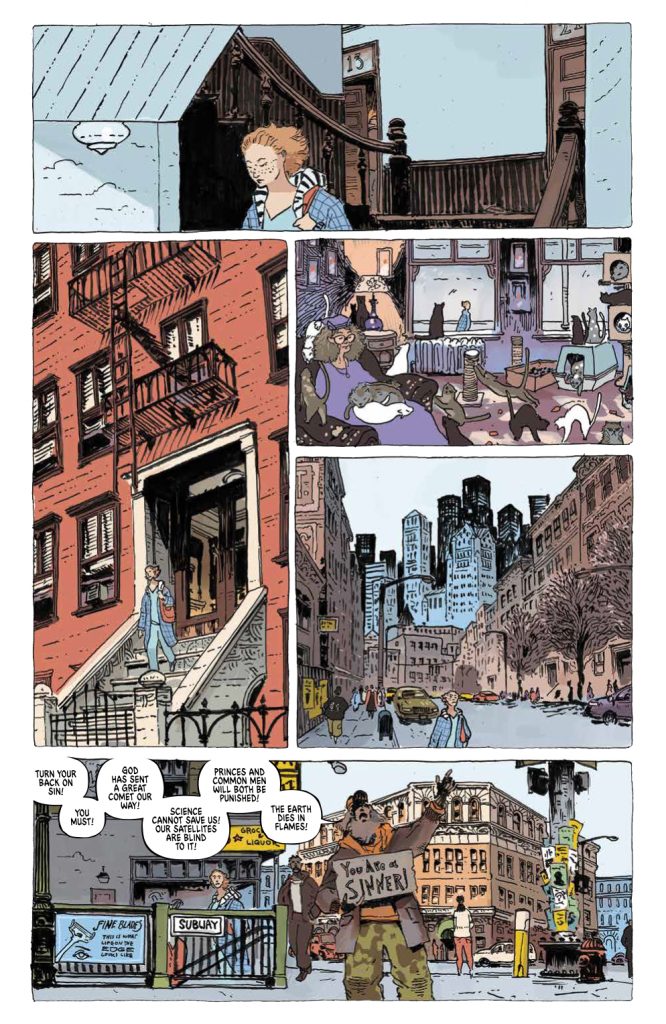 CB: I drew from many different inspirational supernatural and horror sources for this story. In particular, the works of Robert W. Chambers such as The King in Yellow play an influential role in this story. I also play a lot with the idea of perception informing reality, and what that might mean if perception were “tainted” by the lens of madness.

FS: Is there anything you can tease about what readers can expect to see in issue #1?

CB: Our first issue sets the table for the strangeness to come. We’re going to be meeting most of the primary cast for the series, and it should become evident that nothing is what it seems. Pay particular attention to the masked character of Xerxes. He plays a very important role in this story.

The Unsound #1, written by Cullen Bunn with Jack T. Cole on art, goes on sale this Wednesday from BOOM! Studios.

Ashli’s first day as a nurse at Wiermont Psychiatric Hospital turns into a nightmare as a bloody riot sends her fleeing into the bowels of the hospital. Her descent takes her to a hellish world populated by lunatics and monsters, cloaked in a secret history of black magic and heinous scientific experiments.