For a reader, the Inhuman king and Marvel universe superhero known as Black Bolt can be a tough nut to crack. He’s regal and aloof, a result of his status as royalty and that he’s often inscrutable, a direct result of his power. While his voice carries with it destructive power, even a whisper causes ruin, thus he is often written as quiet and uncommunicative. A silent Sphinx.

Writer Saladin Ahmed and artist Christian Ward, in a year’s worth of stories in the hero’s comic series Black Bolt, has taken the Inhuman king and made him knowable, understandable–circumventing those narrative barriers beautifully to give us one of the most fleshed-out examinations of who Black Bolt is, why he acts as he does, and provided a path for future writers to explore a leader with a new perspective on life.

[Note: Although Marvel will be focusing on Black Bolt and his people in July’s Death of the Inhumans, it would be heartening to see someone continue the work Ahmed his done on the character, regardless of what shape Death of the Inhumans takes and who survives the fallout.]

While Black Bolt is ending with Wednesday’s issue #12, Ahmed and Ward, as you can see in our exclusive preview, aren’t quite finished throwing the magnifying glass on the Inhuman king and the forces that shaped who he is, even as their story culminates with bang. 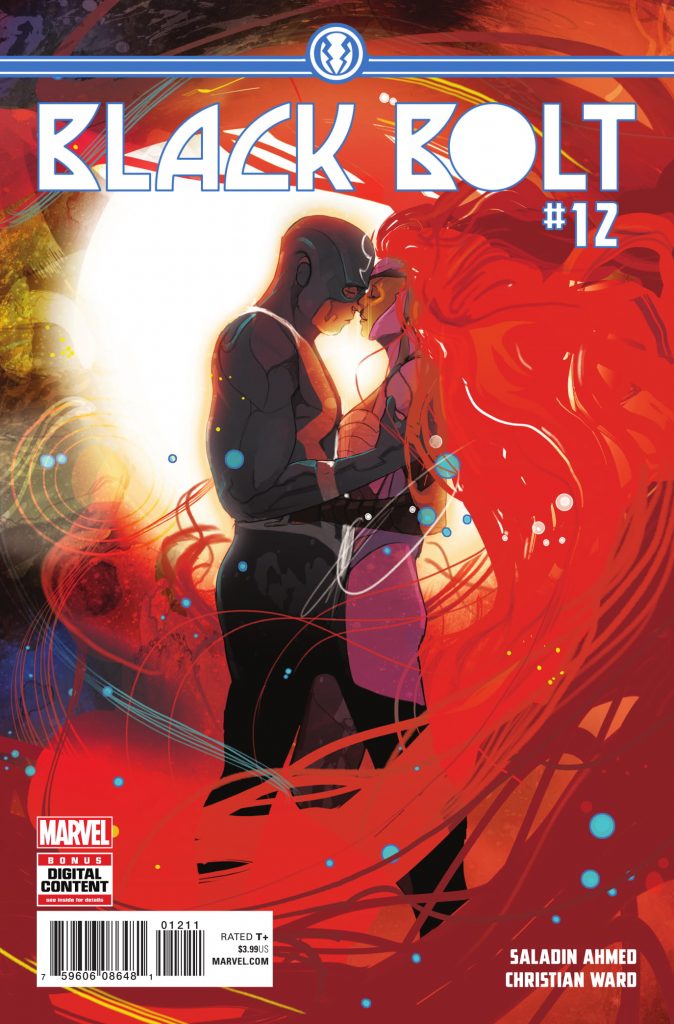 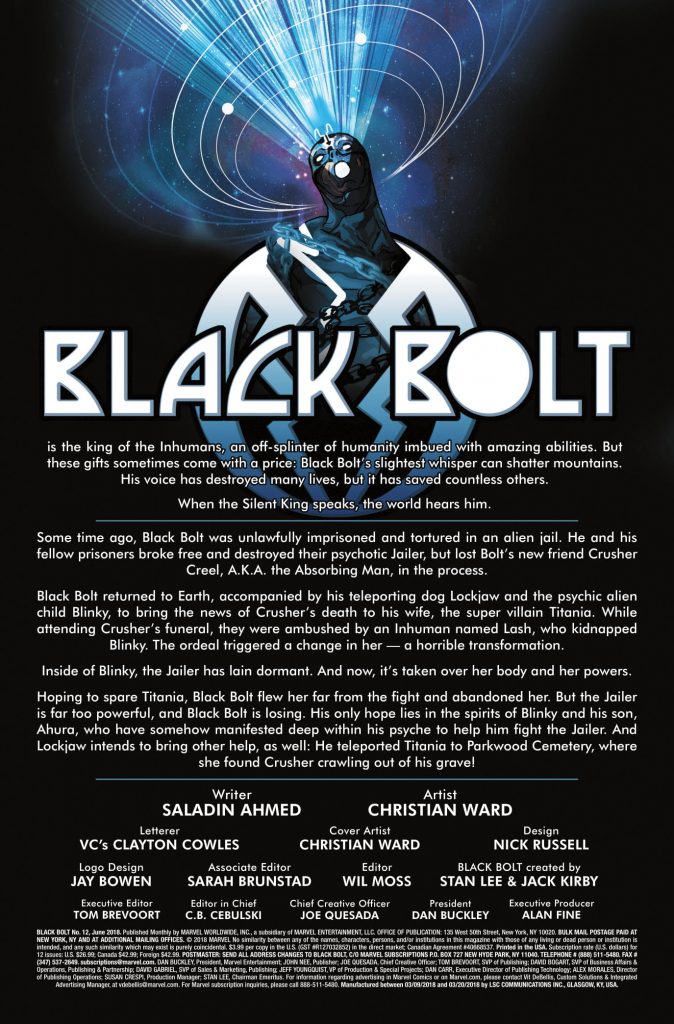 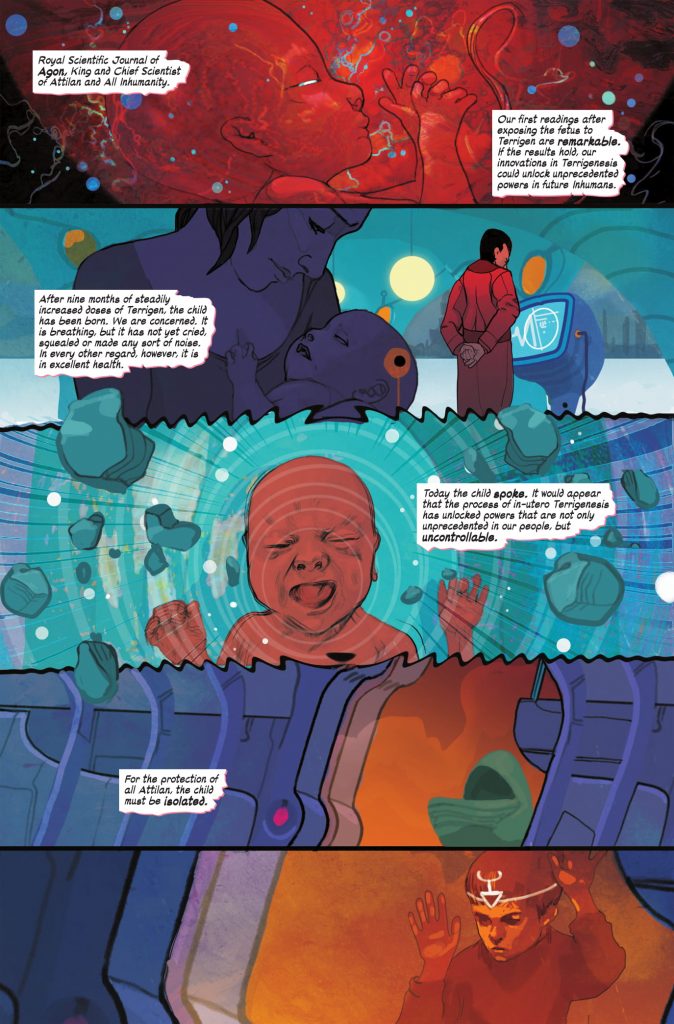 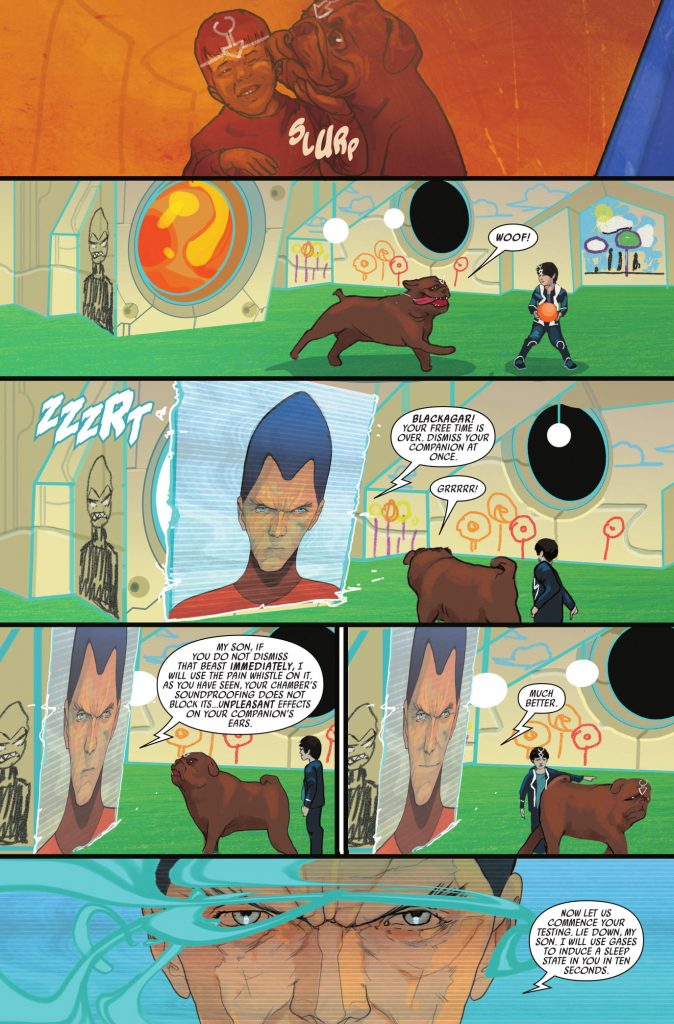 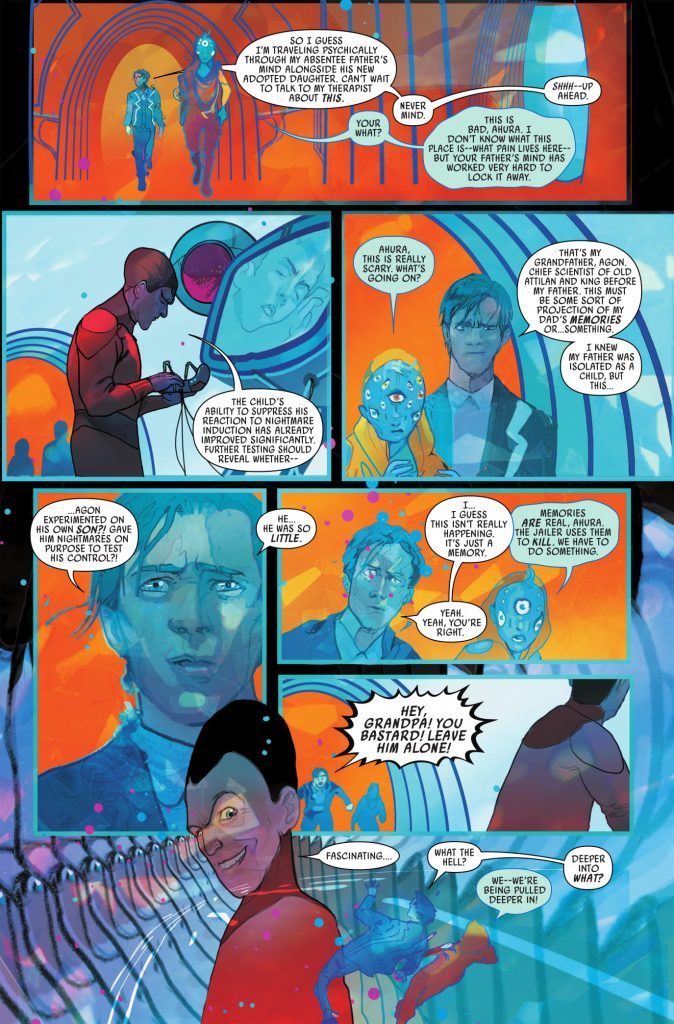 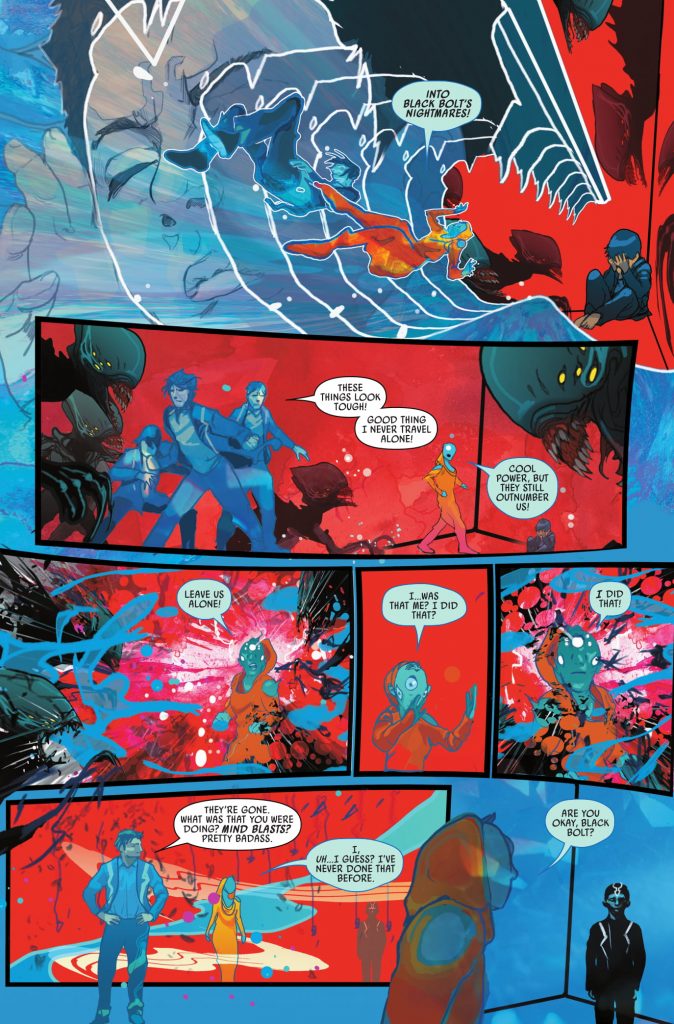 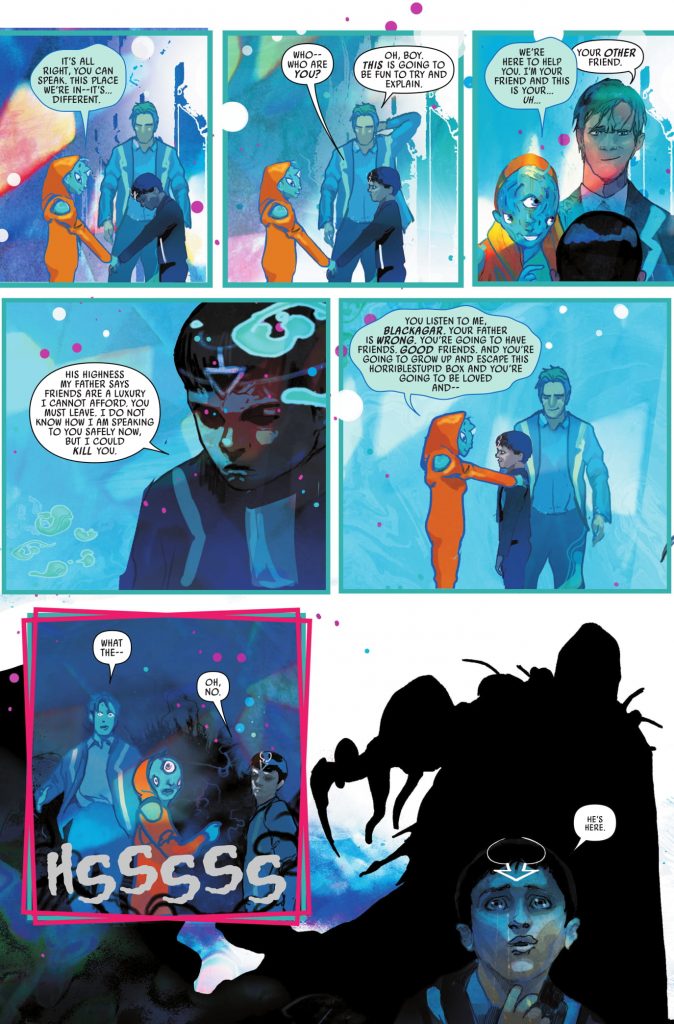 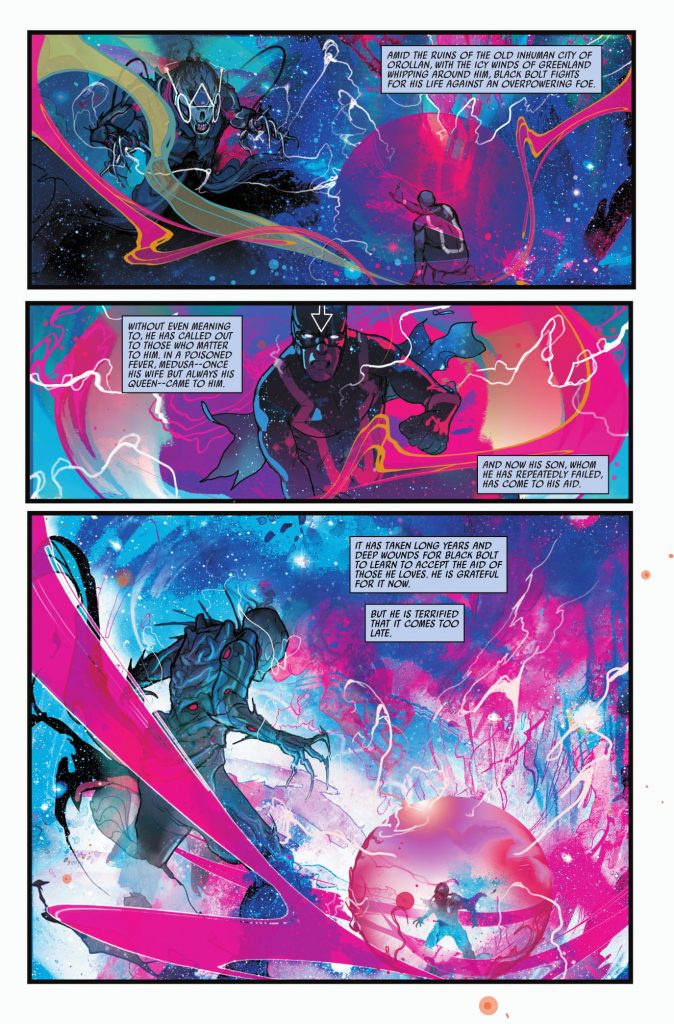