Oliver Queen, otherwise known as the high-flying emerald archer the Green Arrow, has been experiencing a renaissance under the guiding hands of writer Benjamin Percy. Since before DC Comics’ “Rebirth” line-wide relaunch, Percy has been deconstructing what it means to be Oliver Queen, dissecting some of the seemingly conflicting aspects to his character and personality. And with Juan Ferreyra illustrating much of that ride, Green Arrow’s tales have never looked so crisp and dynamic.

Appetite gnawing for more? Then check out our exclusive preview pages of Green Arrow #11, part two of “Murder on the Empire Express,” by Percy and Ferreyra that DC was kind enough to share! 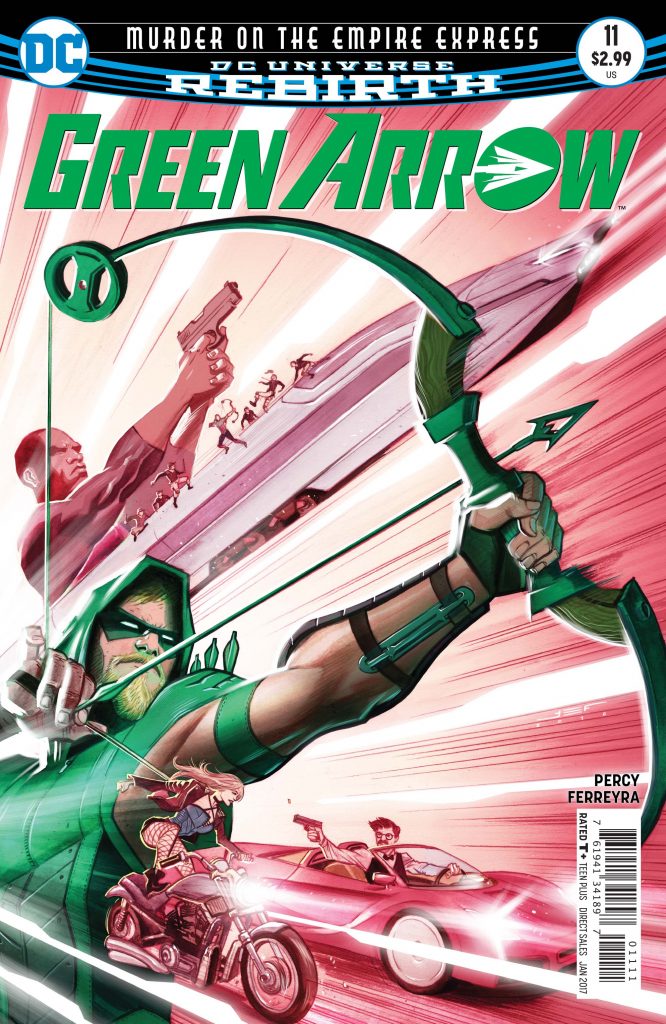 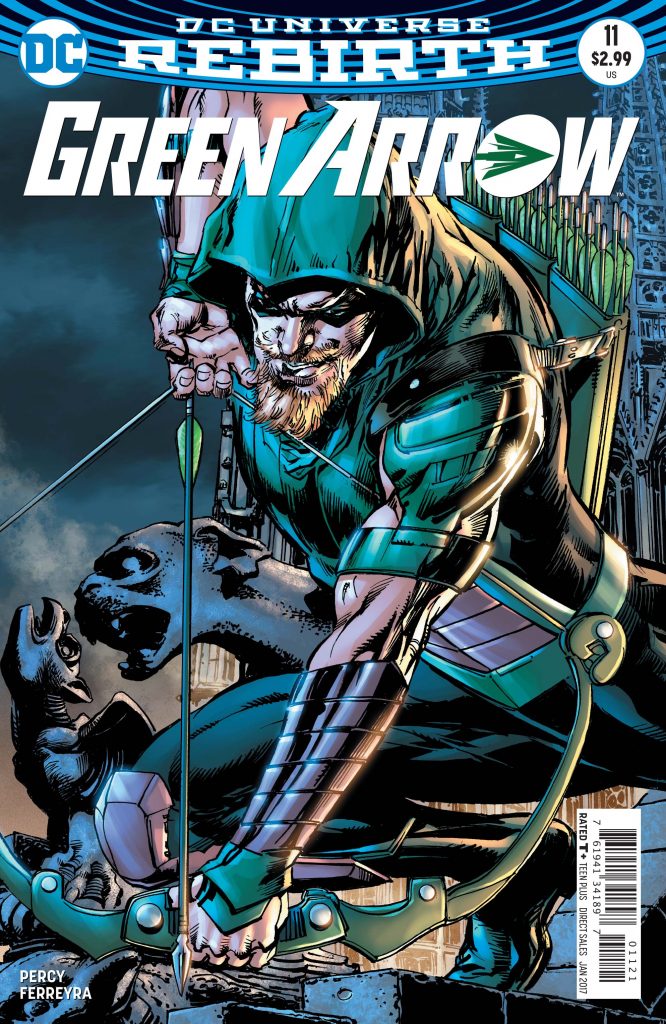 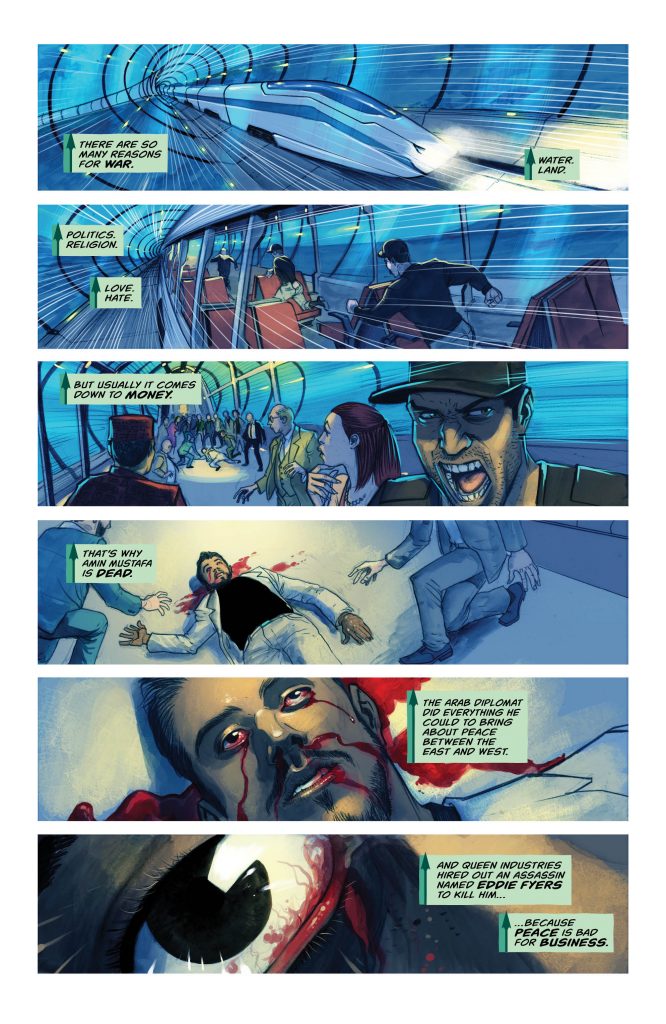 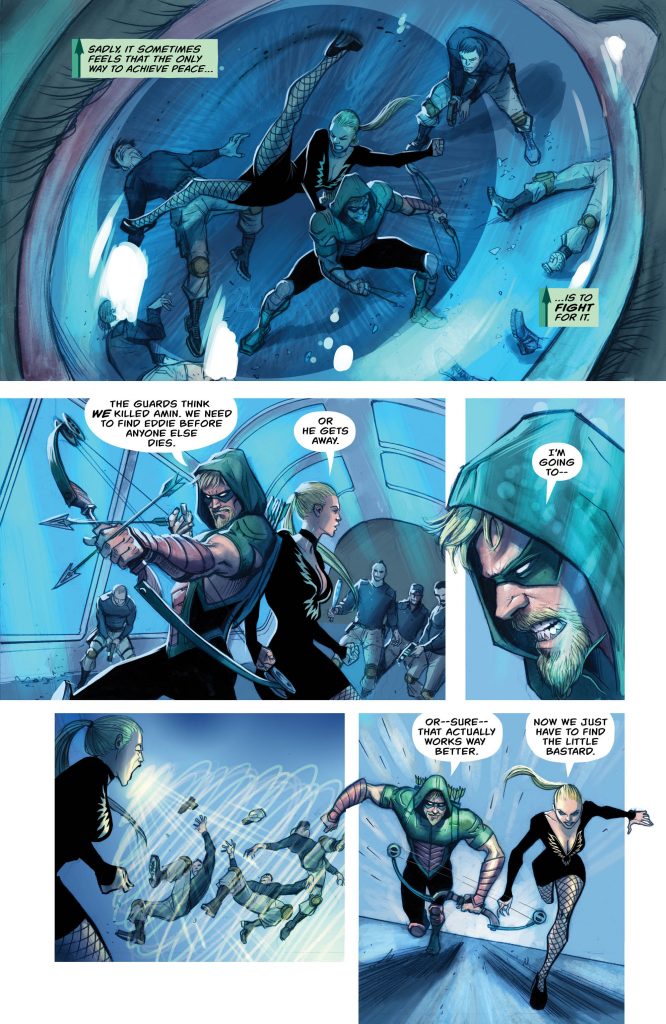 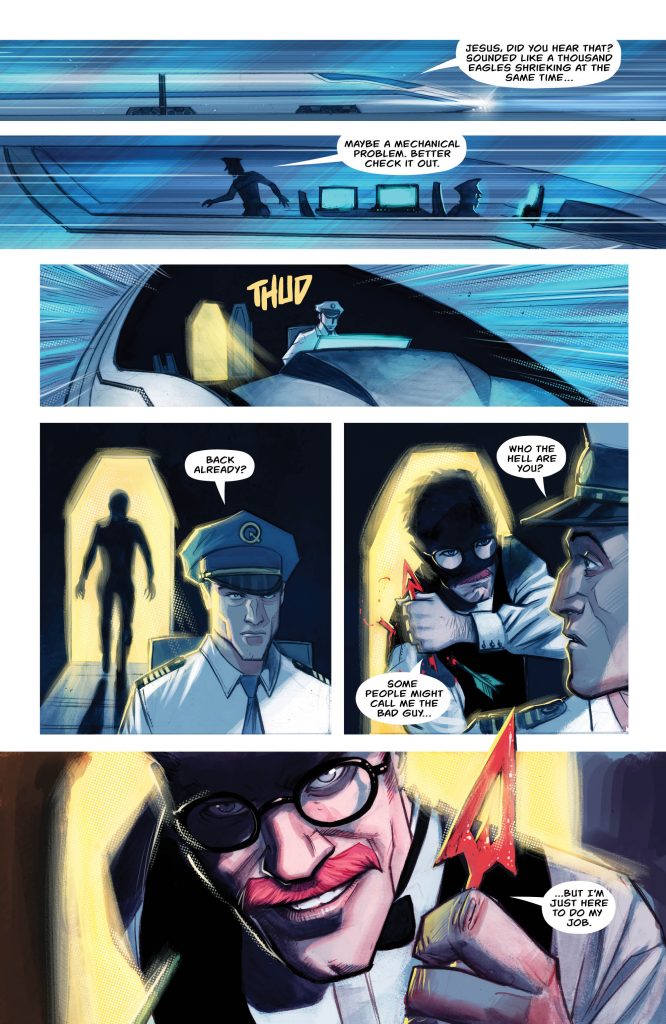 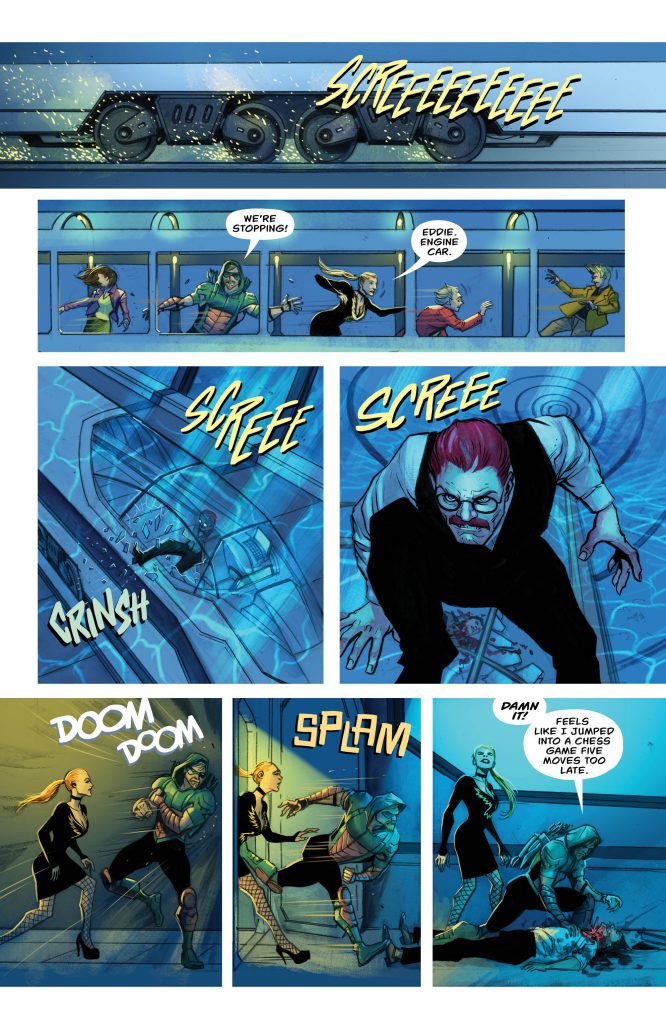 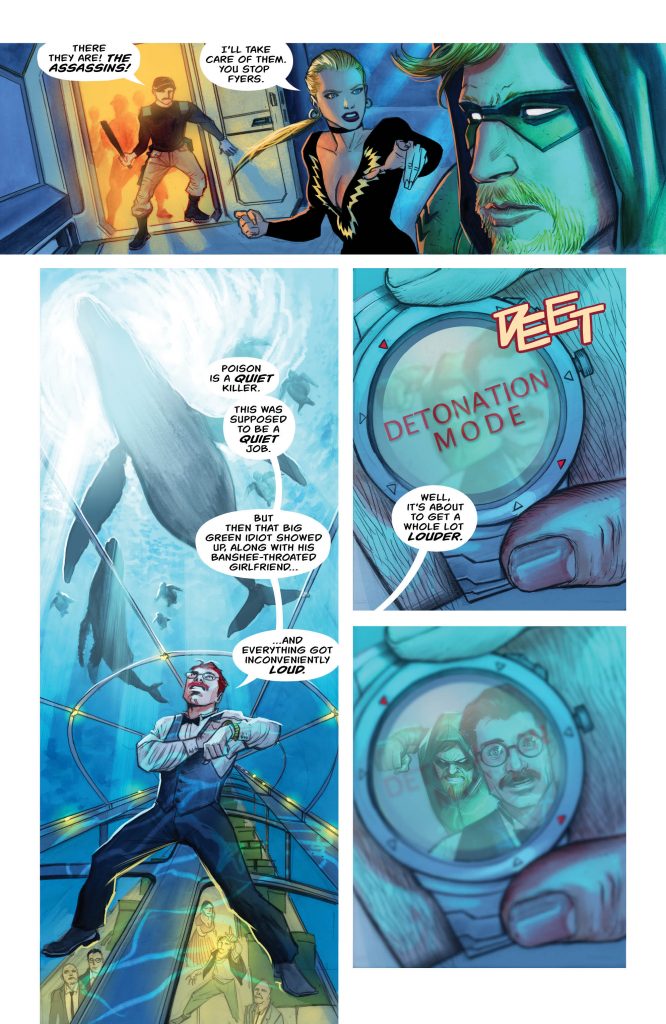 “MURDER ON THE EMPIRE EXPRESS” part two! There’s no business like the war business, and business is booming—or it will be once the world learns of the brutal assassination of one of its most critical leaders at the hands of…Green Arrow?! Trapped with a killer hundreds of feet below the ocean, Oliver Queen must solve a murder before his undersea voyage ends—and with it, peace in our time.