Leeanne “Mongie” Krecic, creator behind the wildly successful Let’s Play LINE Webtoon webcomic, has spoken to FreakSugar several times over the years about her incredibly engaging webseries following programmer Sam and how she navigates romance in the world of game development and gaming culture. The comic has a huge, loyal fan base, and anyone who reads an installment of Let’s Play can quickly see why.

Recently, a Kickstarter that Mongie and Rocketship Entertainment launched to make a print version of Let’s Play Volume 3 a reality, a campaign that met its goal several times over. We spoke with Ms. Krecic just as the Kickstarter for Volume 3 was underway about the conceit of Let’s Play, her influences, and the recently-announced Let’s Play TV series.

FreakSugar: For folks who may be unfamiliar with the series, what can you tell us about Let’s Play?

Leeanne “Mongie” Krecic: Let’s Play is a romcom comic that follows the story of Sam, a young woman who is a programmer by day and an indie game developer by night. For years, she poured her blood, sweat, and tears into her first game called “Ruminate.”  After making the game available online to play, Sam finds out that a Let’s Player named “Marshall Law” has played her game and posted a review online. Unfortunately, his review wasn’t a good one, and as a result, his fans virally attacked Sam’s online profile, ruining her reputation as a game developer before it ever really began. By the end of the first chapter, we find Marshall is moving into the apartment next door.

Let’s Play tackles a lot of real-life struggles through gaming tropes. Like, why can’t dating be like it is in games?  Where everyone has a public list of likes and dislikes, and you can keep giving someone turnips until they want to marry you?

FS: You have such a robust cast of characters in the comic. What can you tell us about them?

LMK: There are a lot of different characters in Let’s Play, ranging from all different walks of life. Most of them are gamers in some form (some secretly), just trying to get through life and level up in their own way.

You have Sam, who is the main character. She’s a little ball of anxiety and self-doubt but will always find the strength and courage to stand up for her friends. Marshall Law is an internet personality known for his comedy, charm, and (somewhat) decent gaming skills. With him, we see how being an internet celebrity can take a toll on an individual. Charles Jones is Sam’s manager, a good boss, charismatic leader, and hiding something from both the other characters and the readers. There are several other characters in LP, all with their own quirks and compelling personalities. 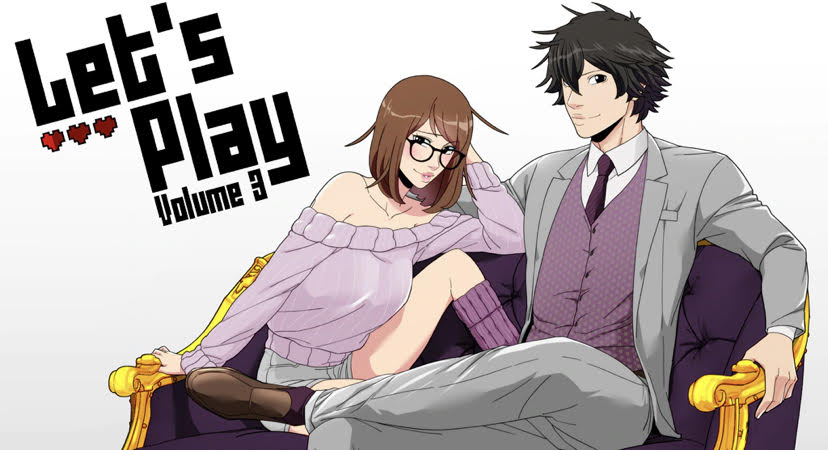 FS: Your comic delves much into internet culture and gaming culture. What are some of your influences?

FS: You’ve been doing the comic for quite a while now. How has the comic evolved or changed since its inception?

LMK: I’ve had to focus the story more on the main characters than initially planned.  I had thought I would be able to evolve all of the characters in Let’s Play, but the platform prefers the story stays focused on the main cast. Which is fine, but not what I had planned when I first started.

FS: You have such a loyal fan base. How does that feel and move you as you work on your stories?

LMK: In all honesty, I’m just happy others can enjoy my story. I never set out to create a popular comic; I just wanted to write a story to help readers escape whatever chaos is happening in their lives for 10 minutes a week. Have a few laughs and maybe a few tears. But ultimately, just read a feel-good story that they could either relate to or walk away from having learned something helpful that they could apply to their own lives.

FS: Since last we spoke, a Let’s Play TV series was announced. Congratulations! What can you tell us about that?

LMK: Thank you! It’s all very exciting! Let’s Play has been optioned by Allnighter, and they are currently on the hunt to find the team and home for the adaptation. 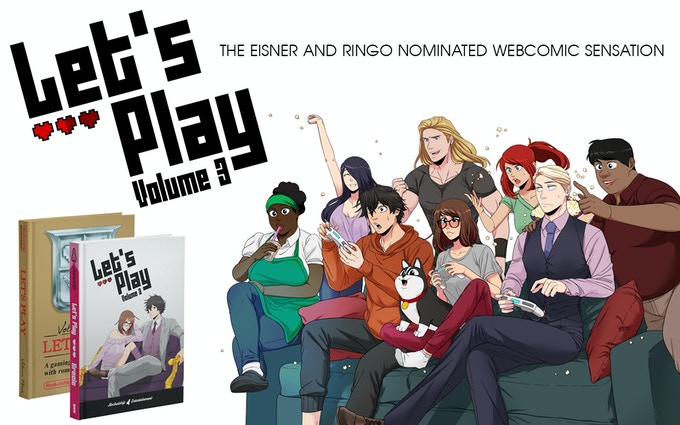 FS: How does the medium of TV impact the adaptation of the story, if at all?

LMK: From my understanding, there will probably need to be some reformatting of the story to fit the adaptation for TV. Ultimately, it comes down to the writers and showrunner, but they want to closely follow the characters and storyline and stay true to the plot. When asked what my biggest priorities are with live-action, I said I would like for the comedy to still be a significant factor in the show and try to maintain the diverse nature of the cast.

FS: Is there anything you can tease about what we can expect in the webcomic going forward?

LMK: Everyone has been grinding on leveling up throughout the series, and we’ve seen some real growth in the characters!  There will be boss fights.  Achievements earned.  And 4th-wall destruction.  What paths will the characters take when faced with some tough decisions?  That’s what readers will find out by reading Let’s Play.

Learn more about the print version of Let’s Play over at Rocketship Entertainment.