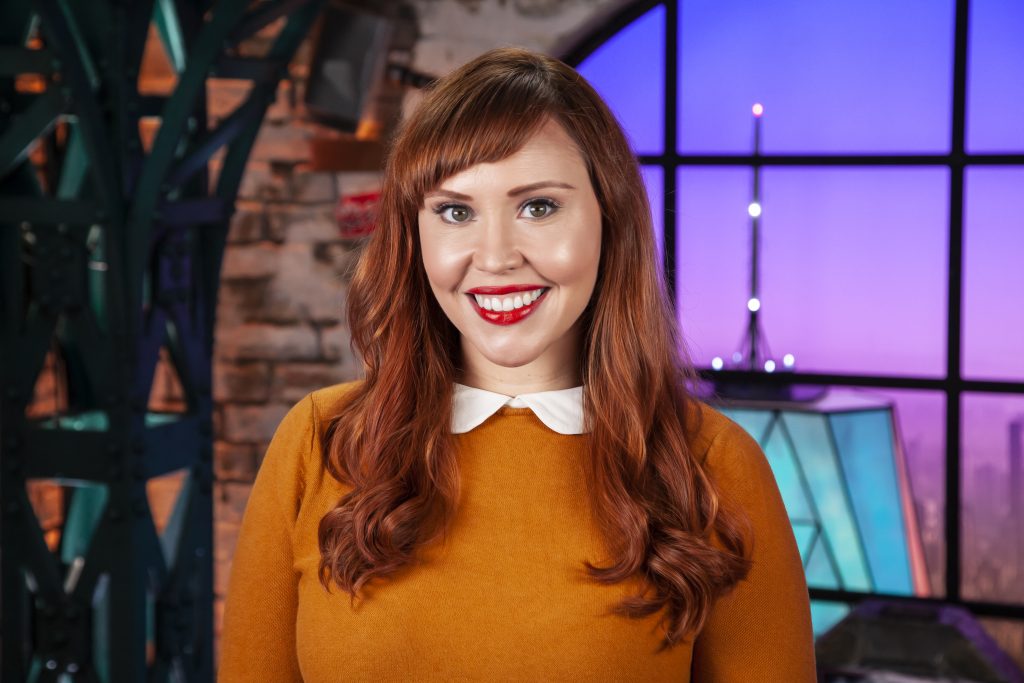 Lorraine Cink knows a thing or two about the Marvel Universe. As host of the weekly Earth’s Mightiest Show and The Marvel Minute, as well as author of the books Marvel: Absolutely Everything You Need to Know and Ultimate Marvel, she is on the front lines of Marvel lore. Now she’s back with a new book, Powers of a Girl: 65 Marvel Women Who Punched the Sky & Changed the Universe from Marvel, in which she looks at Marvel’s female heroes and the lessons we can take away from their examples.

We spoke with Ms. Cink recently about the idea behind Powers of a Girl, the process for bringing the book to life, working with the book’s illustrator Alice Zhang, and what she hopes readers will take away from the book.

FreakSugar: For folks reading this, what is the conceit of Powers of a Girl?

Lorraine Cink: Powers of a Girl dives into the inspiring and empowering stories of Marvel’s female heroes and explores their triumphs, failures, and what we can learn from them.

FS: This book seems deeply personal and a real passion project. How long has the idea been in the works?

LC: When I was approached to write this book, I was thrilled because these were two of my biggest passions. I have for a long time had a document on my desktop called “Things I’ve Learned” where I leave anecdotes about life and (obviously) things I’ve learned. This book was the marriage of both my interest in life lessons and personal growth coupled with my deep love and knowledge about Marvel super heroes. However, once we hit the ground running, I wrote the book over the course of 6 months or so. It was very quick! 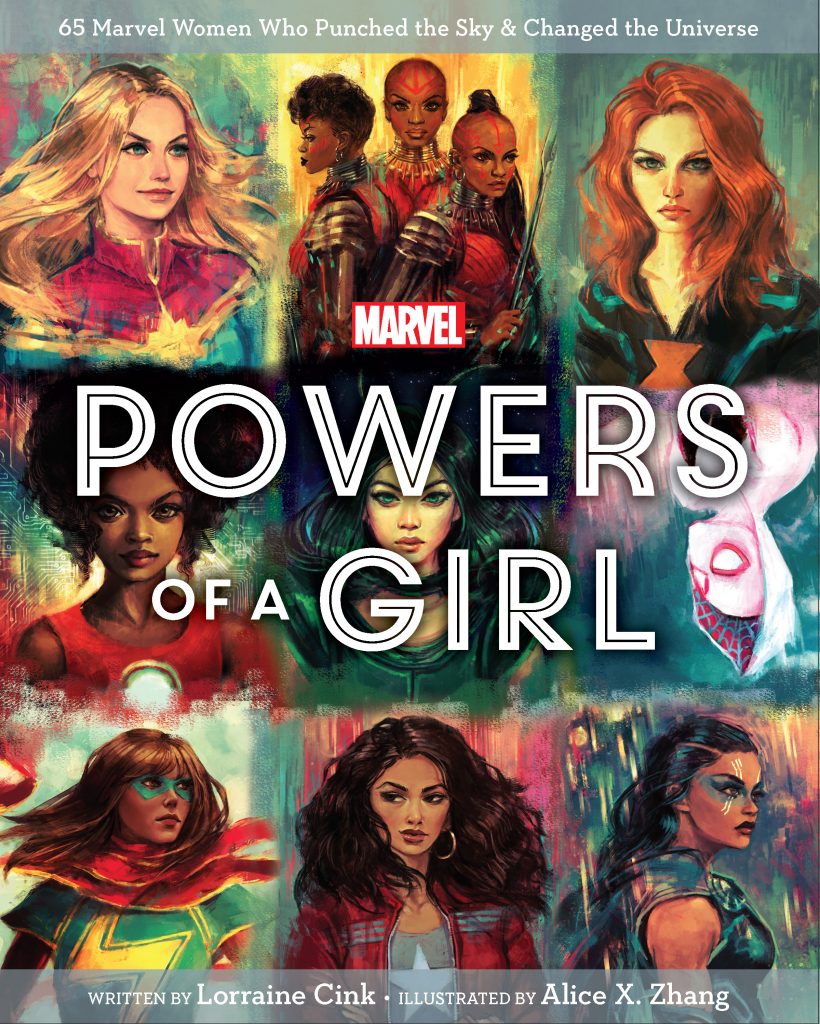 FS: You look at so many characters in the book. How is the book set up and what was the process like deciding who to focus on?

LC: The book is set up loosely into sections of characters that share similar traits, like those who prove empathy is a super power to girls who use their intellect to save the day and so on. It’s always hard deciding which characters to include, and would have loved to include many, many more. At the end of the day, I chose the ladies available to me that I felt were most exemplary of the title, Powers of a Girl.

FS: Following up on that, were there things about characters you’d never known before during the research process?

LC: Of course! I know my Marvel History very well from hosting Earth’s Mightiest Show and working for Marvel, but there are always stories that you know better than others. I mean… Mantis married a psychic alien tree… weird stuff happens sometimes.

FS: Did the process of writing the book change you in any way over the course of its creation?

LC: Yes. I have super powers now. Ok, not really, but it would be nice… wouldn’t it? In truth, I mainly realized I can do anything in life if 1. I am willing to do the work and 2. I hear the voice that says “no,” “you can’t,” etc. and then choose to keep going anyway. That’s the hard part that I think most people don’t talk about, but ultimately is the biggest victory – conquering that inner voice and just doing the work.

FS: Alice Zhang’s artwork is gorgeous. What was the collaboration process like with her?

LC: Alice is incredibly talented and we were so lucky to have her join the book. We largely communicated through our editor because if it were left up to me, I would have added 100 more pages of art. I did however make sure that I always included clear descriptions of the characters, including body type, reference art, etc. to be sure that we were honoring that heroes have all kinds of shapes, sizes, and backgrounds. Alice clearly knocked it out of the park!

FS: Besides being entertained, what do you hope readers takeaway from Powers of a Girl?

LC: I hope that everyone will take away a sense that heroes are born of their actions, and not of their super powers.

Powers of a Girl: 65 Marvel Women Who Punched the Sky & Changed the Universe is on sale now from Marvel.