Pride Month is approaching this June, and Marvel Comics is celebrating once more to showcase its LGBTQIA+ characters with another installment of Marvel’s Voices: Pride. In 2021, Voices marked the debut of Somnus, a gay mutant who has a second lease on life connected to the new mutant status quo on Krakoa. One of the creators of Somnus is superstar artist Luciano Vecchio, who designed the character for Marvel. If you follow Mr. Vecchio on social media or keep up with his impressive body of comic work, you’ll see why he was a fantastic choice to help bring Somnus to life. Somnus is set to appear again in this year’s Marvel’s Voices: Pride as well.

Right before the release of Marvel’s Voices: Pride last year, Mr. Vecchio spoke with me his involvement with the one-shot, the creation of the character of Somnus and his part in the character’s design, what it means to give representation to the LGBTQIA+ community in comic books. 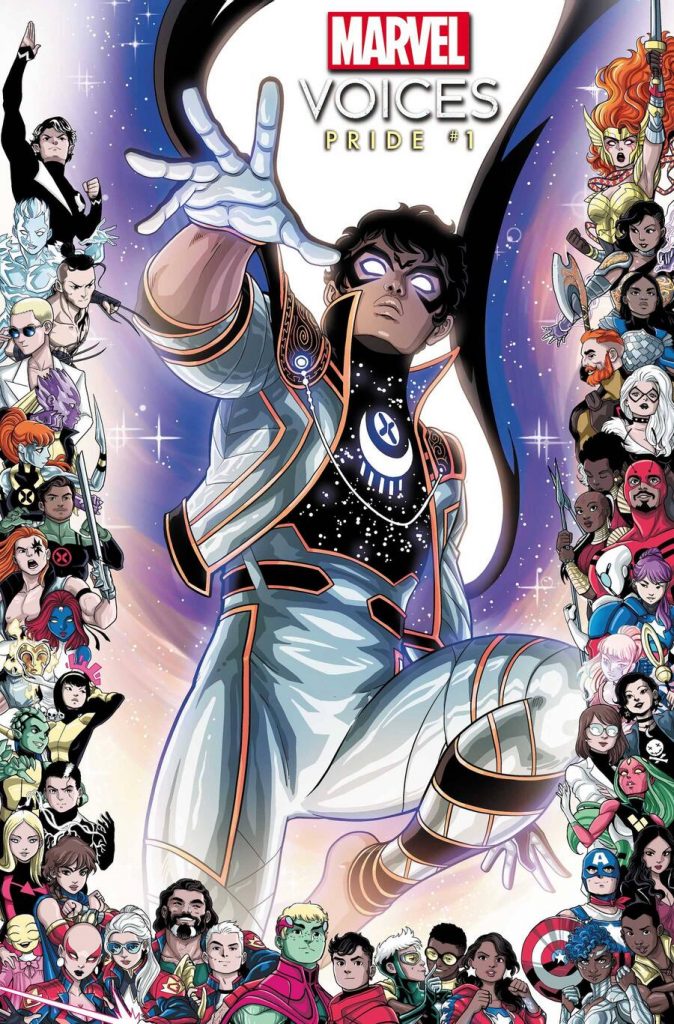 FreakSugar: Before we get into the story itself, how did you become involved with Marvel’s Voices: Pride?

Luciano Vecchio: Sarah Brunstad, the editor behind this collective labor of love, asked if I was interested in writing and drawing an intro piece revisiting iconic moments of LGBTQ+. She knows queer superheroes are my field of interest and I was happily surprised to be asked to write too. I have my creator owned work but I only wrote once for Marvel before, in the first Marvel’s Voices special, where I did a one-page story reuniting all or most of the LGBTQ+ heroes of Marvel attending Pride together. So I guess this is an organic progression of that.

FS: Your story in the anthology recaps the queer history of Marvel so far. What can you tell us about that story?

LV: I had four pages to try and condense what LGBTQ+ stories have been told so far in the Marvel Universe, and I picked Prodigy as the narrator. It is a bit meta in terms of combining the fictional timeline with the real-world publication timeline, and my reflections on both. And I got to do full art, color included.

FS: Following up on that, what was the research process like for that story? Did you learn anything about the queer history of Marvel that didn’t know previously?

LV: I went into full nerd mode, between my previous knowledge, asking people about what moments were special to them as readers, diving into infinite wiki wormholes and taking note of everything… I made a huge folder of image references, made a year by year list of events, and started composing the pages with that swarm of info in my mind. I approach writing in a visual way, so I do layouts and write text at the same time. I had assistance from Marvel archivist Mike O’Sullivan for fact checking.

What surprised me of the experience was seeing the publication timeline at a glance and realizing you can kinda see peaks, trends, spurs of growth, and try to guess the circumstances, like “around here the Comic Code lost power” or “here Marriage Equality was happening”.

FS: The announcement of Somnus, who also appears in Pride, has built all sorts of anticipation. I know you can’t say much about the character, but what can you say about Somnus?

LV: He’s an oneiromancer gay mutant who gets a second chance in life thanks to the new possibilities that Krakoa offers. Created by Steve Orlando, I had the honor to design his look and he debuts in a story written by Steve and drawn by Claudia Aguirre. 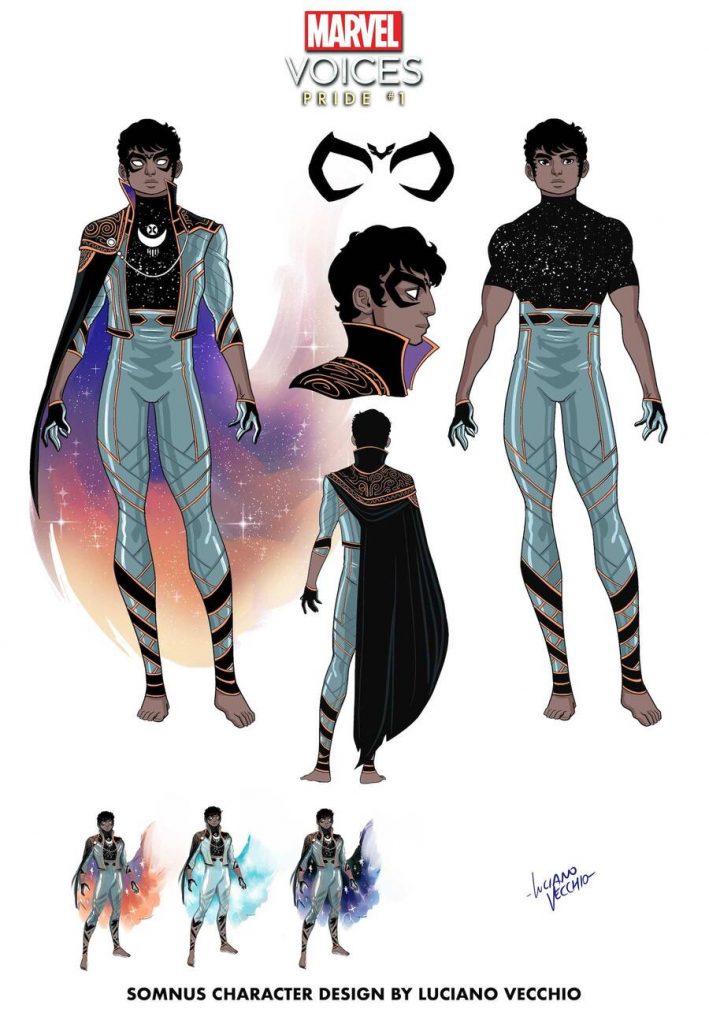 LV: Thank you! This is actually the first time I get asked to design a character for Marvel while not drawing the story myself, so I was a bit nervous. I read Steve’s script and got very few notes from him and Sarah, more like seeds than directives, and was given a lot of freedom. It was one of those designs that just felt right from the start, and the final result is almost the very first sketch I did and everyone liked, with very minor adjustments in the process.

FS: This book is being released in the midst of Pride Month. What does it mean to you both to write your story for this book and to help design a brand-new character, adding a new LGBTQIA+ character to the Marvel pantheon?

LV: It means everything. I got to see the whole issue a few days ago and I’m still moved and can’t believe this is actually happening. For me as a creator but also as a reader, this is something I needed to happen and didn’t dream possible, and now I’m part of it. It feels like a dream, so I guess that feeling, that spirit of the time, is also imprinted in the core of Somnus’ design.

FS: Is there any work you have coming down the pike you’d like to talk about?

LV: I’m currently the artist on Champions, written by Danny Lore, and having the time of my life! I’m also part of the DC Pride special with an Aqualad story written by Andrew Wheeler. And one good thing to come out of quarantine times last year was that I finally got to translate my creator owned, queer-led comic Sereno, and release it digitally through ComiXology.