For the past week or so, Marvel has been releasing teases of images only bearing the letters “MU” along with different comics creators names. While folks speculated as to what “MU” could mean, the House of Ideas pulled the curtain back a little bit to reveal that the letters stand for “Monsters Unleashed!” 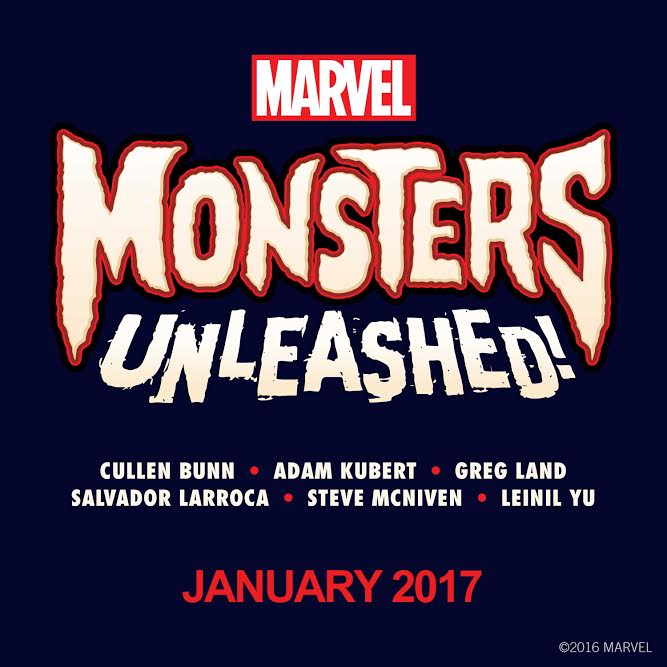 As the title card indicates, “Monsters Unleashed!” hits in January 2017, with a bevy of artists and writer Cullen Bunn at the helm. The name is a nod to a Marvel black-and-white comic from the 1970s that featured such monsters as Man-Thing, Frankenstein’s monster, and Werewolf by Night. Beyond that, all we’ve got is speculation. Will Marvel use those same characters for this event as were used in its 1970s namesake?

It: The Living Colossus

Maybe Marvel will also employ  some of their giant heavy-hitter monsters, including It: The Living Colossus, Fin Fang Foom, and Moomba. Regardless, either (or both) of those Marvel pantheons of characters would be a wonder to see, as they provide a wealth of storytelling possibilities.

Marvel’s “Monsters Unleashed!” hits in January of next year.