Many period pieces from the early part of the 20th century still captivate audiences for their audacity and willingness to throw storytelling caution to the wind and shooting for the stars, mishmashing elements of science fiction and detective yarns to create novel, unique tales that stand apart from the pack. Writer Noel Simsolo takes that sensibility and inspiration to craft a gripping comic in the form of Doctor Radar, now on sale from Titan Comics. In Doctor Radar, Simolo and artist Frederic Bezian tell the tale of Ferdinand Strauss as he investigates the deaths of prominent rocket scientists and the mysterious Doctor Radar’s connection to those deaths.

Mr. Simsolo spoke with me recently about the conceit of Doctor Radar, his inspiration for the series, and bringing historical authenticity to the book.

FreakSugar: For folks who are considering picking up the book, what’s the conceit of Doctor Radar?

Noel Simsolo: Doctor Radar is a serial written by me for a broadcast program, Radio France in 1989. 20 parts of 30 minutes each. Many years later, artist Bezian asked me to work again with him (we collaborated in 2004 for NE TOUCHEZ À RIEN) and we decided to adapt my Radar for comic book with Glénat editions. In the book, it’s the same plot and the same characters I wrote for the serial in 1989.

The Mad Doctor with Fantômas and Mabuse (a Fritz Lang movie) was used as a model; a young and rich man, war heroes and pilots, a painter, and some characters bad and good guys or girls. Like in the 1989 broadcast program, many allusions of the artistic and political life of the twenties are in the book and they inspire Bezian in his art. 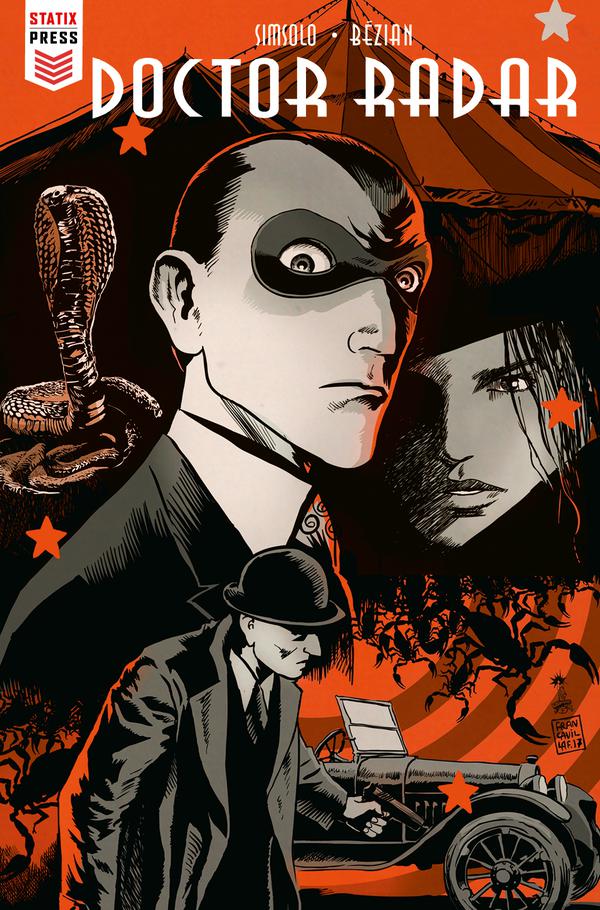 FS: The title character and his henchmen have been stealing notes from various scientists that pertain to stratospheric travel. Without giving too much away, what can you tell us about why he wants those plans so dearly?

NS: Radar wants to colonize the Moon and conquer the Earth through dropping bombs and using brute force!

FS: The book is set in 1920 Paris. What was the research process like to capture the feel and authenticity of that era?

NS: It’s a period piece. I liked them since I was a young man. It’s why, all I write is true about the era. I never invent. 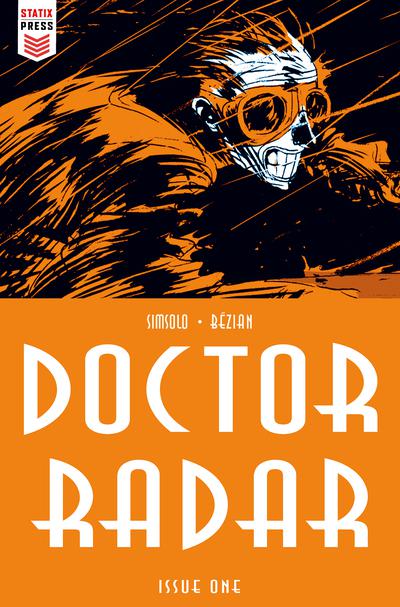 FS: Following up on that, much of the book centers on the science of the time. Is there anything about that time in science that particularly captivates you?

NS: Yes! Too many to mention – many inventors and masters of the sciences were crazy!

FS: The look of the book is eerily gorgeous. What is the collaboration process like with series artist Bezian?

NS: I wrote the story, all the dialogue and the punch lines. Bezian is a real artist – he reflects what I wrote with his genius!

FS: Doctor Radar evokes themes and memories of other great detective tales. Are there any that particularly influenced your work on the book?

The films of Hitchcock, [Fritz] Lang, as well as silent American serials also influence me. 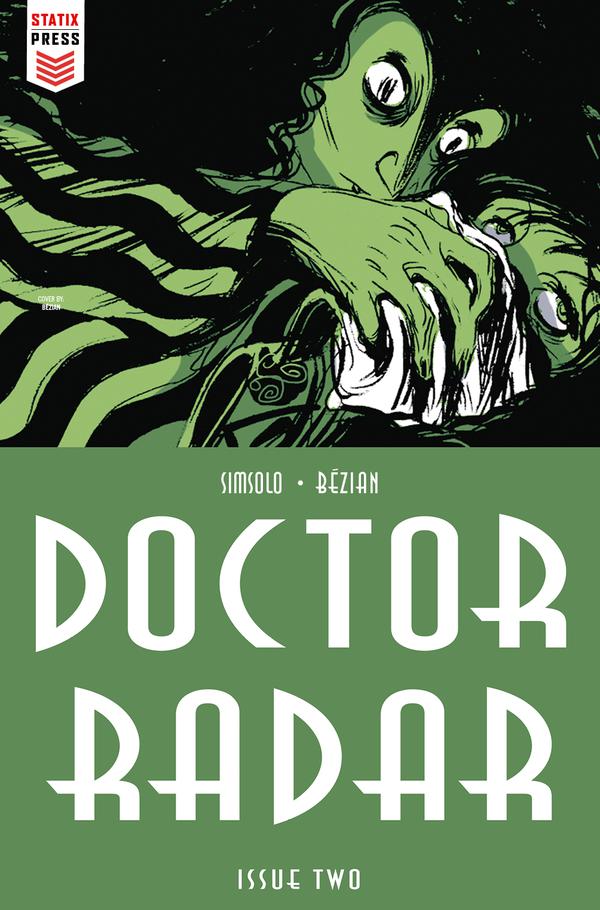 FS: The clash between Strauss and Radar has the makings of a rivalry that matches Holmes and Moriarty. Not so much a question, but an observation.

NS: Yes, but it is basic for thrillers like that – and Moriarty is not so mad…

FS: The name Doctor Radar has a wonderful flair to it, almost like a James Bond villain. Where did you come up with the name for the character? Is it connected at all to his plans?

NS: The name Radar was my choice because, as a child, I was fascinated by [a comic] Les exploits de radar.

Doctor Radar #2, written by Noel Simsolo with Frederic Bezian on art, is on sale now from Titan Comics.

Paris, 1920. A gentleman detective plays a deadly game with a criminal mastermind, Doctor Radar, while investigating a series of horrific deaths!An atmospheric masterpiece perfect for the fans of pulp noir and deadly criminal masterminds!“Doctor Radar is a surrealistic, riveting, beautifully executed thriller unlike anything else I’ve ever read.” – Joe Keatinge (‘Shutter’, ‘Flavor’, ‘Ringside’)