Marvel looks to be kicking the morning off right, giving Runaways fans another teaser image that suggests that the teens-on-the-run will be reuniting in a new series sometime this year. The pic features youngest Runaway Molly Hayes, daughter of mutant members of the villainous Pride. Sometimes going by the codenames of Bruiser or Princess Power, the kiddo is super strong and invulnerable and often acted as the team’s muscle. 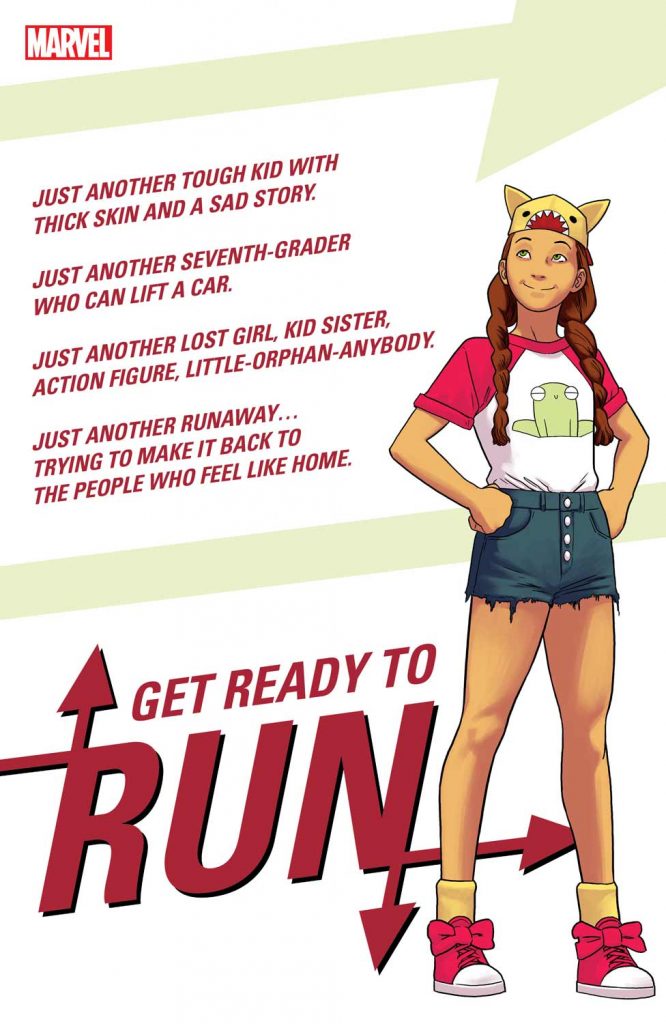 Molly has popped up a few times since the Runaways last had their own series notably in Avengers Undercover and in the form of an alternate, adult, future version of herself in the X-Men: Battle of the Atom crossover event. From the looks of the teaser, it appears that, while still young, Molly is becoming a teenager who’s had to grow up far too fast due to being thrown into a world of superheroics at such a young age.

We’ll see how Molly’s growth will pan out when Runaways returns this year.