After dropping pics of Runaways characters Nico Minoru and Chase Stein earlier this week, Marvel has released another image of one of the team’s original members ahead of the Memorial Day holiday. The art features a redesign of  Karolina Dean (sometimes known as Lucy in the Sky with Diamonds or L.S.D.), the group’s resident alien daughter of marauding invaders. While the House of Ideas has only been teasing images of the group, proclaiming, “Get ready to run! 2017,” it’s looking increasingly clear that the band’s getting back together. 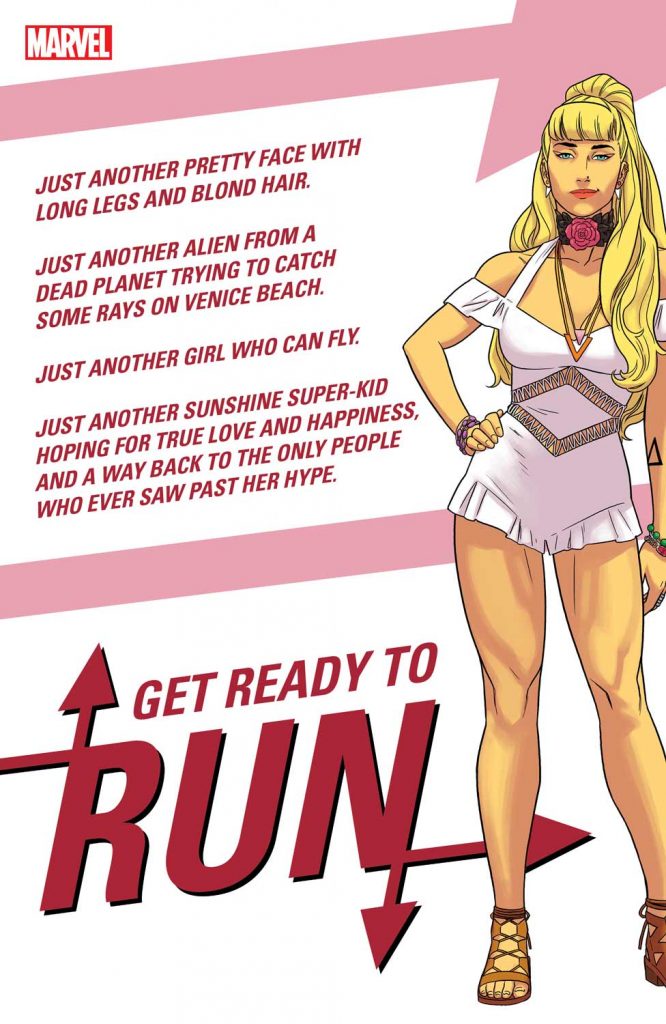 In addition to being the team’s only alien member, Karolina is the only gay member of the crew–except when she was with her Skrull fiancee Xavin before they called it quits. However, unlike what is often unfortunately the case in pop culture, Karolina was never the token LGBTQIA+ character. Her sexuality was always depicted as being a part of who she was, but she was never portrayed as merely the gay character; she was a character who happened to be gay. We’re also digging the tweaks to her costume that seem to hint at her alien heritage while keeping true to her boho aesthetic that she was known for in her earlier appearances. Karolina is a sweet soul and it’ll be nice to see her and her friends back in action once more.