Last week, Marvel Comics released Fantastic Four #44, part of The Reckoning War, the publisher’s latest big summer event that’s barreling down at full-steam. The story centers on The Reckoning, beings who are triggering a cosmic war, aimed, in part, at Earth and the cosmic entities known as The Watchers. The Watchers are a race of ancient powerful beings who have sworn an oath to never interfere in the affairs of other civilizations. 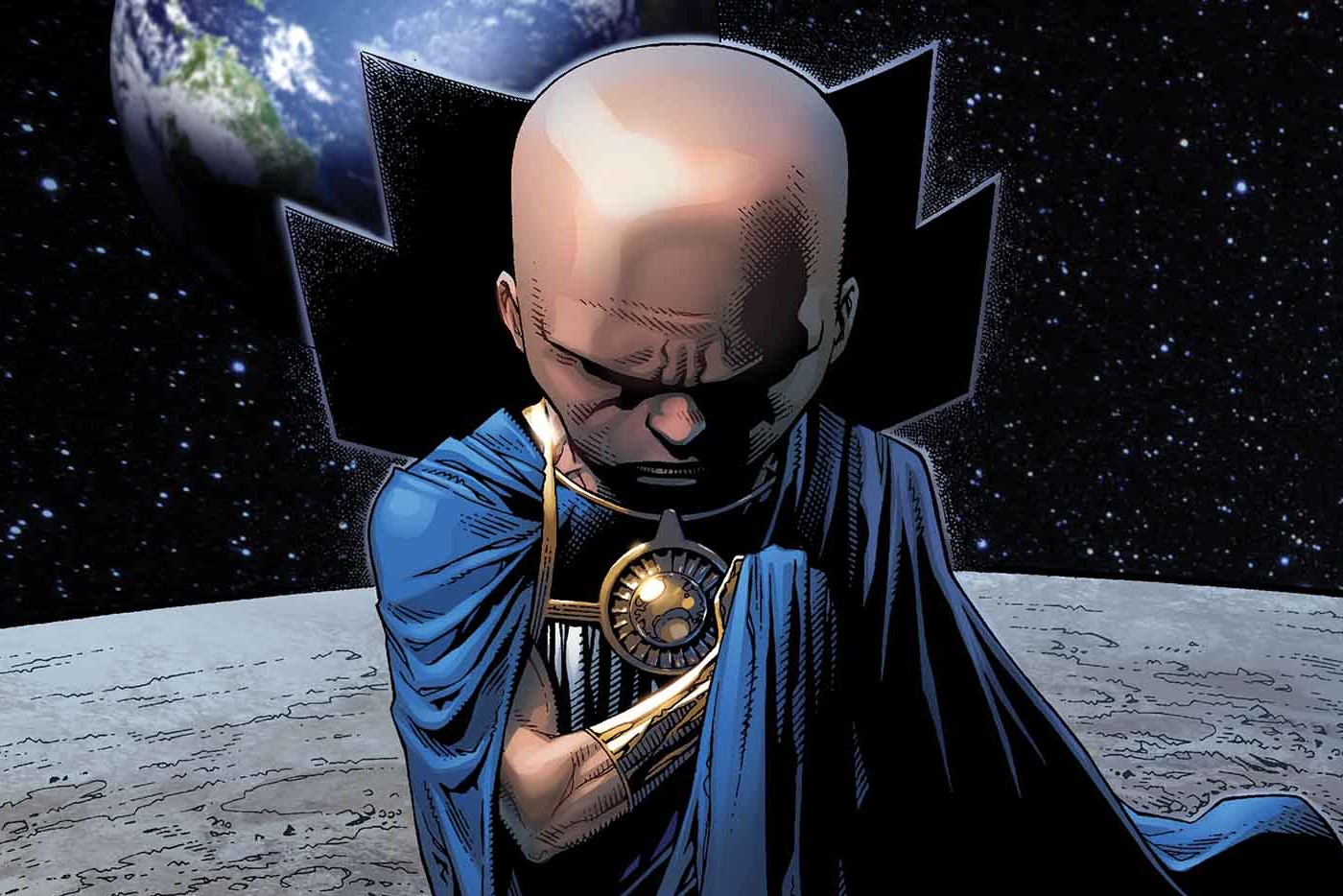 The most well-known Watcher to Marvel Comics’ readers is Uatu, a character who has broken his oath more than once. In honor of The Reckoning War, we look back at three of the most famous instances of Uatu skirting the rules.

Galactus, a force of nature in the universe who sustains himself by feeding on the energies of other worlds and who wears a fashionable purple suit of armor, comes galumphing in our backwater neck of the universe, brought to Earth by his herald, the Silver Surfer in Fantastic Four #48-50, “The Galactus Trilogy.” Galactus is a power with which Earth’s heroes had never contended and had them laughably outclassed. The Fantastic Four attempted to stave off the World Devourer to no avail. Uatu, observing the possible obliteration of the world he was sworn to watch intervened, having come to appreciate and admire the human race. He directs the Human Torch of the Fantastic Four to a weapon on Galactus’ ship. That weapon, the Ultimate Nullifier is the only thing that Galactus fears, so he leaves Earth alone, his purple tail tucked between his legs. The moral of the story: Breaking an oath of observation and noninterference is a-okay as long as you really, really, really like the folks you’re observing.

The Trial of Reed Richards 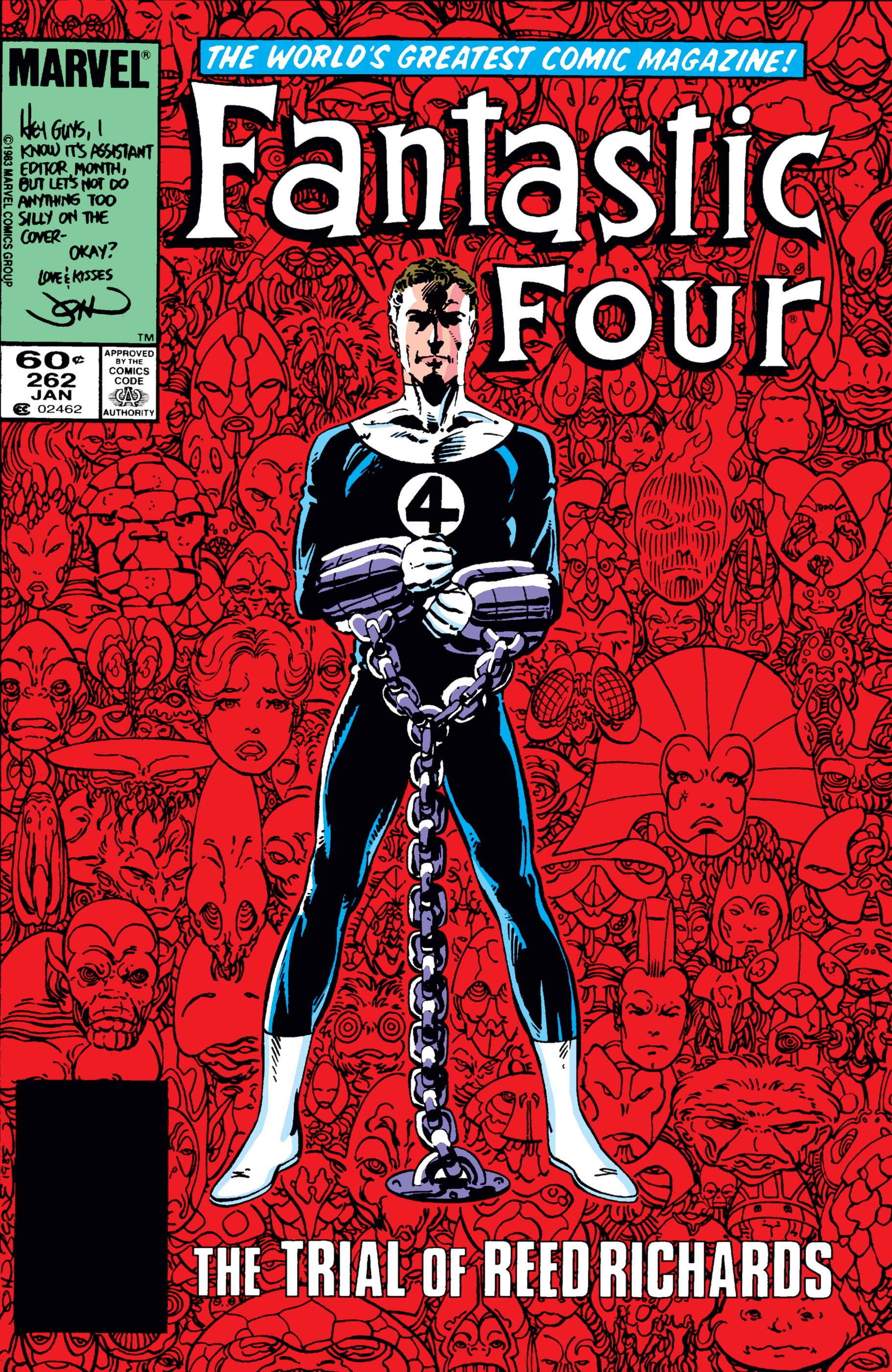 Despite the fact that Galactus had previously attempted to consume the planet Earth on a few occasions, Reed Richards—Mr. Fantastic of the Fantastic Four—helped save the life of the dying World Devourer. Perfectly reasonable response to help heal an anthropomorphized force of nature who has aimed to turn your home planet into his own personal buffet. In response to this perfectly reasonable action by a man who purports to be highly intelligent, in Fantastic Four #262, “The Trial of Reed Richards,” survivors of Galactus’ previous feedings decide to execute Reed Richards for the lives lost through Galactus’ actions after Ricards’ intervention. Uatu butts his big head into the matter, and instead Richards is put on trial for his alleged crimes, with Uatu serving as defense for Richards. In the end, Richards is saved when Uatu and Galactus use some cosmic mojo to summon Eternity, the personification of All There Is, to link all the minds of the court to persuade everyone that Galactus is a necessary force of nature in the cosmos. The matter is dropped and Galactus goes back about his business committing mass genocide on a regular basis. The moral of the story: It’s okay to intervene in the affairs of humanity and break a sacred oath of non-interference for the life of one finite lifeform. You do you, Uatu.

From TALES OF SUSPENSE #53

Uatu and his fellow Watchers swore an oath of noninterference in the first place due to a faux pas, a boo-boo, an oopsie-daisy, if you will. The Watchers had evolved many millennia prior to any other species, with advanced technology not seen on any other world. As seen in Tales of Suspense #53 (1964), “The Way It Began,” they made a decision to provide that technology to a developing race on the world Prosilicus, hoping that it would help propel the evolution of that race. All went to plan until it didn’t. Instead of reaching their fullest potential, the people of Prosilicus annihilated each other in a nuclear holocaust. 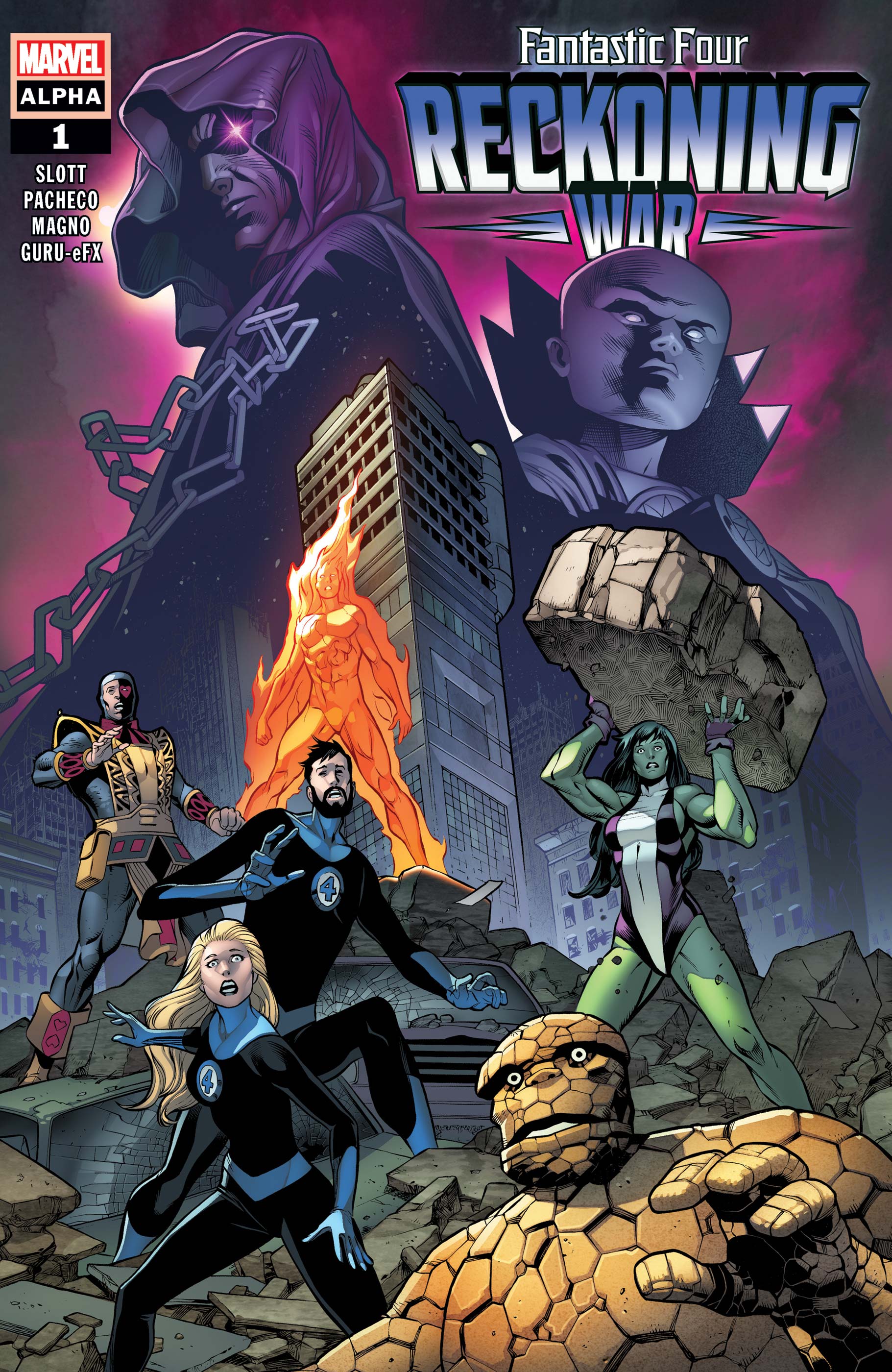 Which they did and which leads us to The Reckoning War, which rolls on in Fantastic Four #44, on sale now from Marvel Comics.