It’s been four days since I saw Transformers: Age of Extinction and this movie has defied my ability to write anything close to a review. It’s such a bizarre Frankenstein’s monster of a thing, all loose threads, parts and plots bolted on, starring the square, monstrous head of Kelsey Grammar. And when you see it, you don’t know whether to avert your gaze in despair or laugh. It’s a movie where Mark Wahlberg is asked to convincingly play a Texas scientist/football star who ends up on the run from the government because all of the evil types (led by Country Grammar) want to blast the Transformers’ seed all over the Earth’s face.

So ultimately, I wrote a shitty listicle with 48 things wrong with Transformers: Age of Extinction because at this point the film – and the Transformers franchise as a whole – defies criticism. You’re either going to see this terrible movie, or you know better. I encourage you not to see it except I kind of want you to because it’s so next-level awful and should be passed down to future generations as a warning.

So go see Transformers: Age of Extremes for Teens (or don’t) and read this list of questions I had after stumbling out of the theater.

1. Wait, why did the Creators kill all of the dinosaurs with their horrible immolation bombs?

2. Was the Creators’ plan to fuck up the Earth, then bounce?

3. Does that dinobot skeleton in the Arctic mean that the dinobots are from Earth?

4. If the dinobots aren’t from Earth, does that mean there’s some entirely random planet out there that has robots that look like Jurassic-era beasts?

5. Wait, was that Inuit guy seriously going to murder forgettable lady scientist for wanting to see the dinobot corpse?

6. What is this bizarre, small Texas town that could spawn both Mark Wahlberg’s accent and is a home to an Irish exchange student?

7. So, that realtor: do black women in the Michael Bay-verse only come in the “sassy” variety?

9. Was the son of the theater owner a deliberate gay panic stereotype or was that just incidental?

10. How the fuck did Optimus end up in the middle of an abandoned Texas movie theater?

11. How did the owners not notice a bomb-blasted semi-truck IN THE MIDDLE OF THEIR MOVIE THEATER?

12. Who was Government Agent Country Grammar explaining the last decade of Transformers continuity to?

13. The Transformers were responsible for no less than three city-destroying battles. How are they not the most terrifying thing on Earth?

14. Why does John Lockdown turn into a gun in a film series where Megatron – whose whole thing was just that – just turns into shitty planes?

16. Is John Lockdown the only character with a clear motivation and rational set of actions to meet his goals?

19. Is there anything more conspicuous than a convoy of black terror SUVs speeding through a small Texas town?

20. Why was Statutory Irish (Jack Reynor) just hanging out in the field near Wahlburger’s house?

21. Does anyone else think it’s creepy that Statutory Irish keeps a card in his pocket so the cops know it’s totally okay for him to have sex with Chef Wahlburger’s underage daughter?

22. Holy shit – did they just graphically immolate comic relief TJ Miller on-camera? Who is this movie for?

23. If Optimus can magically fix himself by scanning another vehicle, why doesn’t he do that all the time?

24. What were the other Autobots doing hanging out in the middle of the desert? 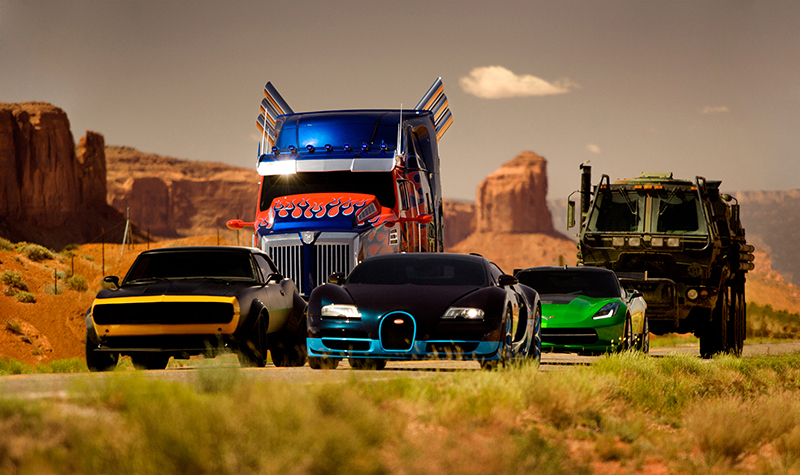 25. Followup: why are all of the Autobots assholes now?

26. Why does Ken Wantanabebot speak solely in “Japanese-y” aphorisms and call Optimus “sensei?”

27. Why is Ken Wantanabebot – ostensibly an ancient alien from another planet – dressed like a Samurai?

29. Would you describe Stanley Tucci’s character as charmingly molester-y or molester-y charming?

30. Correction: could this movie become “Transformers: Stanley Tucci and Lockdown Hang Out and Stuff?”

31. If the Transformium Transformers can change into anything, then why is that never brought up again at any other point in the story?

32. Is Hoochie Tucci’s marketing plan to release robots based on those other robots that nearly destroyed the planet?

34. The (second) near obliteration of downtown Chicago – what does this franchise have against that city?

35. Why does Lockdown’s spaceship have an anchor?

36. If Galvatron has Megatron’s soul, why is he calling himself Galvatron?

37. How was Galvatron controlling things at Hoochie Tucci’s company being inert and all? 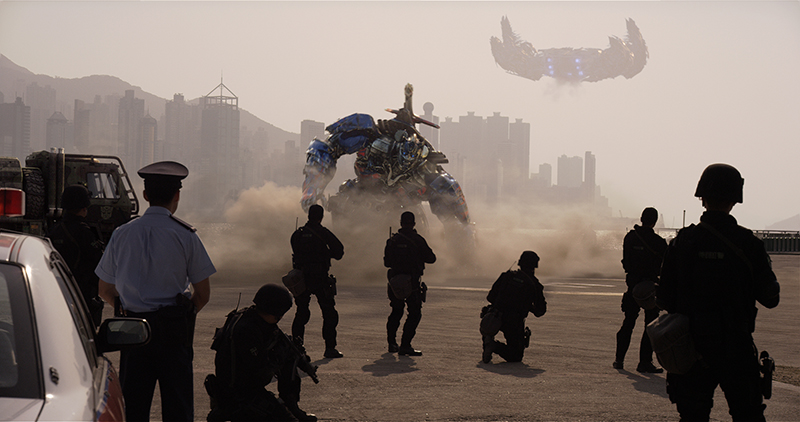 38. Hoochie Tucci’s sudden bout of conscience: what part of “alien terraforming bomb” did he not understand?

39. The seven-figure deal: Was Country Grammar really willing to murder a bunch of aliens, run multi-billion dollar covert ops, risk treason charges, and pass technology over covertly to a weaselly billionaire for at most $9 million?

40. Did they re-use Optimus’ “I’ll kill you” line (first, in the barn when he wakes up and later in the final battle)?

42. Is Wahlburger’s arc that he’s an inventor who now thinks things shouldn’t be invented?

44. If the Transformium Transformers just blow up like regular Transformers, then what’s the point?

45. Were the dinobots prisoners on John Lockdown’s ship? Where could they even fit?

46. Optimus: isn’t it kind of weird that you just enslaved the dinobots in the name of freedom?

47. Wait, Optimus can fly? Why didn’t he just fly the stupid bomb into space an hour and two destroyed cities ago?

48. Are the remaining asshole Autobots just going to hang out with the Yaegers?