With Showtime’s Twin Peaks: The Return at an end, FreakSugar contributor Tim Avers shares his thoughts on the 18-hour run. 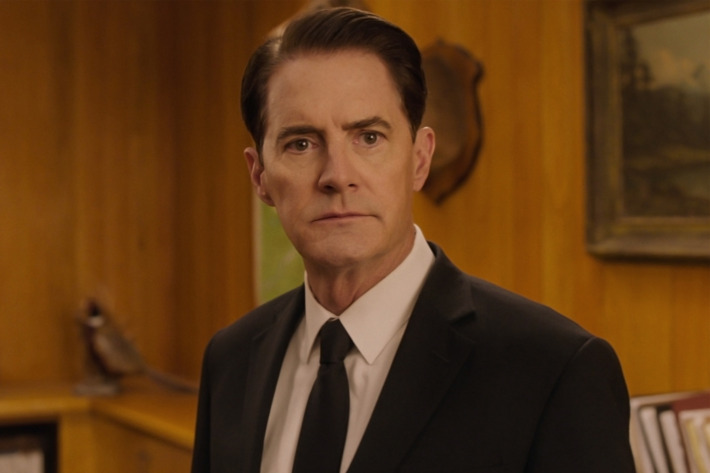 That being said, I’m writing this for those of you who have embarked upon the whole journey. As somebody who has enjoyed Twin Peaks and Lynch since the 1990s, this little supernatural drama holds a special place in my heart and I want to try to interpret some of the more complex aspects of “The Return” as one might interpret a dream from within a dream. And frankly I don’t think there’s a better way to do that than at face value.

A whole lot of Twin Peaks: The Return is Lynch being an indulgent auteur director which is fun in and of itself for his fans. The inclusion of so many old friends and collaborators is both thrilling but especially touching in many ways. Lynch of course could not take this curving and dark road without the likes of Mark Frost and Angelo Badalamenti, who give life and eeriness to this world. But the greatest example of course is actress Catherine E. Coulson – Twin Peaks‘ iconic oracle the “Log Lady.” The illness of Margret Lanterman mirrors Coulson’s terminal condition making every scene with Michael Horse’s Deputy Hawk weighty and touching. It can’t help but be mentioned that Showtime made a very auspicious decision in giving Lynch free reign at this precise moment to honor so many performers very close to their time of passing – not just Coulson of course but the legendary David Bowie and Miguel Ferrer, whose Agent Albert Rosenfield steals so many scenes in “The Return” he nearly upstages Lynch’s Gordon Cole. (I suspect it was Ferrer’s passing which led to Lynch muse Chrysta Bell playing a smaller role as Agent Tamera Preston when it came to editing.)

Twin Peaks: The Return is an odd creature for a number of other reasons. In this day and age it’s not entirely strange for TV shows to be revived on pay platforms – the most notable being Netflix. But it is unusual for a broadcast show to be revived by an older pay network. Showtime has been around since 1983, predating Lynch’s most Lynchian films, save Eraserhead.

The Return has been notable for its mind-blowing moments, not just trippy ones but full on spiritual interpretation and extrapolation from real world events that Lynch has incorporated into the timeline of this multiverse. The most notable certainly transpired in Episode 8, when Lynch meditated on the consequences of man’s experimentation unleashing the destructive power of atomic energy. Lynch’s use of this event is profound both to the narrative and in larger cultural reflection.

Lynch gets pretty meta when it comes to his avatar within the series – FBI Deputy Director Gordon Cole. Cole’s hardness of hearing and use of an electronic aid is explored in a completely new way as it becomes clear that it’s both a telescope and a crutch. Lynch has been criticized for his off-camera friendliness toward younger actresses for decades and uses no-less than David Duchovny’s transgender character Denise Bryson, elevated to the directorship of the FBI, to critique his own behavior. And hilariously Lynch also brings his own sexual potency and discretion into the limelight in a brilliant line late in the series.

But there would be no point in discussing Twin Peaks: The Return without focusing on its star, Kyle McLachlan. 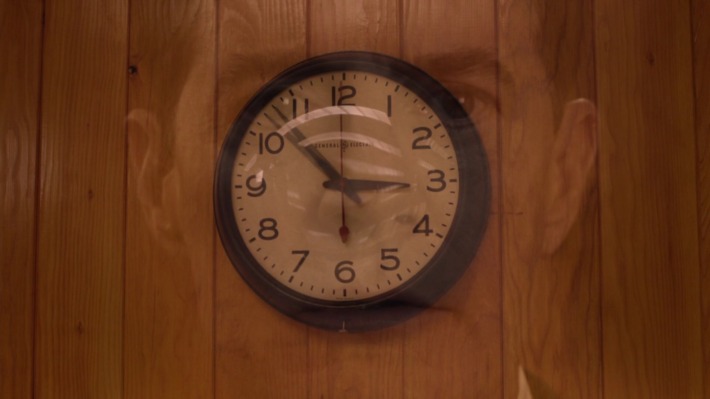 If one looks at McLachlan’s career circa 1990 there are contrasts and comparisons to Hollywood A-Lister Johnny Depp. Depp commands larger paychecks and has fallen into darker valleys than McLachlan. But in the last decade of the 20th Century both were hot young actors and could have been interchanged. Both made decisions to work in more artistic projects but Depp was already on a different trajectory. McLachlan clung to the fringes and his association with Lynch especially would cast him in a different light. Both men have remarkable careers but McLachlan has now effectively played four Depp roles over the course of the same project. It’s almost as if Lynch set out to prove McLachlan is the better showman without the special trappings of a character actor.

Dale Bartholomew Cooper, McLachlan’s adorable, plucky FBI special agent character throughout the first two seasons of Twin Peaks, is an absolute delight. Curiously absent from The Return are strong references to Dale’s more human actions, including sleeping with the wife of his Bureau-partner-turned-psychopath Windom Earle. Instead of this or any other aspect of the character from broadcast TV days, “Coop” is split into four men.

The first is the malevolent Mr. C. Mr. C is a meditation on Cooper if he had taken his ex-partner’s path and pursued the darker side of Tibetan mysticism. Instead of law, Mr. C uses Cooper’s mind for illegal activities, amassing a significant fortune and assembling a vast network of criminal associates. Mr. C constructs numerous traps for the real Cooper that defy even the physics of the extra-dimensional Black Lodge. Exploiting the real Cooper’s contacts, acquaintances, and genius, he plays his hand carefully and close to his vest. He maintains personal contact only with criminals of a very low order and uses proxies like Mr. Todd to stay off law enforcement radar. But he proves evil enough to continue a pattern of remarkable violence, especially against women, and even acts as host for the parasitic spirit BOB, who now seems less like a commanding presence of evil than a hitchhiker between humans and doppelgänger of special malevolence. 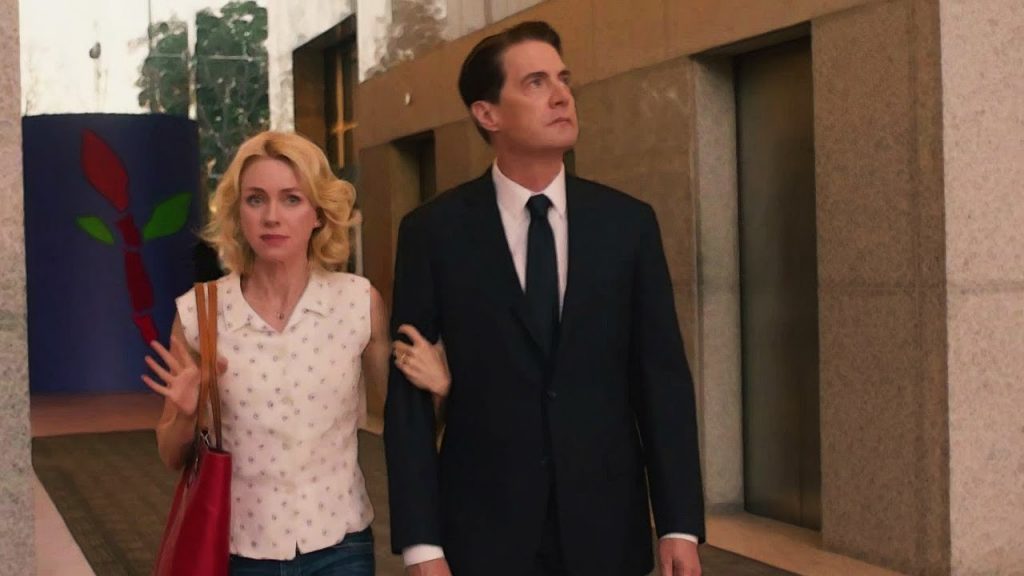 McLachlan’s second and briefest role is that of the “true” Dougie Jones, a ne’er-do-well insurance man in a Lynchian pastiche of laugh-track suburban comedies and crime dramas. Dougie is actually a tulpa – another sort of duplicate created “for a purpose” – in this case, to trap the real Cooper upon his return from Twin Peaks‘ iconic waiting room with its red cinema curtains and zig-zag tile floor. Dougie has a wife, Naomi Watts’ brilliantly neurotic Janey-E, and a son but also dallies with prostitutes and flirts with female coworkers.

Then there is the fusion of Dougie and Cooper, a slow-blinking idiot savant who somehow manages to save the day despite rudimentary motor functions and an inability to communicate beyond a maximum of three repeated words. In today’s pop culture it’s almost impossible to deny comparison to Game of Thrones‘ Hodor and Guardians of the Galaxy‘s Groot. Yet Dougie/Coop is guided by positive forces of the Lodges and perhaps an inner connection to his true self such that he can suddenly strike decisive blows against threats or arrive at insights that sometimes lie outside normal perception. McLachlan spend most of his time in The Return as this character. It’s sometimes frustrating, sometimes stunning, but in retrospect an amazing, laconic pantomime.

And fourth and finally there is Dale Bartholomew Cooper, who we see at the beginning of and later in The Return. This is the old Coop, the huggable, black-coffee-and-cherry-pie indulging, indomitable optimist against all forces of evil. The man who talked to a tape recorder like it was (and it was, by and by) a woman he loved. A man who threw rocks at cans to gage causality and solved crimes via dream revelations. This was the Cooper we all wanted, the one we got like a bittersweet present – smelling like a rose that somebody gave us on our birthday deathbed, to paraphrase Twin Peaks-adjacent grunge rockers Stone Temple Pilots. 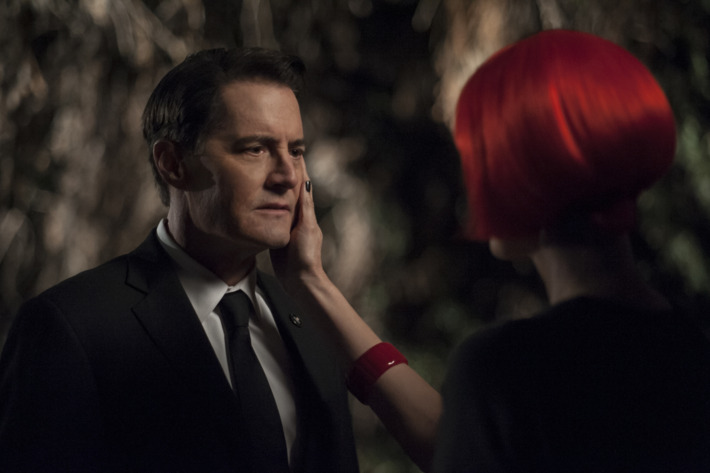 And what of that cherry pie and tape recorder? We got them, too, in the nightmare of Sherilyn Finn’s Audrey Horne and Laura Dern’s tortured tulpa Diane. On very different levels both Audrey and Diane are intimates of Cooper and Lynch seems to imply that it’s only through these interpersonal intimacies that we find our meaning and direction, or sometimes don’t. Sometimes it’s speakers for the dead, as homicide detectives are occasionally analogized, who revive the truth – like Mark McPherson in the 1944 noire movie Laura. That’s Lynch – winding in and out of universes of fiction and reality.

So what became of our hero? Many seem confused or dissatisfied with the two-part conclusion to Twin Peaks: The Return. But I think it’s perfectly simple.

As Cooper said, “The past dictates the future,” but much will change. Some of Twin Peaks‘ most memorable characters have received a new lease on life and some rebirth, if a complicated one. Cooper has defeated a certain part of menace we were told is the Black Lodge but there is more to be done.

Perhaps in a fourth season? Perhaps. Perhaps only as we live within Lynch’s dream.