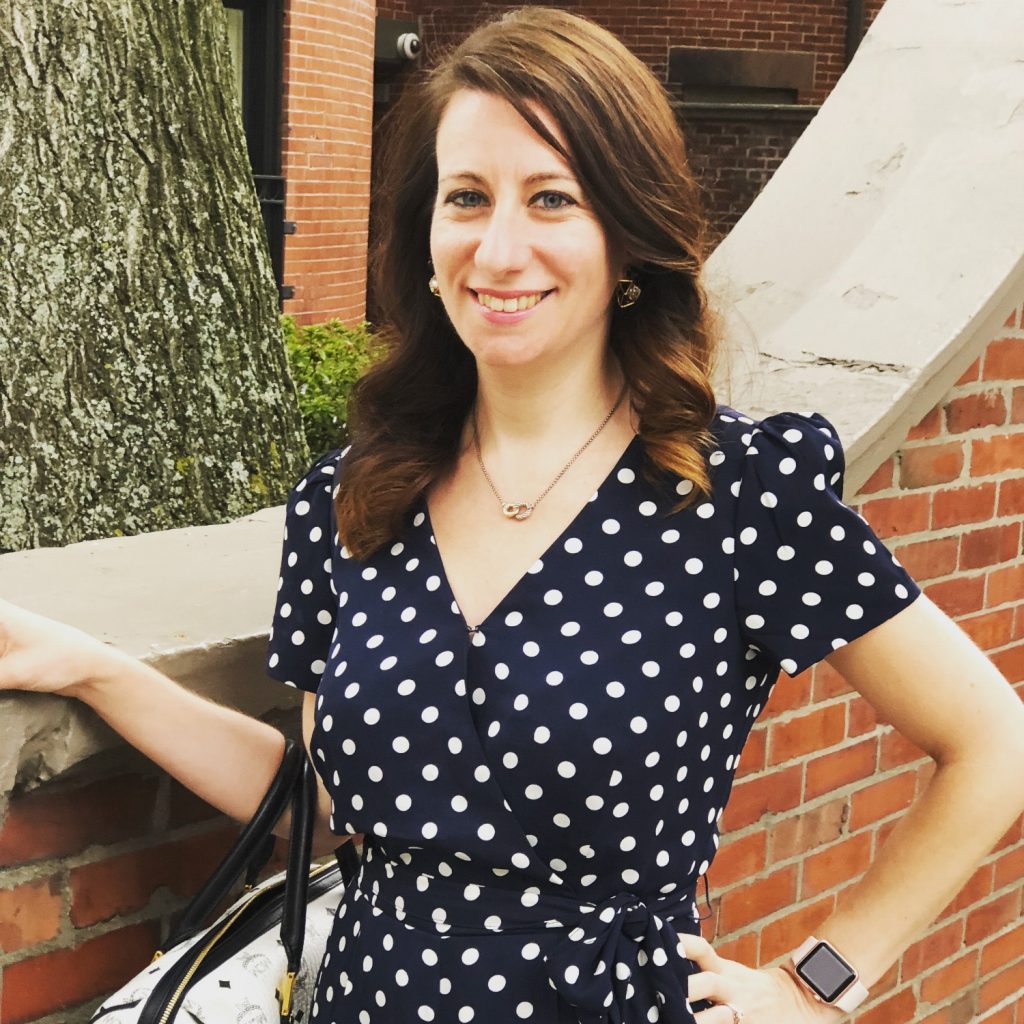 Fictional stories are brimming with heroes in feats of derring-do, with those heroes striving to curtail the machinations of villains who would do others harm. However, as much as those tales are about spectacle and action, they also focus on the very internal struggles those do-gooders wrestle with, struggles that we ourselves might buck up against: depression, grief, trauma, adversity, and isolation. Many lovers of fiction and fantasy pull inspiration from how those characters grapple with those issues and apply the examples to their own lives.

Andrea Towers is one of those lovers of fiction. A former writer of Entertainment Weekly, former Sales and Communications Associate with Marvel, and current Associate Editor with Nerdist, Towers has a deep and abiding love of those stories and recognizes how they can help readers and viewers in the problems they contend with every day. In her book Geek Girls Don’t Cry, Towers looks at what those characters—specifically female characters—can teach us about being strong and have the courage to press on, no matter the obstacle.

We spoke with Ms. Towers recently about the conceit of Geek Girls Don’t Cry, why she wanted to get this book and its message out into the universe, and what she hopes readers will take away from reading the lessons within.

FreakSugar: For folks reading this, what can you tell us about the idea behind Geek Girls Don’t Cry?

Andrea Towers: Geek Girls Don’t Cry is really a self-help type book (though I’m not technically allowed to bill it like that for reasons – I’m not a licensed psychologist!) Essentially, it focuses on different women in pop culture – women from television, gaming, comics, movies, literature – and looks at some of the real-life struggles they’ve endured through their character journeys, like PTSD, anxiety, depression, isolation, etc. In addition to stories of fictional characters, there are also interviews and insights from licensed psychologists, many of whom use pop culture in their everyday work, to kind of bridge the gap between what we see in fiction and how we can apply what we learn from these characters’ struggles to what we’re going through in our own lives.

Essentially, the book tells us that it’s okay to find comfort and inspiration in fictional characters – and we should! Just because they’re not “real” doesn’t mean we can’t pull from their strength and struggles. 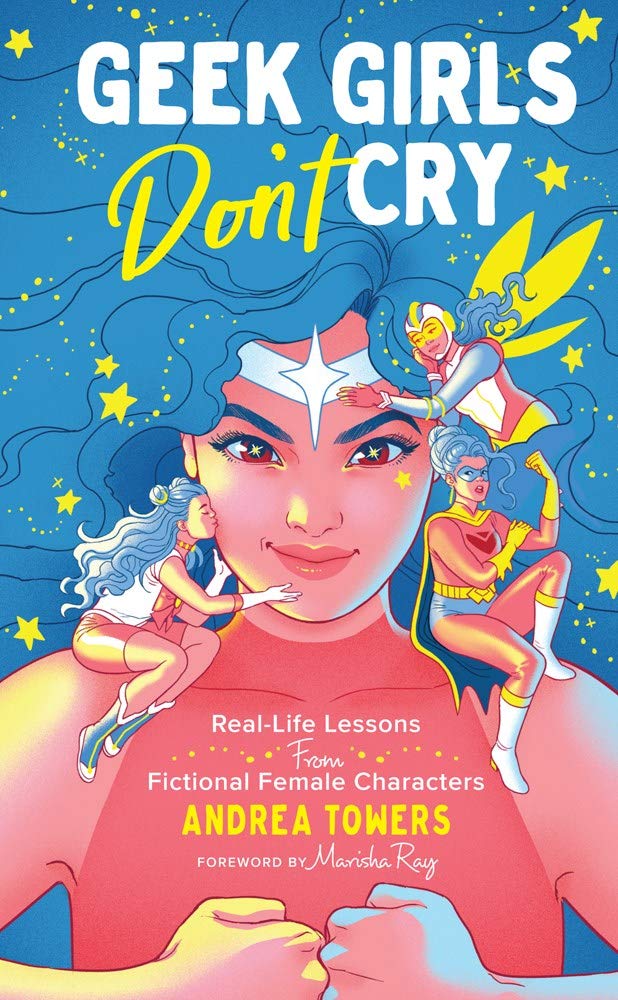 FS: Your passion for pop culture is so refreshing and palpable, especially on your social media accounts. What was the inspiration for this book?

AT: I’m not quiet about what I like, that’s for sure! The inspiration for this book was actually two-fold: pop culture has been a part of my life for as long as I can remember; growing up I always attached myself to fictional characters that I felt I could relate to even if I didn’t realize it. (I talk about it a little in my book but Dana Scully from The X-Files was instrumental in getting me through high school and a large reason I pushed myself in academics.) When I was between jobs a few years ago, I also hit a low point with my mental health and to keep myself distracted, I’d turn to my favorite comics or movies or I’d read interviews with my favorite actors and actresses. I realized that there was something there – identifying your mental health struggles with someone who was also struggling in a fictional medium – and felt it could resonate with others. The response from the book has proven that it does, and I couldn’t be happier!

FS: You are no stranger to pop culture and writing. What was your process for writing Geek Girls Don’t Cry and how was that impacted by your previous and current work?

AT: Writing a book is harder than writing a short article for an entertainment website! That being said, I was lucky in that what I was writing about was literally my favorite thing. I mean, I got to write about Black Widow and Buffy as a technical job, how cool is that?

For non-fiction books, you don’t have to submit a complete manuscript before you sell it. So I had a few chapters written but after the book was officially sold, I had to write the rest. My editor and my agent were instrumental in helping me find a groove and outline that worked, and once I had that down, writing each chapter became pretty easy since it was pretty much the same formula. Obviously my background is in entertainment journalism and I’ve picked up a lot from my work at Entertainment Weekly, Marvel, and other places, so I had the analytical part of writing down. But pretty much every character included is a character I chose or fought for, so I was very familiar with who I was writing about and their backgrounds and that made the process a lot easier.

FS: As I said, it’s evident that you love your subject matter. Did you have a favorite part of writing the book?

AT: It won’t surprise you that I loved writing about my favorite characters – Black Widow, Dana Scully, Buffy, Juliet Burke (from Lost). But I also loved the interviews I did with various creators in the industry, where I got to ask them about what characters they worked on or created influenced them or helped them through rough times. A lot of them were graciously open about personal experiences, and it really drove home how important the overall message of this book is and how important these characters can be, because it’s something we don’t talk about much. 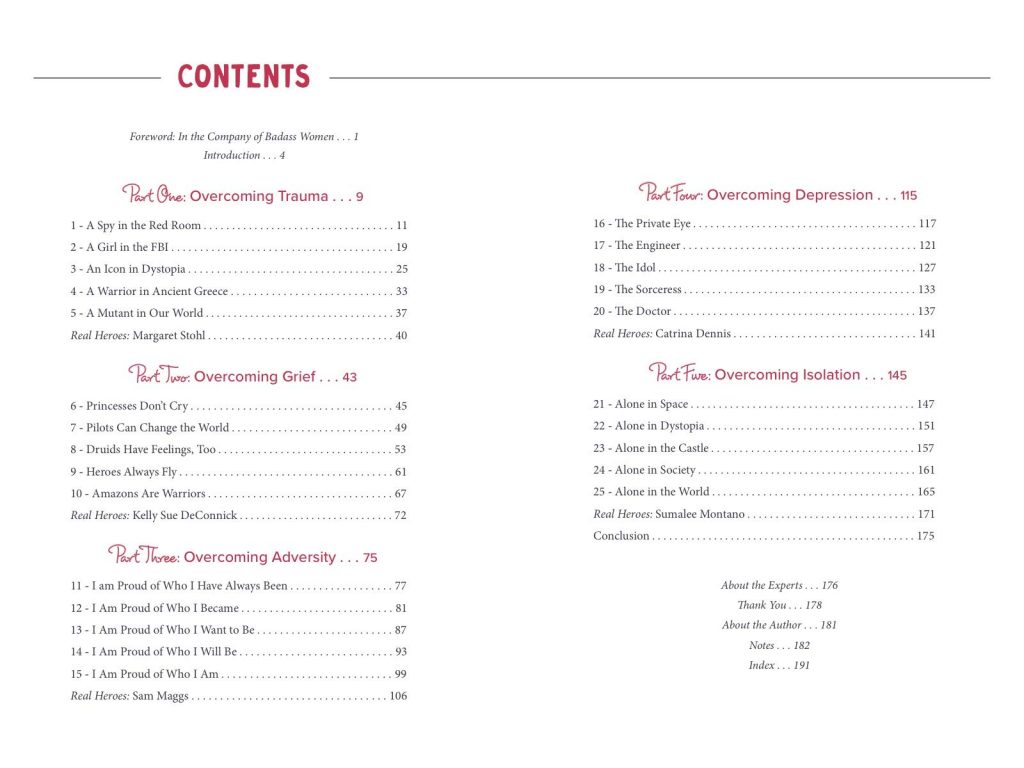 FS: Following up on that, what was the research process like for Geek Girls Don’t Cry?

AT: Even though I knew most of the characters well, I definitely had some blind spots, so I dug deep into a lot of characters – I also had to make sure that I was referencing things correctly, especially since there were characters like Wonder Woman and Scarlet Witch that exist in two different mediums with two different backgrounds and I often had examples from both. There were episodes of shows that I highlighted that I was familiar with but had never seen, so I watched those in addition to reading reviews and articles. And then there was all the actual psychological research about the different areas of mental health I touched on – I read a lot of articles and books about the nuances of anxiety, depression, different coping mechanisms that therapists often use.

FS: You’ve divided the book into several sections focusing on different areas mental health. How and why did you decide to structure the book in that way?

AT: A lot of that was decided on before I sold the book – my agent and I were really careful about figuring out the best way to organize the table of contents. My editor had a very specific approach for the book which I agreed on – self-help first, pop culture second. Dividing the sections into different mental health struggles and having each chapter include characters that were specific to those struggles was a helpful way to keep the focus on self-help, which was the goal. Plus, even though there may be five characters struggling with depression, how each character handles their struggle or overcomes it is different, which I think is so helpful because it shows that there’s not just one “fix” for what you’re feeling.

FS: You’re very vocal about your love of Black Widow; she’s the best! How did your love of the character impact how you approached the book?

AT: I think I’m a bit of a fan of hers. [laughs] Black Widow was actually the very first chapter I wrote when this book was nothing more than a proposal. She was always involved, she was the chapter I sent to editors when I was trying to sell it, and I honestly think that because I was able to talk so passionately about the character, it helped sell that I was passionate about the material and the book’s subject matter. She was also kind of a guiding force throughout my whole publishing journey – whenever I got overwhelmed or stressed, I read one of my comic runs and it reminded me that even when things get hard, you can’t just throw in the towel. You have to keep pushing forward because you’re going to contribute something amazing to the world, even if no one knows it yet.

FS: Besides being entertained, what do you hope readers takeaway from Geek Girls Don’t Cry?

AT: Honestly, I hope people realize and accept that it’s okay to find yourself in someone who isn’t technically “real.” I’ve gotten a lot of flak in life for identifying with characters because of this reason, and it’s hard for me to explain that it doesn’t matter that they don’t exist as a real person – what I see them go through resonates with what I’m going through or have gone through. I hope people see themselves in characters they might not have seen themselves in before and find new role models and new people to draw strength from. Mostly, I hope people find that this book is helpful and insightful, and that they can identify with its lessons.

FS: What did you yourself get out of the journey of writing the book?

AT: I keep joking that the book was like my own personal therapy without me having to go and pay my fee for therapy. But it’s not really far from the truth. Writing it was really cathartic in a lot of ways because even though I was in a much better place than I was when I started thinking about the book and putting it together, I still was going through some stuff and being able to write about these characters staying strong while going through their own struggles was really helpful for my own mental health.

FS: Do you have any other ideas in mind for future books that you’re working on or have on the back burner?

AT: Yes! There’s a book I’m working on that’s similar in content to Geek Girls Don’t Cry, but it focuses on one specific medium instead of a spread of pop culture. I also am working on/have plans to hopefully finish a graphic novel. I’ve got a ton of other ideas for books and dreams of writing for an IP, so hopefully those will all materialize at some point. Right now, I’m trying to write as much as I can to put as much out there as I can.

What does it mean for a woman to be strong—especially in a world where our conception of a “hero” is still so heavily influenced by male characters like Batman, Spider-Man, and Superman? Geek Girls Don’t Cry explores the subject, offering advice tailor-made for fans of any age. Andrea Towers, who works in public relations at Marvel Entertainment and has written about superheroines for outlets such as Entertainment Weekly, outlines some of the primary traits heroic women can call upon, like resilience, self-acceptance, and bravery, pulling in stories from real-life women as well as figures from the pop-culture pantheon. She also interviews the creators of our favorite fictional heroines, who discuss how they drew from their own experiences to develop these protagonists and how, conversely, their own creations continue to inspire them.