The Forever War is brutal, beautiful, and utterly sublime. Haldeman and Marvano are creating must-read comics with every issue, and providing a master class in just how powerful the medium can be. 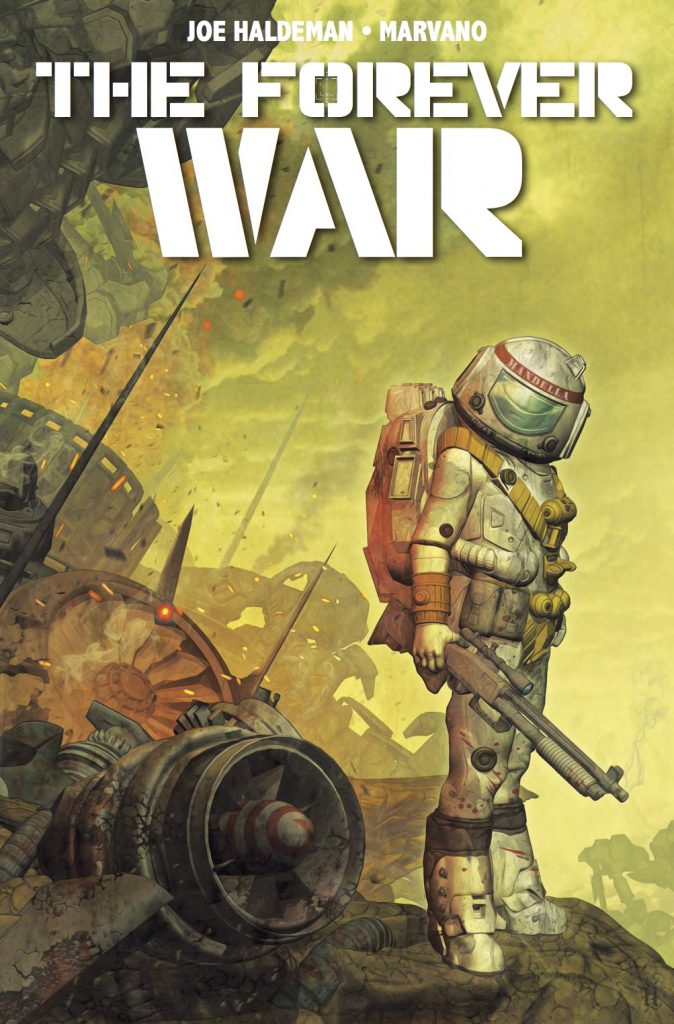 Cover of The Forever War #4. Art by Fabio Listrani.

Issue 4 of Titan Comics’ The Forever War hits stands next week, continuing the reprint of this incredible series from writer Joe Haldeman and artist Marvano. Mandella and Marygay have returned to an Earth that, thanks to the effects of relativistic travel, they no longer recognize. Only a few years older subjectively, decades have passed back home, and the ongoing war against the Taurans has taken its toll on society, although the masses are largely unaware of how much things have changed. 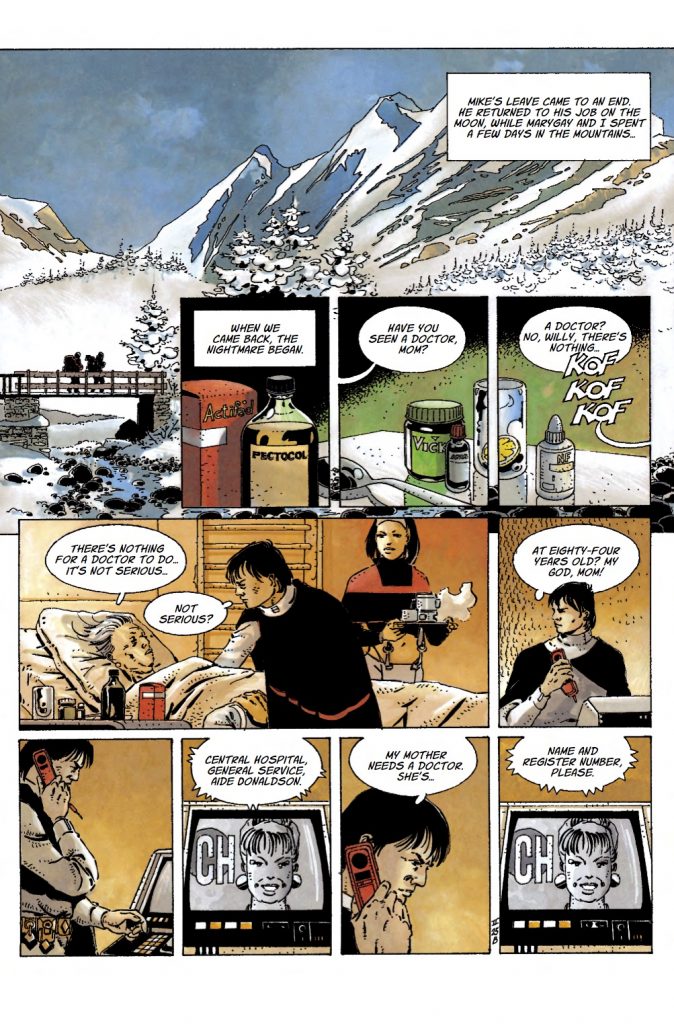 In a sequence that reads like a frightening look at things to come, Mandella discovers that at age 70 the government ranks individuals according to how valuable they are to society, and provides healthcare appropriately. For Mandella’s mother, now 84, that means no care at all, despite having a celebrated veteran for a son. On this new Earth, information is carefully controlled and manipulated, and every effort is made to keep the world’s populace in blissful ignorance as to the realities of the war and their own socioeconomic problems. So the two “young” people go back to the only home they know – each other and the military. There things are SNAFU, but at least predictably so.

Script by Haldeman, art by Marvano.

The retelling of Haldeman’s novel continues to be masterful, with deft scripting that manages to compress without chopping the story into snapshots of some greater whole, and Haldeman also knows when to get out of Marvano’s way. I continue to be in awe of Marvano’s storytelling, and his stunning eloquence. Towards the end of this issue there is a five-panel page where Mandella is watching Marygay’s ship leave orbit where Marvano’s use of perspective and distance manages to produce a gut-wrenching sensation of loss and loneliness as Marygay’s ship moves farther away from Mandella while the figure of Mandella is simultaneously moving farther away from the reader’s point of view. Describing it commits a gross injustice to the work, but unfortunately this page was not included in the art provided for us by Titan. You will know it when you see it, however, and you need to see it. 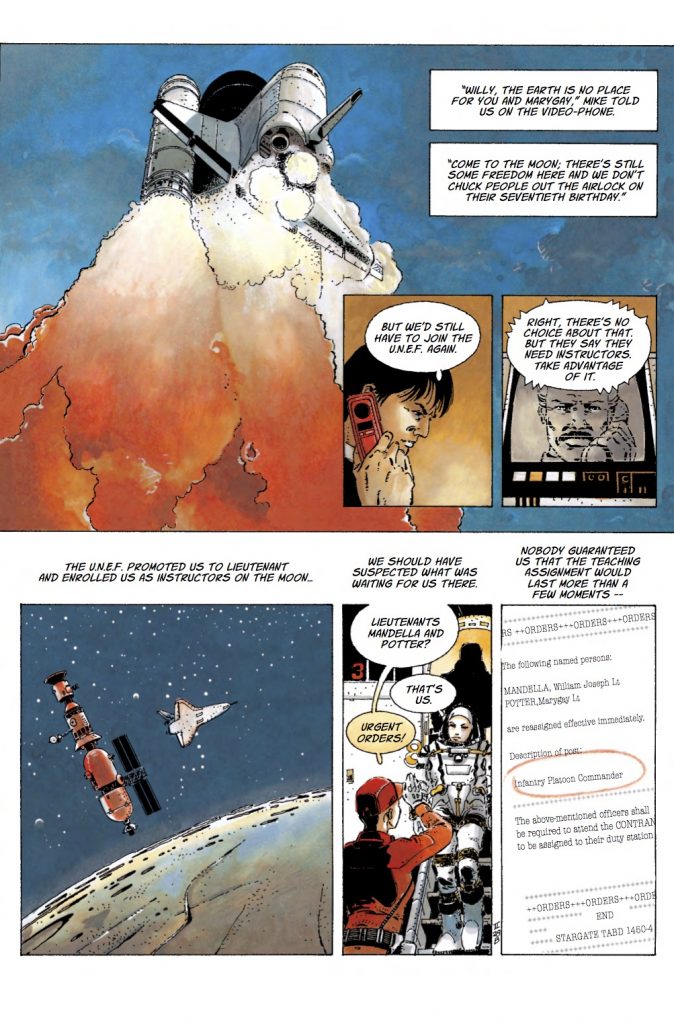 The Forever War #4. Script by Haldeman, art by Marvano.

The Forever War is brutal, beautiful, and utterly sublime. Haldeman and Marvano are creating must-read comics with every issue, and providing a master class in just how powerful the medium can be. This one should be on your pull list, and if it isn’t – you are cheating yourself out of a true phenomenon. The Forever War #4 will be available in comic shops on Wednesday, May 17.