Thus far, Doctor Strange: Damnation has been one of the most tightly composed Marvel events in years, thanks in large part to how the publisher approached the story. Instead of crisscrossing through an interminable amount of titles, the Damantion story arc is relegated to a main miniseries and a smattering of tie-ins with, naturally, Doctor Strange being chief among them.

Writer Donny Cates is sharing narrative chores on the miniseries with Nick Spencer, but over in Doctor Strange, Cates can focus on vignettes and between-the-panels side-tales that other characters in the event are doing that may not be able to share as much as the spotlight in mini. For instance, in the following exclusive preview for next week’s Doctor Strange #388, Cates and the incomparable Nico Henrichon on art are giving Bats, the doctor’s ghost basset hound, a time to shine. For my money, Bats is one of Cates’ best additions to the Doctor Strange mythos–what wizard doesn’t need a familiar? And having Henrichon, who proved the emotion he can pour into animal characters in his and Brian K. Vaughan’s Pride of Baghdad, is the perfect artist to give Bats his due. 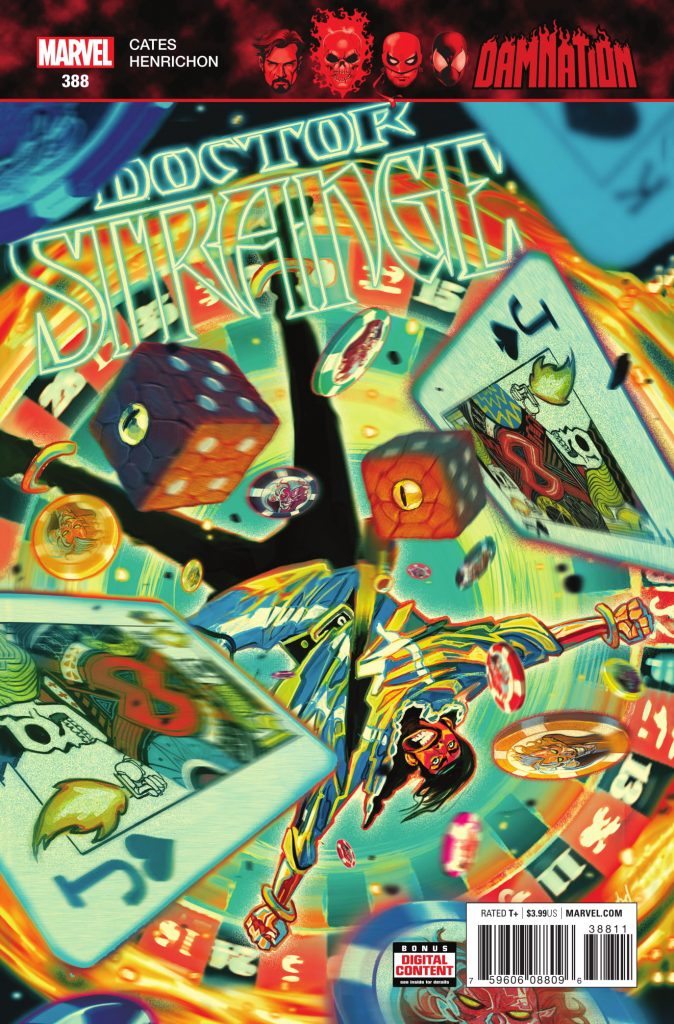 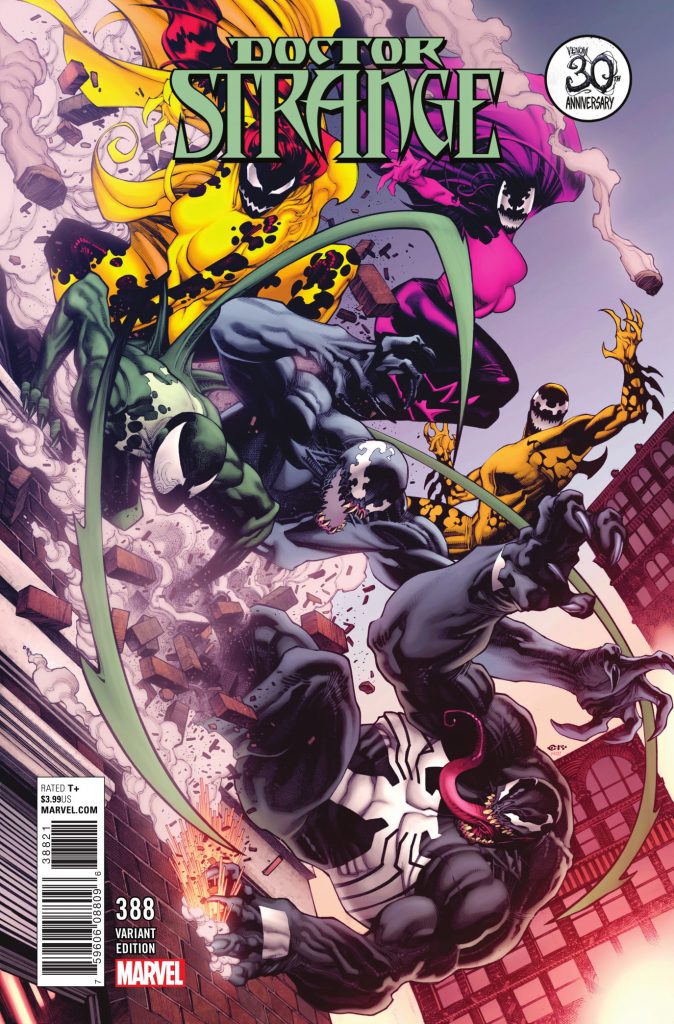 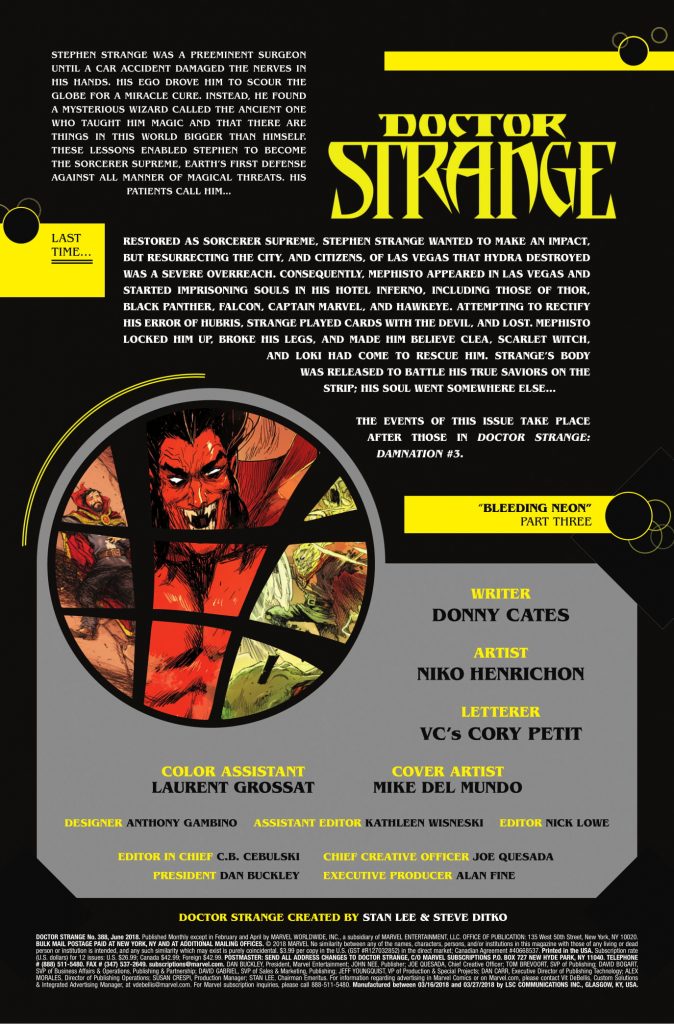 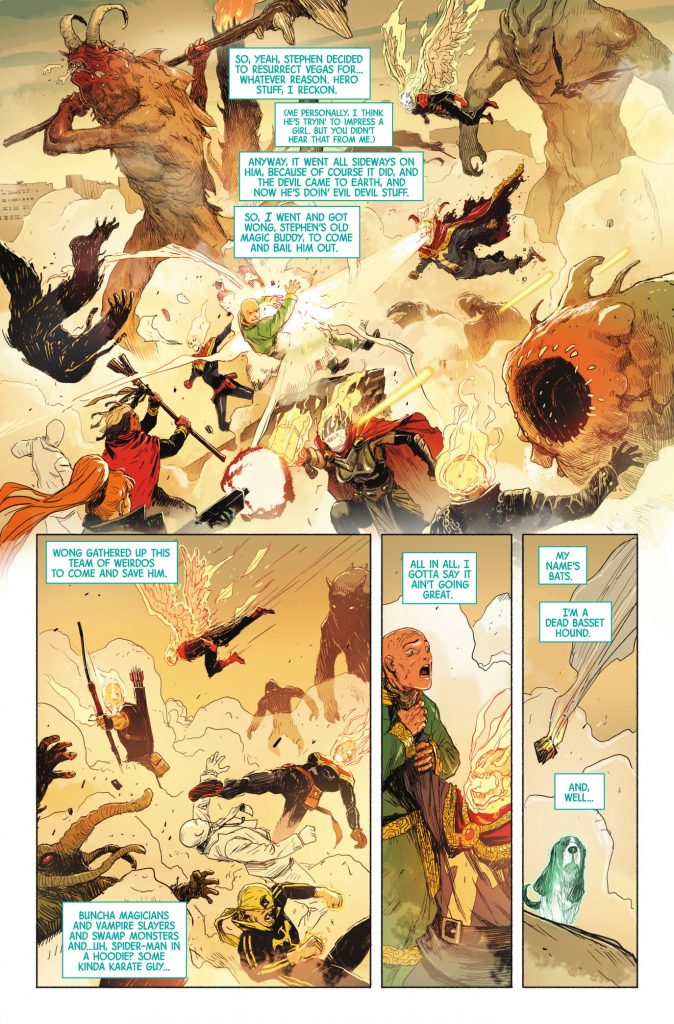 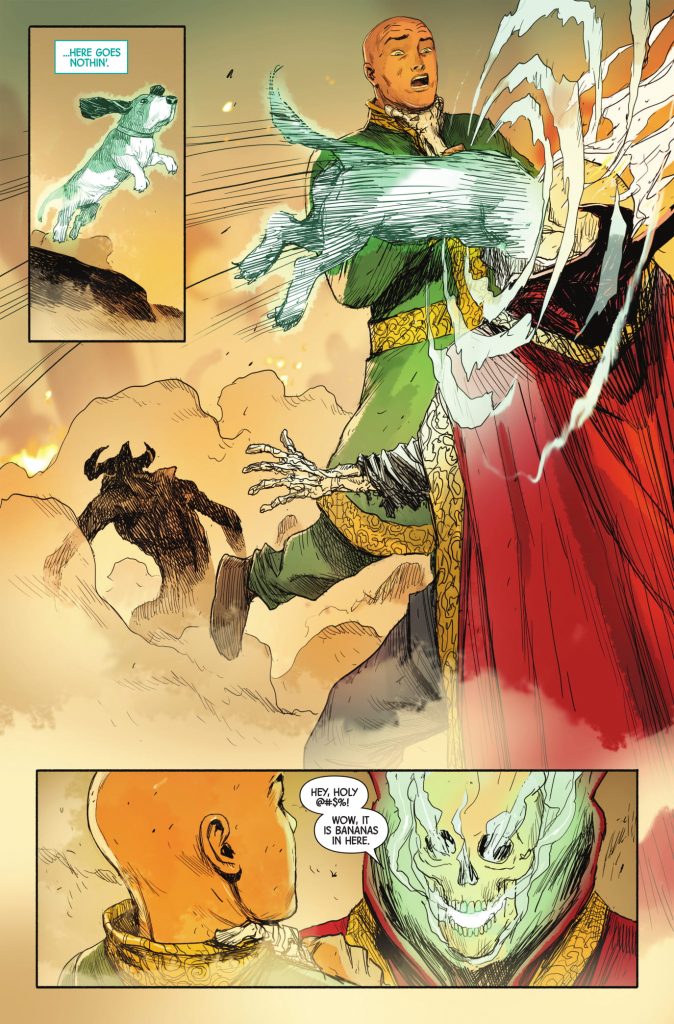 Doctor Strange has tried playing it straight and he’s tried cheating – is the only way to win Mephisto’s game not to play? While he tries to check out of the Hotel Inferno, Wong and the Midnight Sons try to break in! With the souls of the living and the dead on the line, is the Sorcerer Supreme willing to follow his former assistant’s lead?