Artist Walt Simonson is well-known for his work on Marvel’s The Mighty Thor, offering what’s considered one of the seminal looks at the character. Now Simonson is shifting his attentions from Norse gods to Greek deities, contributing a cover to Titan Comics’ upcoming Hercules: Wrath of the Heavens. 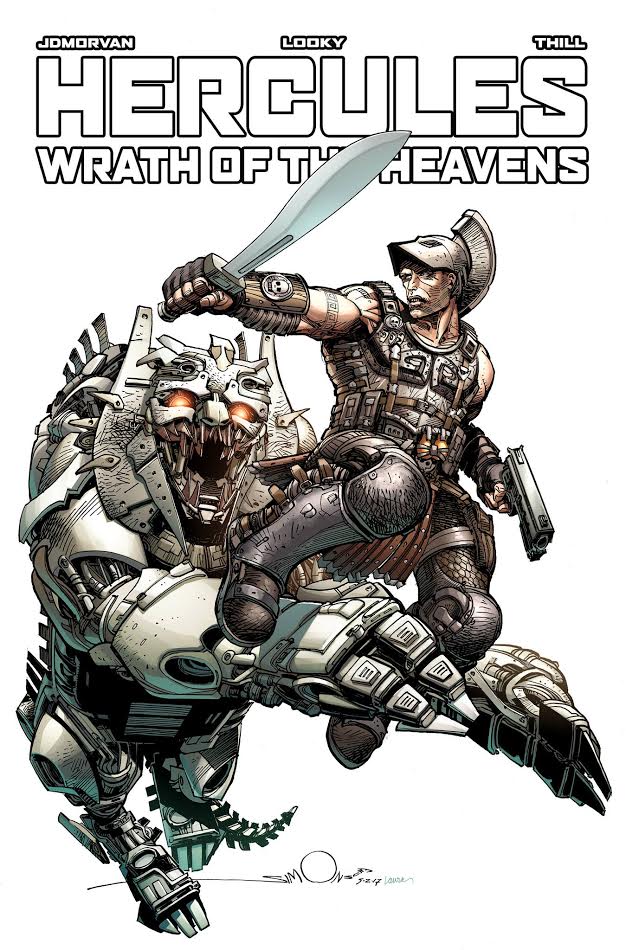 While admittedly a gun-toting Hercules battling a cybernetic Nemean Lion is a bit of a jarring sight at first blush, Simonson makes the image easy on the eyes. And the conceit of the story itself–Hercules as a half-god/half-super soldier–is a unique spin on the myth that’s certainly worth a look.

HERCULES: WRATH OF THE HEAVENS TO DEBUT WITH WALTER SIMONSON COVER!

A bold new take of the Twelve Labors of Hercules, Hercules: Wrath of the Heavens will serialize the story in English for the first time, starting with the labor of the “Nemean Lion.”

War rages across the galactic frontier. Hercules, half-human, half-god super-soldier, faces his greatest enemy – his own demons – in a bid for truth and redemption.