We have a few months to a couple years before the final season of Game of Thrones hits HBO, but that doesn’t mean that we can’t reflect fondly on what made the season 7 finale special. However, while viewers will say that their favorite tidbits included seeing the spectacle of the now-wight Viserion demolishing the wall or seeing Jon Snow hook up with aunt (…um), there’s one moment for me that flies above Mothers of Dragons and Not-So-Bastards:

Jaime’s character arc has been a satisfying one that has taken viewers by surprise in how much they’ve grown to like him. True, he started out as a sneering fan of incest who wouldn’t hesitate to shove a boy out a window to protect his secret relationship with his sister. However, over the course of seven seasons, through humbling experiences from being constantly derided for killing the previous king to sleeping in the mud to having his hand cut off, Jaime has become a downright likable character for us to rally behind, who tries to temper Cersei’s worse impulses, even as he becomes increasingly uneasy with her cutthroat machinations; that is, you know, except for the sexing. His friendship with Brienne of Tarth–who’d we’d totally ship with Jamie if we weren’t also hoping she’d give Tormund the time of day–is hugely instrumental in the softening of Jaime’s heart.

It’s true that Jaime’s past actions aren’t erased by his gradual likability and newfound ability to see outside his own interests, but credit where it’s due: He chose to trust Tyrion when he said he didn’t murder their father. He swore an oath to Catelyn Stark to find and protect her daughters, and tasked Brienne to help him keep that oath, equipping her with a Valyrian steel sword and squire. And when Queen Cersei agreed to aid Daenerys and Jon to attempt to hold off the hordes of the undead marching south, he began marshaling the kingdom’s troops and putting together a plan of attack.

The latter is what finally brought any tension between Jaime and his sister to a head. As Cersei walked in on Jaime speaking to the soldiers, she dismissed his men and revealed that she never had any intention to help Dany and Jon, instead planning to pick up the pieces after the wights and Dany’s forces consume one another. You can see something in Jaime break, something that lets the audience know that this is a final straw, that Cersei has gone a bridge too far. 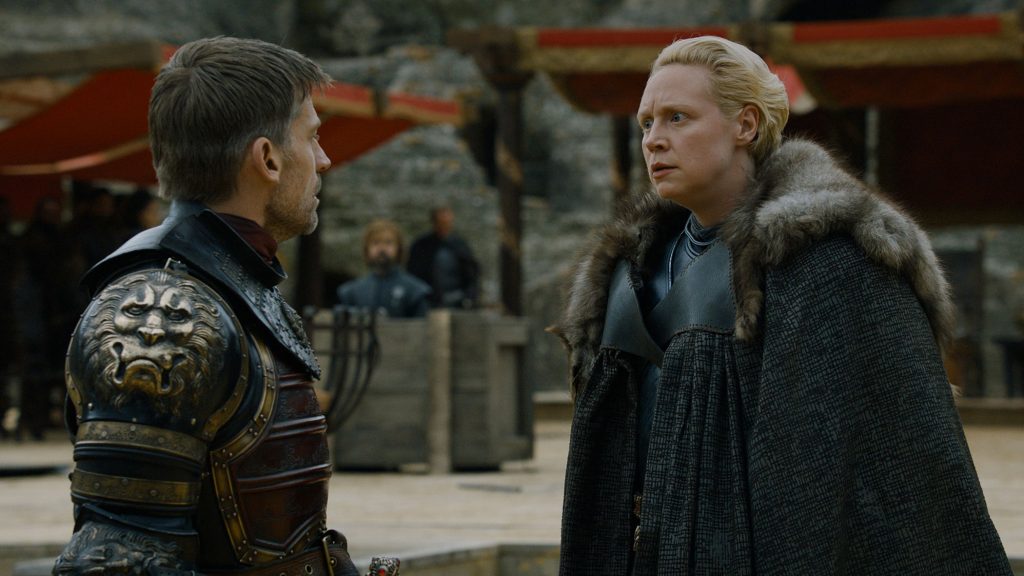 As Jaime protests that he swore an oath to aid Jon and Dany, Cersei dismisses him as the “stupidest Lannister” and reminds him that he swore an oath to Cersei as well. As Jaime starts to leave, the undead Mountain attempts to block his path, as Jaime’s sister, bubbling with rage, tells him that no one turns her back on her. Jaime calls her bluff and walks away. As snow falls on King’s Landing, signaling that winter has reached as deep as the south of Westeros, Jaime rides away, presumably north to join up with Dany and her assembled forces, leaving Cersei alone with her Frankenstein monster guard and her and Jaime’s unborn child. Winter has come to the final remnants of the power in King’s Landing Lannisters, but perhaps something is thawing in Jaime. Brienne’s words to Jaime earlier in the episode, to “fuck loyalty” when something greater is at stake, echo with each hoof galumph of Jaime’s horse. 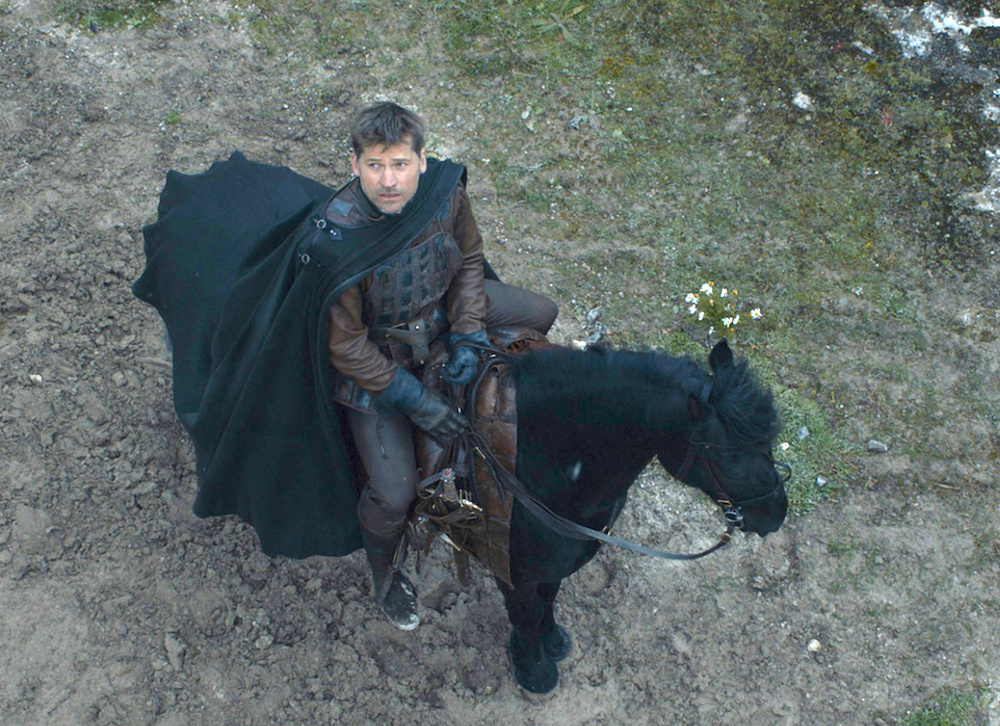 Winter has come to Westeros.

(How Jaime will be received up north, with Bran now the Three-Eyed Raven and presumably able to know that Jaime pushed him out the window and robbed him of his ability to walk, is uncertain, but will be interesting to see played out.)

What makes Jaime’s arc particularly impressive is that it’s easy to root for an underdog. What’s particularly remarkable is when a piece of fiction can make audiences cheer on a character who seems, at first blush, particularly irredeemable and downright reprehensible. Regardless if whether or not Game of Thrones is setting up Jaime as the reincarnation of Azor Ahai and will save Westeros, it’s heartening to see a seemingly morally damaged character like the eldest Lannister brother find his inner hero–or, at the least, a man who is trying to be better than what he is and has been.