Comics, just like other media, offer a wide bevy of types of stories for a wide range of readers and those readers’ varying tastes. However, while the breadth of variety might exist, the same can’t always be said about the depth. While dark and serious comics certainly have their place, the amount of that array of tales sometimes outnumbers fare featuring crazy yarns brimming with ebullience.

Creator Ken Niimura looks to change that with his comic book series Umami, now available for digital download at Panel Syndicate—and for whatever price you want to pay, to boot. Umami focuses on a duo of cooks with diametrically opposed personalities who use their culinary skills in an attempt to aid their home kingdom. Brimming with fantasy, over-the-top zaniness, and deep-rooted friendship, Umami is a balm to the darkness that often permeates modern storytelling.

On the cusp of the theatrical release of I Kill Giants, based on the comic by Niimura and creator Joe Kelly, Mr. Niimura spoke with me about the conceit of Umami, the inspiration behind the book, and why he chose the tone he did for the series.

FreakSugar: For folks who are considering picking up the book, how would you describe Umami?

Ken Niimura: It’s the story of a kingdom in trouble, and two cooks that are going to save the day by using their cooking skills. It’s a crazy adventure story that combines high-fantasy, cooking, and lots of absurdity. It’s also a moving comic that I hope everyone will try (you can, after all, read it for free!) 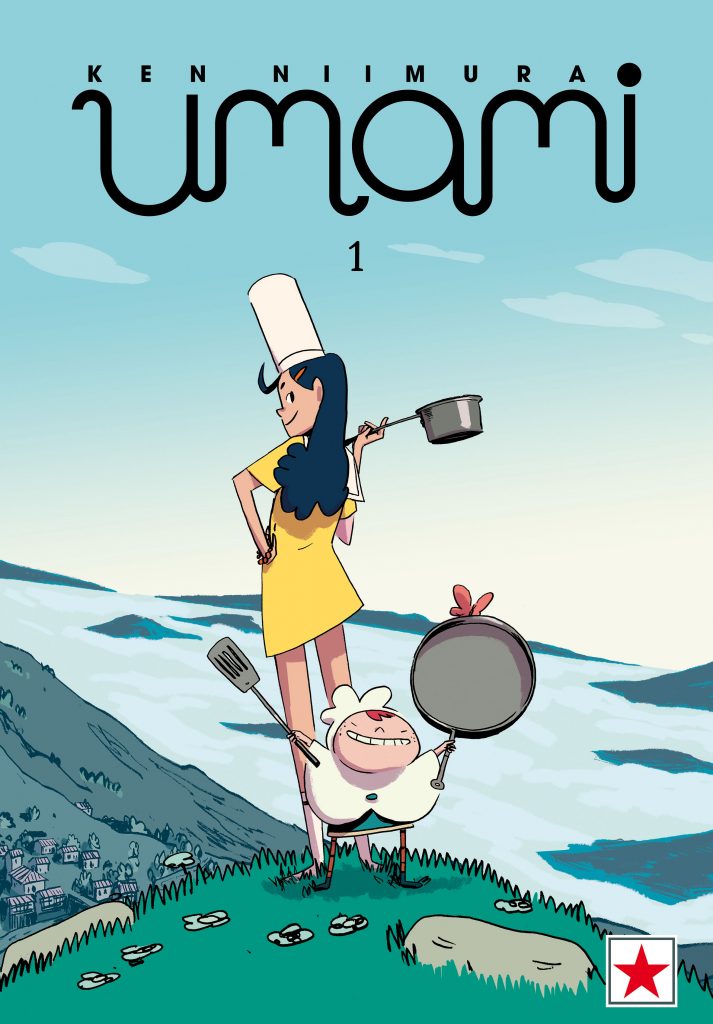 FS: The four volumes I have read are packed with exuberant, joyful storytelling. How long has the idea for Umami been with you before you made it a reality?

KN: It’s been a long process – almost three years since I had the very first idea. The core of the story has been exactly the same since the very beginning, but it’s taken three complete different versions to get to the best way to tell it. I’m really happy with the result, but it’s not a creative approach that I’d recommend though! 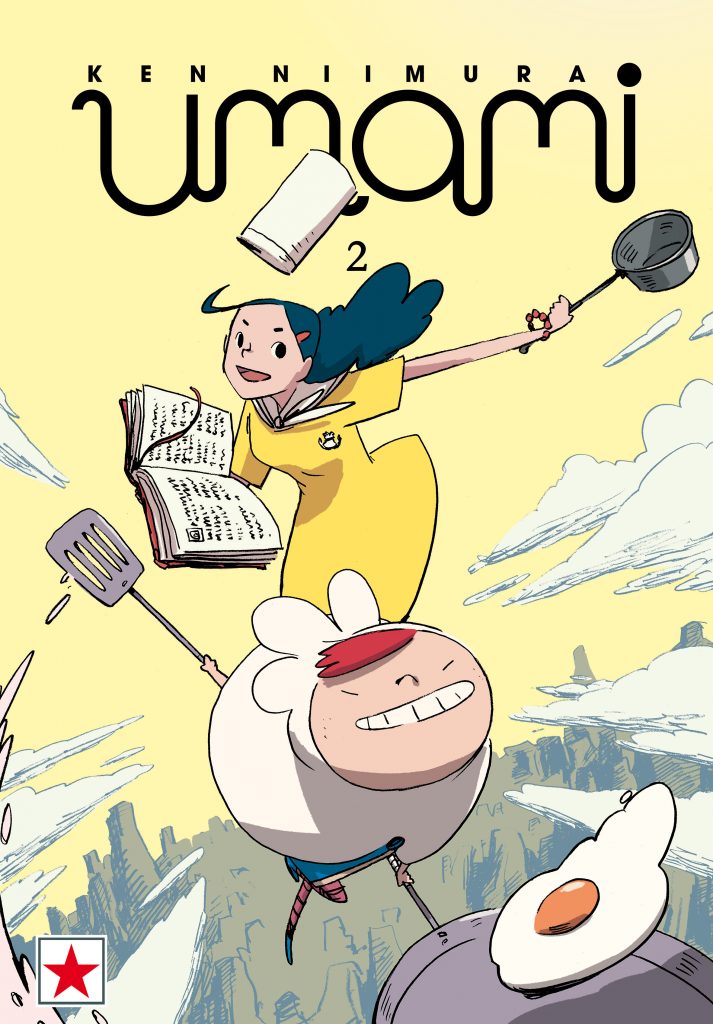 FS: Uma and Ami are just the best, a pairing that feels part comedic, part poignant. What can you tell us about them and the genesis behind their creation?

KN: They were, at the beginning, actually one single character named Umami, who was torn between her logic and instincts (like pretty much all of us!). And then one day I realized it would work much better to separate those facets of her into 2 characters, and build all the comedy and drama around their opposite personalities.

Uma’s design was set early on, so the rest was just about creating Ami in a way that juxtaposes as well as possible with Uma. 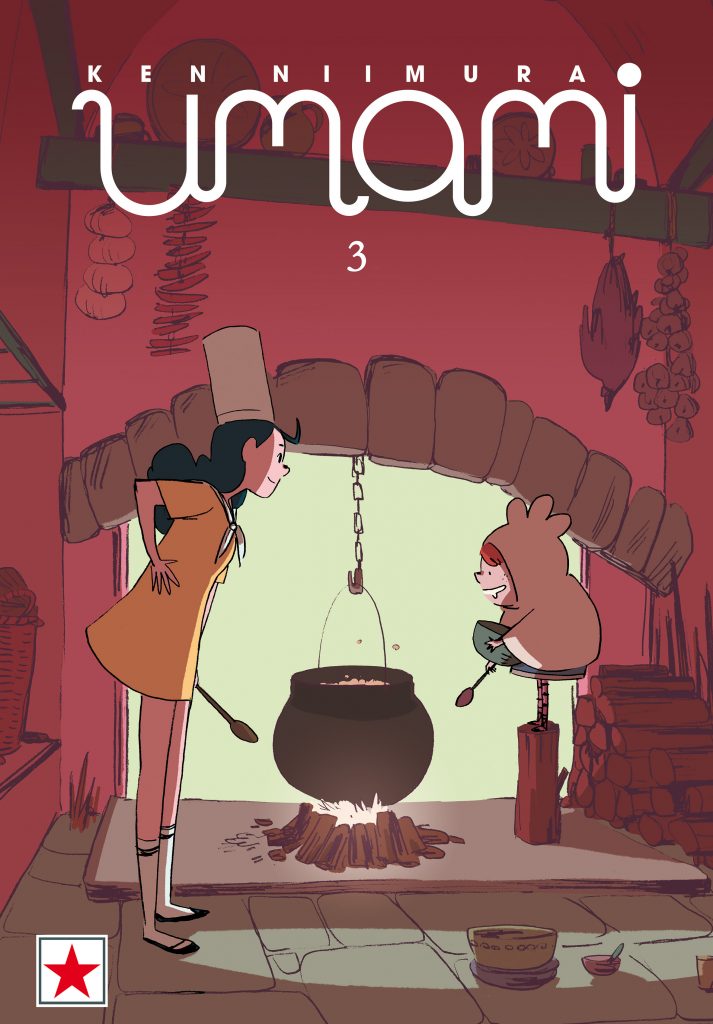 FS: Umami’s style has been called a mix between western comics and 1980s and 1990s adventure-style manga, which can certainly be seen in the series. What are some of your influences for Umami in particular and your style in general?

KN: I grew up in Europe and Japan, so my style is a distillation from European and Japanese comics. If I were to boil it down, I’d say it’s ‘Miyazaki meets Sempé’!

For Umami in particular, it takes its inspiration from the comics and video games I enjoyed as a kid: Dragon Ball and Ranma, among many other Japanese comics, but also European comics like the Dungeon series by Sfar and Trondheim (totally recommended!) and the Hilda series by Luke Pearson, or Hayao Miyazaki’s Sherlock Hound and of course Jeff Smith’s Bone. 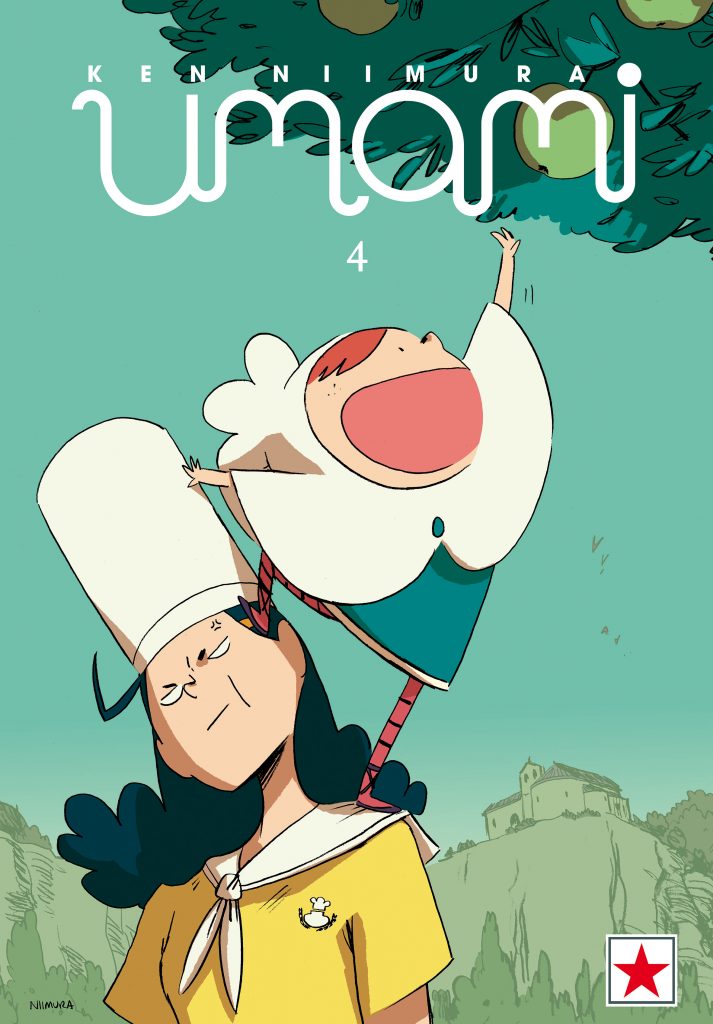 FS: Following up on that, as I mentioned, Umami is such a fun, joyful book. Did you know what you wanted the tone to be right away? Was it a reaction to other books you’ve seen in the marketplace?

KN: As a comic lover, I find less and less of those crazy fun stories I think comics are best at telling. The first draft of the project was closer in tone to what we’ve come to expect of a respectable oeuvre – serious and darker… but after a while, I found it wasn’t a pleasant read.

That’s when I remembered that when we first released I Kill Giants as individual issues, I did some comic strips that we published at the end of each issue, talking about Joe and I making the comic. It featured the same archetypes — a logic character and crazier one — and I had a great time making them, so I decided to use a similar recipe to spice up Umami, and it was then that it finally clicked!

Ultimately, I think it’s probably also a matter of personality – I think life is as serious as it is absurd, and find it fits my view better to talk about what I care about through a comic lens! 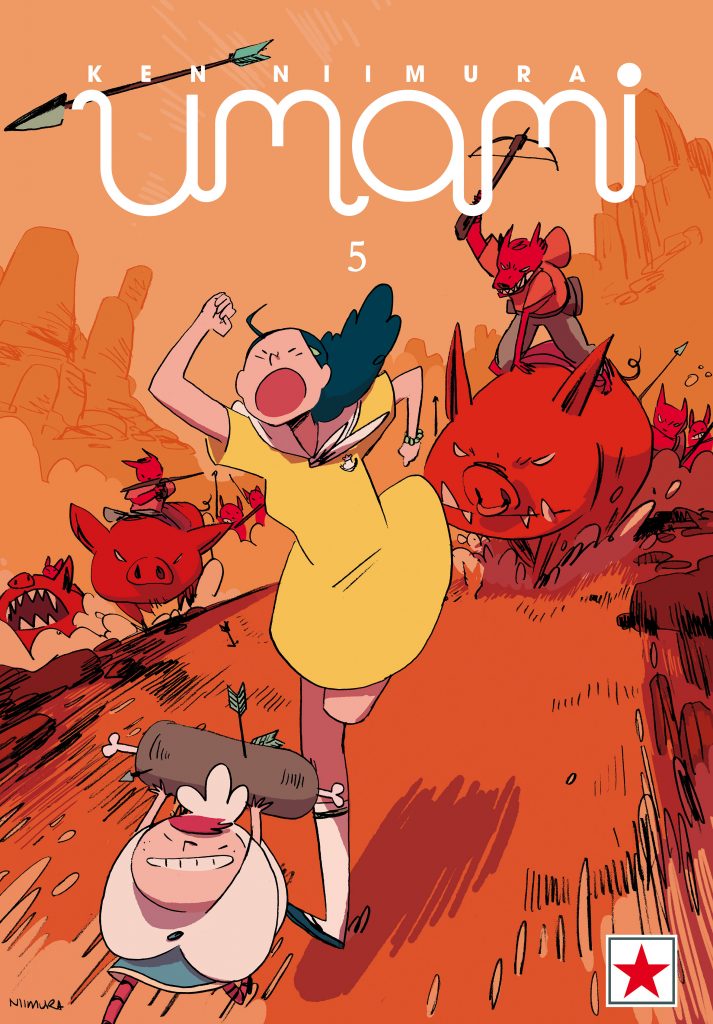 FS: Cooking is used as a vehicle to tell stories throughout Umami. What is it about cooking that appealed to you as a storyteller to use as a narrative device?

KN: During my past project, “Henshin” (a short story collection published originally in Japan), I used cooking as a metaphor for the creative process. There’s something in going to the market to do your groceries that’s similar to getting ideas from the reality surrounding you, and the creative work is often about processing them with the minimum amount of changes, to enhance their flavor.
Also, recipes exist as a manual for the correct way to make things, which automatically makes me think – isn’t there any other way to make things?

FS: I Kill Giants, the film based on your comic with Joe Kelly, hits theaters this week. What can you tell us about the translation of what you two put on the page to the silver screen?

KN: It’s a beautiful movie, the result of all the love everyone involved in it has put, so I’m really looking forward to hearing people’s reactions! I hear the comic it’s based on is good too.

Issues 1 through 4 of Umami can be found at Panel Syndicate. Issue #5 goes on sale this Thursday, March 24th. I Kill Giants hits theaters this Friday, March 23rd.