“Batman #17 takes elements of a story we know well—the vicious circle trapping Batman and Bane—and examines it through a different lens that gives us a novel view.” 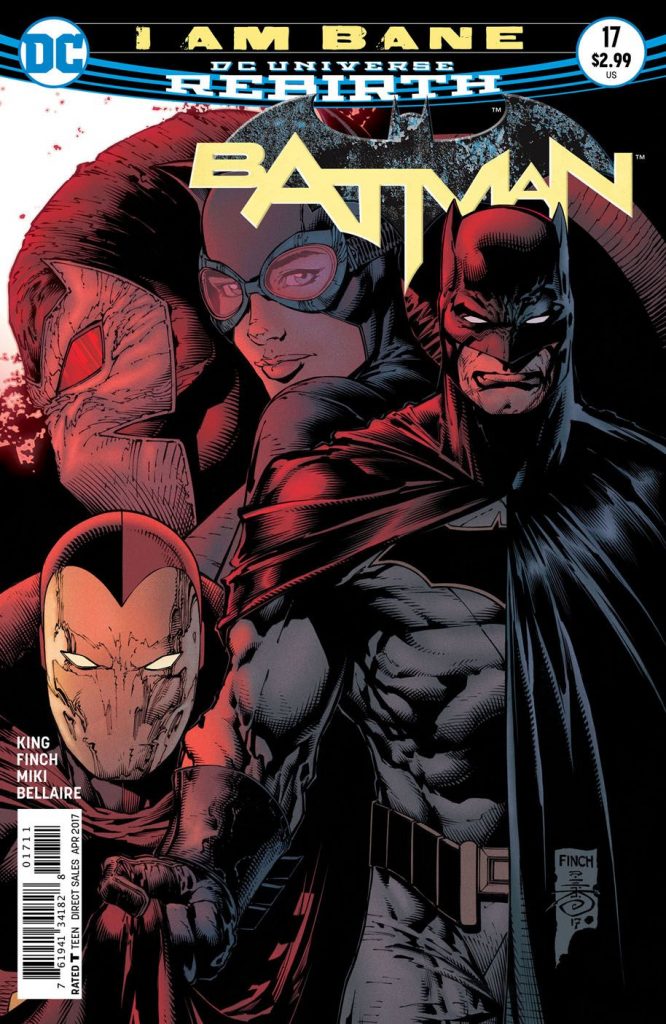 Tom King is not precious about the characters under his care. That’s not to say he doesn’t care about them and want them to succeed, but he also knows that sometimes a hero has to descend to Hades to see Olympus. That’s certainly the case in King and artist David Finch’s Batman #17, the second part of “I Am Bane,” on sale now from DC Comics.

Bane is coming. After Bruce’s brutal encounter with him in “I Am Arkham,” Batman knows beyond a shadow of a doubt that his adversary will attempt to strike back at the Caped Crusader. In issue #16, Bruce warned his current and former partners—Duke Thomas, Dick Grayson, Damien Wayne, and Jason Todd—to leave Gotham for a while so he could face Bane alone. All but Duke ignored Bruce’s commands, to their peril.

At the beginning of this installment, Bruce places Dick, Jason, and Damien in convalescent chambers in Superman’s Fortress of Solitude, both to heal them and to keep them safe from further harm. Meanwhile, Alfred has faked his way in Arkham Asylum to force Psycho Pirate—at gunpoint, no less, and with more than a bit of intimidation and sass—to remove the hypnosis plaguing Gotham Girl. As Bruce watches over the asylum in anticipation of Bane forcing his way in to reclaim the Pirate into his custody, the villain and his henchmen have been kidnapping Bat-allies Catwoman, Bronze Tiger, Duke, and Commissioner Gordon for an explosive encounter at Arkham. 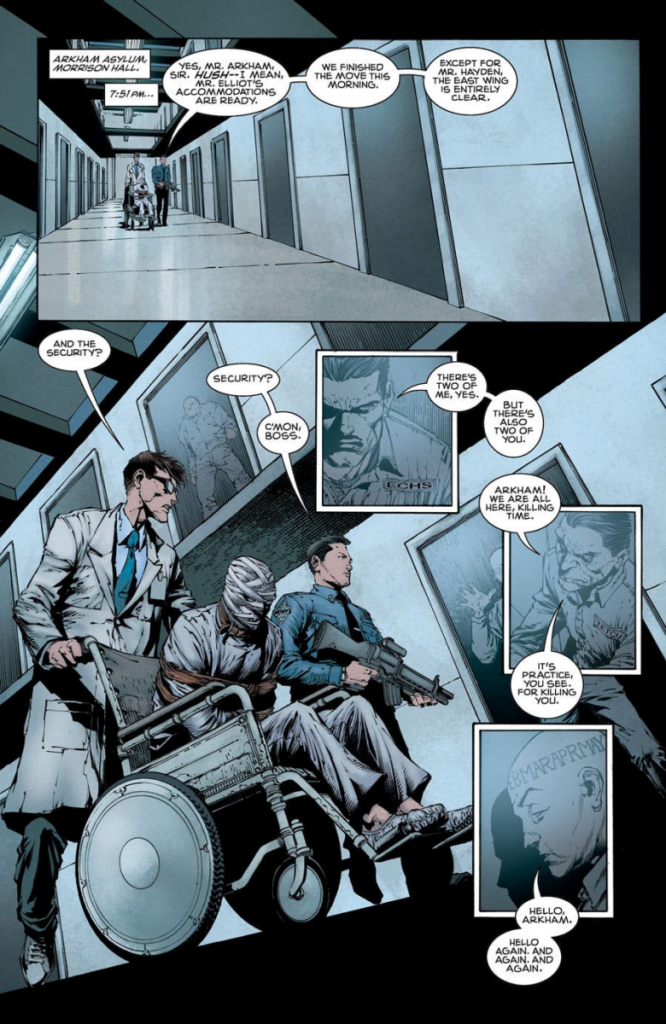 One of the things that King does not just in Batman, but in his books The Sheriff of Babylon and The Omega Men, is build tension and back his characters into corners to force them to figure out a way out. Sometimes the characters themselves do the forcing, but that’s just as interesting, even more so from a psychological standpoint. While Bruce is rightly concerned about the fate that Bane poses to his family—even more understandable in the wake of Tim Drake’s apparent death—when he isolates himself, it’s almost always to his detriment and to those around him, as we see in this issue.

King does something very novel in how he approaches Bane in this issue. In the previous installment, we see Nightwing, Red Hood, and Damien hanging from nooses in the Batcave, while, in this issue, the former inmate of Santa Prisca starts ticking off other members oft the Bat-family list, capturing Duke, Catwoman, and Commissioner Gordon. This is a nice and welcome spin on the original story introducing Bane and his blood feud with the Dark Knight, in which his assault was more physical than mental. Since that introduction, however, creators have made a point to stress that, while Bane is formidable physical force, his greatest asset is a keen analytical, tactical mind. Bane knows that there is more than one way to break a man, opting to go after Bruce Wayne’s patchwork family, attempting to break the back of the Caped Crusader’s psyche. 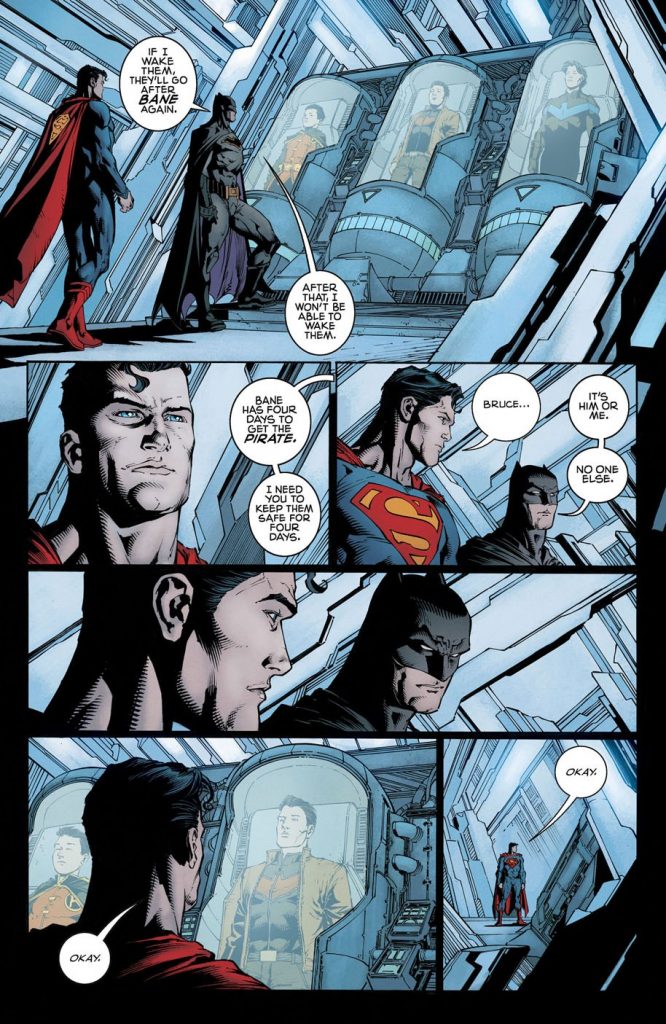 Finch’s linework here is dynamic and almost claustrophobic, with most of the pages composed of several panels, bringing a level of intensity and urgency to an already tense yarn. His rendering of the Dark Knight, all tightened muscle, serves not just to show his formidable physical prowess, but also to show how on edge he is. The effect makes for a jaw-clenching experience.

Batman #17 takes elements of a story we know well—the vicious circle trapping Batman and Bane—and examines it through a different lens that gives us a novel view.

Batman #17, written by Tom King with David Finch on art, is on sale now from DC Comics.

“I Am Bane” part two! Barricading himself within the walls of Arkham Asylum still might not keep Batman and his allies safe from Bane’s assault. Which one of Bruce’s loved ones will be torn from him next?