“If you’re looking for a creative team that take the best parts of Tennyson and Watership Down’s Richard Adams, look no further than to Sattin and Koehler.” 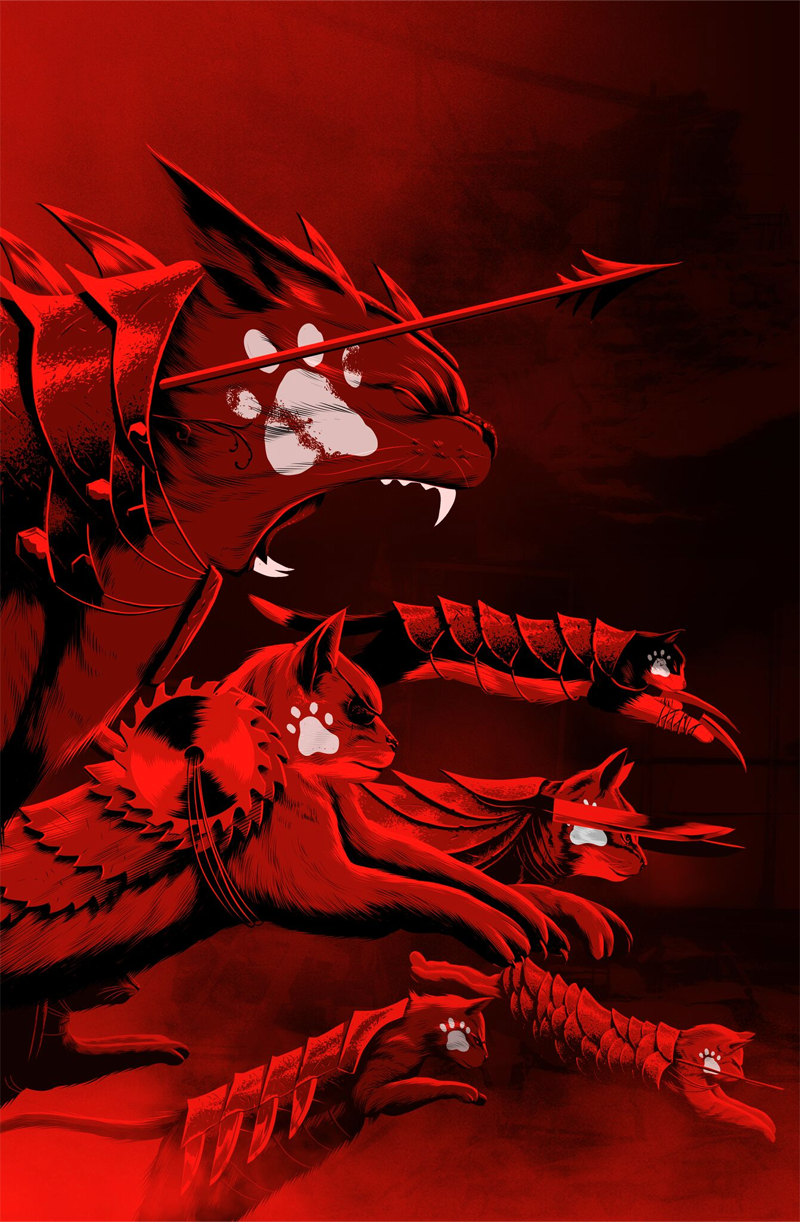 The neighborhood I lived in during my time in California was an almost Pleasantville-type community. Neighbors knew one another, if by sight if not always be name, and the sun shone in a way that brightened the streets to create an illusion that could have been plucked from central casting.

However, just outside the neighborhood, there were thickets of overgrown trees and rolling hills pocked with cacti and pitiful dirt mounds. When the sun disappeared for the evening, the howling began. The coyotes in the area were somewhat fearless. Although “progress” had run out several of the indigenous mammals to other locales, the coyotes were not so easily swayed. Every so often, you could see a lone adult or pup walking the road just outside the neighborhood, but never in packs. But at night is when they came to reclaim their lost kingdom. On more than one occasion, the cacophony of barking and yipping woke me in the middle of the night, which then stirred my two bassets. Sometimes my boys would whimper at the sheer number of disparate yelps and snarls that were just outside our townhouse.

More often than not, however, the hounds squared their paws and barked back, some deep-seeded instinct arising that made them want to join the fray to protect their territory and, presumably, my wife and me. The boys wanted to stand their ground.

That’s the point at which the dogs and cats find themselves at throughout Legend #5, written by Samuel Sattin with Chris Koehler on art. The Stenchless who roam the post-apocalyptic Earth threaten to overrun the combined canine and feline tribes as all parties convene at the Climb for what could very well be their Alamo.

One thing that Sattin has done a meticulous job at doing throughout the first five issues of Legend is making the readers believe that not only would the cats and dogs work together in the first place, but that they would eventually have an emotional interest in their mutual survival. Sattin has laid the relationship foundations between the cat and dog tribes in such a manner that the evolution of their interactions and how they regard one another feels organic. While the tribes might still bristle in their dealings and conversations, it’s clear that they are gaining a mutual respect for who they are and what they contribute to their common cause. Sattin is smart to use the framework of war to push the protagonists closer together, as there are countless real-life testimonies that attest to the idea he’s putting forth, that from shared combat often comes acceptance. This is especially spotlighted in the canine Daisy, who has a less-than-generous view toward cats, helping the fallen feline Atticus, refusing to leave him to die. Shared foxholes make for shared understanding.

The beauty of Koehler is that while his renderings help to create the swell action filling the issue, he’s just as adept at bringing the life the quieter moments that serve to make us give a damn about our heroes. From the gruff care with which Daisy regards Atticus to the melancholic recollection of Atticus’ time with his human during the rise of the Stenchless bring forth hitches in the back of your throat that will last throughout the issue.

That’s not to discount, however, the way Koehler expertly builds the crescendo of bloody battle that comprises the back half of the book. Fight scene composition in comic books is one of those hit-and-miss propositions: When you it shines, it brightens the entire reading experience. When it doesn’t, however, the action is a sore thumb that threatens to pull down the story to its knees. In addition to rendering flashes of war that made sense to the eye and to the reader, Koehler had the added boulder to carry of making the action somewhat claustrophobic, as most of the conflict occurs in a very limited space. However, Koehler rises to the occasion, using that claustrophobia to create a sense of urgency in which the reader is never comfortable whether her favorite feline or canine will live to see the next issue.

A side-note: Can we talk about how striking effectiveness of the cover? I’m going to call it: The dynamism that Koehler pours onto the page serves to create the single best comic book cover I’ve seen in 2016. The armored cats thrusting forward to action, with the heavy use of only varying shades of reds painting the background, leave readers with no question that war is here. The best testament to the composition of this cover is that if you showed it to a reader who’d never read an issue of Legend, they would instantly have a good inkling of what to expect in the pages to follow.

Legend #5 feels very much like Sattin and Koehler’s very own “The Charge of the Light Brigade,” with outnumbered tentative allies pressing against seemingly suffocating, overwhelming odds despite a slim chance of survival, all in the name of honor and duty and, grudgingly, respect. If you’re looking for a creative team that take the best parts of Tennyson and Watership Down’s Richard Adams, look no further than to Sattin and Koehler.

Legend #5, written by Samuel Sattin with Chris Koehler on art, is on sale now from Z2 Comics.

Review: LEGEND #5
If you’re looking for a creative team that take the best parts of Tennyson and WATERSHIP DOWN’s Richard Adams, look no further than to Sattin and Koehler.
10Overall Score
Reader Rating: (0 Votes)
0.0