“Legend #4 proves that apocalyptic tales can comment on a variety of social issues without lecturing or talking down to readers.” 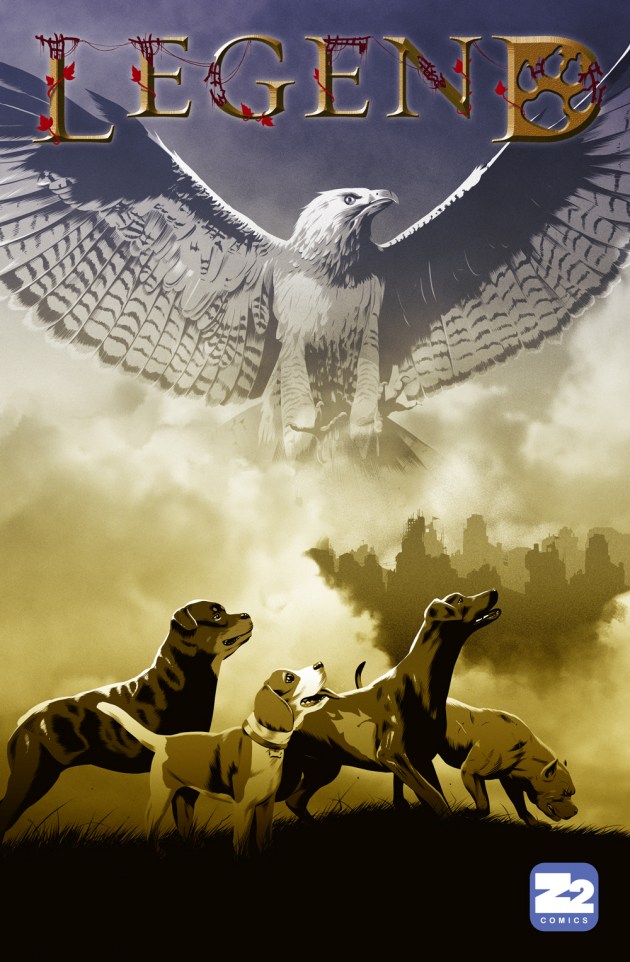 There’s a scene midway through Legend #4, on sale tomorrow, in which Elsa of the dog tribe is trying to convince Daisy that not all cats are to be regarded with disgust and distrust. Writer Samuel Sattin and artist Chris Koehler flashback to a time before a biological terror laid waste to humanity, when canines such as Elsa lived side-by-side with their human masters. A kitten named Maverick was introduced to Elsa’s home and, while she was less-than-pleased with the new addition to her and her humans’ dwelling at first, the two became fast friends, siblings and companions.

Elsa’s experiences color her outlook toward the cat tribe, which is helping Legend, Elsa, and the rest of their dog brethren locate the dread Endark, which killed the dogs’ leader. From her interactions with cats, she is able to put aside an innate, fundamental dislike of felines that seems to permeate the natures of many dogs in order to see past those prejudices and judge cats on the content of their character. And with that, Sattin Trojan Horse’s commentary on the nature racism without become a didactic gadfly. 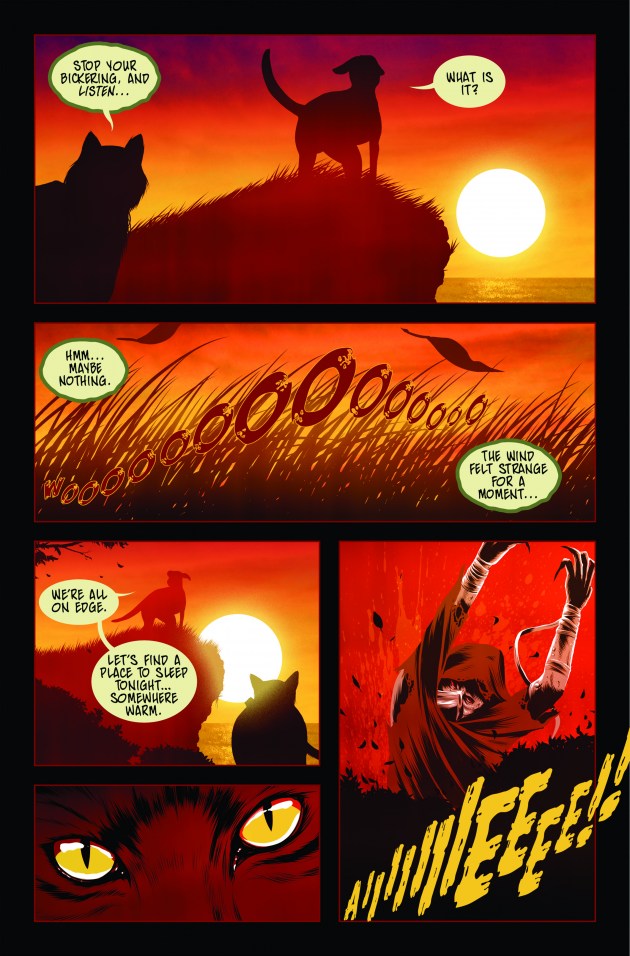 This scene is but one gem that fits into the larger story of Legend #4, as a battle with one of The Stenchless—zombie humans that smell neither of man or beast—tests the mettle of the uneasy alliance the dog and cat tribes have forged against their common foe. Daisy, Atticus, Legend, and the other members of the motley band have to decide whether the bond they formed is worth risking their lives for creatures they would otherwise view as enemies.

Great storytellers tackling a fictional apocalyptic tale generally use the genre to explore themes and ideas that readers wrestle with every day, such as the aforementioned scourge of racism. However, Sattin and Koehler aren’t content with slipping in commentary on just one social issue—that’s not how life works. Humans don’t just grapple with racism, or hierarchical inequality, or the push-pull of nature versus nurture. We are in the eye of a swirl of internal and external stressors daily. Not only does the creative team acknowledge that, but they address it head-on. How the world’s animals act and react following the extermination of humanity reveals how much their innate natures and their individual, respective experiences shape how they navigate their world and those they encounter. Daisy’s rough treatment gives her a different point of view on the world compared to Elsa, whose life was positively posh in comparison. (See? Even income inequality and class issues are thrown in for good measure!) 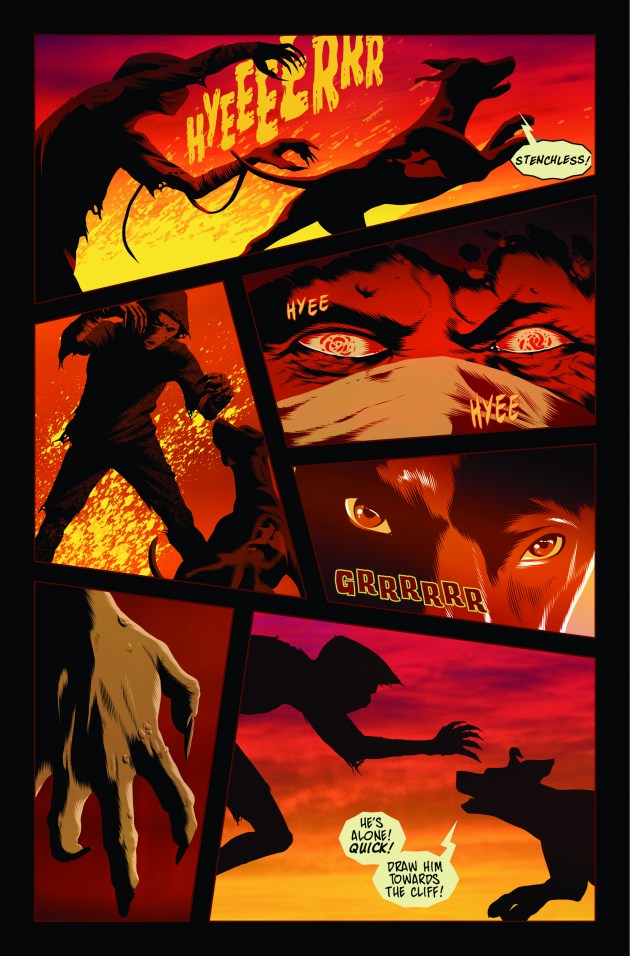 I’ve raved about Koehler’s use of muted colors and photo-realistic-yet-individualized character work to strike the right atmosphere in the first three issues of Legend, and I could continue to do so for pages. However, one thing that particularly struck me the most this issue were the flashback scenes, painted by Sarah Hawkinson, featuring Elsa and her feline companion Maverick during simpler times. As with Sattin’s writing, Koehler and Hawkinson’s art helps to establish a mood in that scene that’s simultaneously heartwarming, hopeful, and heartbreaking.

In the past year, Z2 Comics has been rolling out great series after great series, and Sattin and Koehler’s Legend #4 is an exemplar of what a powerhouse publisher Z2 is shaping up to be.

Legend #4, written by Samuel Sattin with Chris Koehler on art, is on sale this Wednesday from Z2 Comics.

Legend and his band of animals are forced to put aside their search for the murderous Endark when they’re ambushed by the Stenchless, hunched creatures the Journey Cats warn smell neither animal nor human.

Review: LEGEND #4
LEGEND #4 proves that apocalyptic tales can comment on a variety of social issues without lecturing or talking down to readers.
10Overall Score
Reader Rating: (0 Votes)
0.0