All too often in history, women’s achievements in STEM fields, business, and in so many other professions and fields have been obscured, hidden, or outright stolen simply because they were women. As such, those achievers and innovators’ stories are often lost to us and don’t make their way into the history books or in our collective memory.

Writer Sam Maggs wants to change that in her new book Wonder Women: 25 Innovators, Inventors, and Trailblazers Who Changed History, out now from Quirk Books. The assistant writer at BioWare and author of Quirk Books’ The Fangirl’s Guide to the Galaxy set out to put the spotlight on women and their contributions to history that, far too often, have pushed to the side and not given the proper attention they deserve. Ms. Maggs spoke to me recently about the genesis behind Wonder Women, how she selected which women she discussed in the book, and what projects she has coming around the bend. 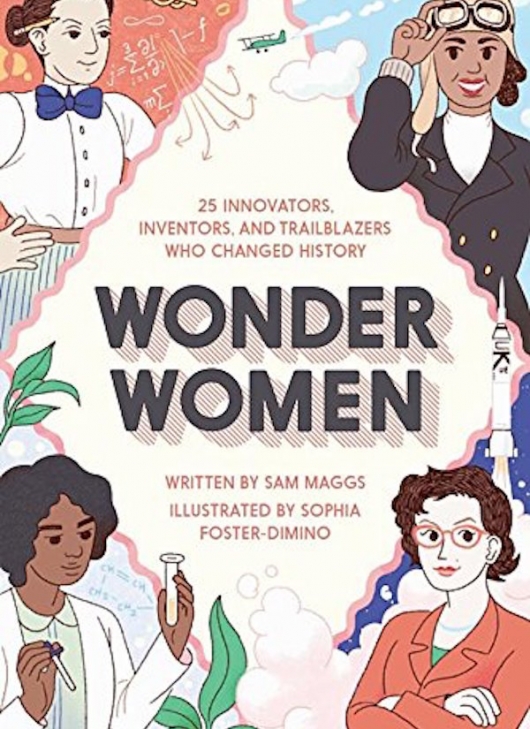 FreakSugar: How long has the idea for Wonder Women been gestating?

Sam Maggs: I got my Master’s degree in Victorian literature and a very particular type of women’s fiction, so I always enjoyed finding the stories that have been lost to time in old newspapers and old books. When I was writing The Fangirl’s Guide to the Galaxy, I had little chapter enders that were bios about women in history who had done interesting things in fields traditionally dominated men. Unfortunately, they were cut for space in Fangirl’s Guide, but my editor said this would be an interesting book all on its own. So we went forward from there.

FS: I’m such a history and anthropology nerd and I was heartened to see many names in the book I’d never heard of. How did you decide who to discuss in the book?

SM: Cool, that’s really nice to hear because that was really important to me. As great as the stories of Marie Curie and Amelia Earhart and those women are, I feel like we’ve retread that ground a lot and people know those stories. There are so many women in history whose accomplishments have been lost to time. So it was really important to me to highlight women in history who people might have never heard of or who aren’t as mainstream.

So when I went looking, it was really important for me in particular to find some really cool women of color and queer women to highlight because I feel like role models in STEM are really necessary in those communities and important. So I started from that perspective, looking for different stories from all across the world, for all types of women, and went from there. 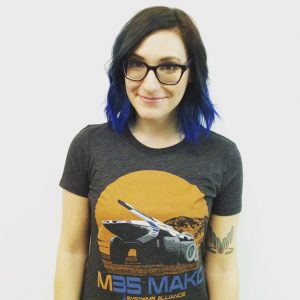 FS: Between the interviews and the suggested reading bits and the bios, were there still women you wanted to include, but ultimately had to say, “Maybe next time”?

SM: At the end of every chapter, I include bios of seven more women, which is where I got to include some of the more well-known ones. But a lot of the women I wanted to write full bios got relegated to those sections. Like Grace Hopper, the computer programmer; the gal who invented Monopoly. All of those women, I’m glad that even thought I couldn’t give them full profiles, I got to include them in the book. Hopefully, people will use that as a jumping-off point to go look for their stories and the stories of contemporary women who did cool and similar things.

FS: One thing I really appreciated about your book gives voice to so many women’s achievements that have pushed to the background.

SM: I really wanted to make certain that women’s achievements that are often relegated to the background were given a voice. Women whose achievements were lost or stolen or overshadowed or not given credit because they were women or their race or couldn’t own property or their male professor took the credit for it, etc. There are all these reasons, so I feel very honored and humbled to make their stories more accessible to people now.

FS: You really make a concerted effort to make sure that voices of queer women and women of color are represented in your book, which I appreciated they are often underrepresented in so many books highlighting women’s achievements in history.

SM: That was a very important thing to me when I was writing this book. It’s hard enough to find stories of women in science in history, but when you do start to find them, overwhelmingly they’re white women or straight women because that’s how history works. For me, it was really important that we had at least one woman of color and at least one queer woman because these are communities where we need to see role models in STEM. I really went out of my way. That’s how I decided what to keep and what not to include. I wanted to make sure I didn’t cut a story of a marginalized woman.

FS: What other projects do you have coming down the pike?

SM: I’m a full-time assistant writer at a video game company called BioWare right now. I’m working on a game that I absolutely cannot talk about that’s really, really cool. I’m really excited to one day get to talk about it.

I have a story in issue two of IDW’s Star Trek: Waypoint. It’s a Star Trek anthology series. Each issue of Waypoint has two different stories in it that focuses on a different era in Trek. My story is about Yeoman Leslie Thompson, who’s the only registered red shirt to die in the original series. That’s interesting because all the red shirts were dudes except for one. It was so cool to write!

Wonder Women, written by Sam Maggs, is on sale now from Quirk Books.

Ever heard of Allied spy Noor Inayat Khan, a Muslim woman whom the Nazis considered “highly dangerous”? Or German painter and entomologist Maria Sibylla Merian, who planned and embarked on the world’s first scientific expedition? How about Huang Daopo, the inventor who fled an abusive child marriage only to revolutionize textile production in China?

Women have always been able to change the world, even when they didn’t get the credit. In Wonder Women, author Sam Maggs introduces you to pioneering female scientists, engineers, mathematicians, adventurers, and inventors—each profile a study in passion, smarts, and stickto-itiveness, complete with portraits by Google doodler Sophia Foster-Dimino, an extensive bibliography, and a guide to present-day women-centric STEM organizations.