“Titanfall ends up being an exciting disruption in the first-person genre, and it’s for this reason the shooter starts to fall flat the more time you spend with it.”

It’s been two weeks since the Xbox 360 version of Titanfall dropped which is about the right amount of time for me to get my fill of Titanfall. Light on modes, and featuring a thin progression system, Respawn‘s mechs and parkour first-person shooter was able to get its hooks in me – but it failed to keep them in.

If you’re a shooter fan, by now you’re at least passingly aware of the premise: in the far-off colonies of the Frontier, the Interstellar Mining Corporation and the Militia battle it out for control of the region’s precious resources. You can largely ignore all of this context which just provides ample lubrication to let all of the mechs and sci-fi guns in. But instead of stopping at a military shooter with an interesting (albeit limited) array of weapons, Respawn had two very great ideas which upend the formula and make Titanfall feel unique in the genre.

First, your nimble Pilot is able to boost jump and parkour around the ruined maps of the colonies, making the combat feel multi-dimensional. You boost, you wall run, and you shoot, as Respawn seems to have realized some of the failed ideass of DICE’s Mirror’s Edge inside the chaos of a busy battlefield. Battlefield is another point of inspiration, with its large-scale combat zones making room for what should be massive, sprawling PvP environments. 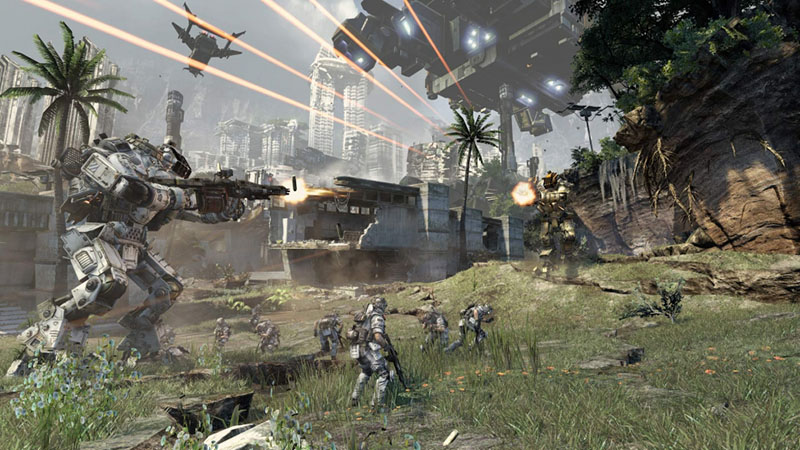 And the reason those environments are so large is to accommodate the Titans themselves: ground-stomping, gun-wielding mechs dropped into the middle of the fight. The wisest move that Titanfall makes is that at some point, everyone gets a Titan – it’s just that truly successful players can, through chaining kills, get theirs a little faster. A single (or even pair) of Titans can’t change the course of a match, but they can give the other side a little hurt. A Titan may offer less maneuverability (and they’re surprisingly vulnerable), but dropping one into a match feels like such a shift in the tactics on-foot players can and should employ.

Case in point: say your opponent is stomping the hell out of your team in one of their Titans. Do you use your anti-Titan weapon to chip away at its health or do you jump on its back and shoot its power core, delivering more hurt but also putting you at greater risk of getting taken out. And as a Titan, do you go in swinging, ignoring the damage just so you can score some quick hits on enemies massed together (with the chance of taking out more in the ensuing explosion of your vehicle) or do you dance around the map, picking your shots, wearing down other Titans and flinging hell from a distance? 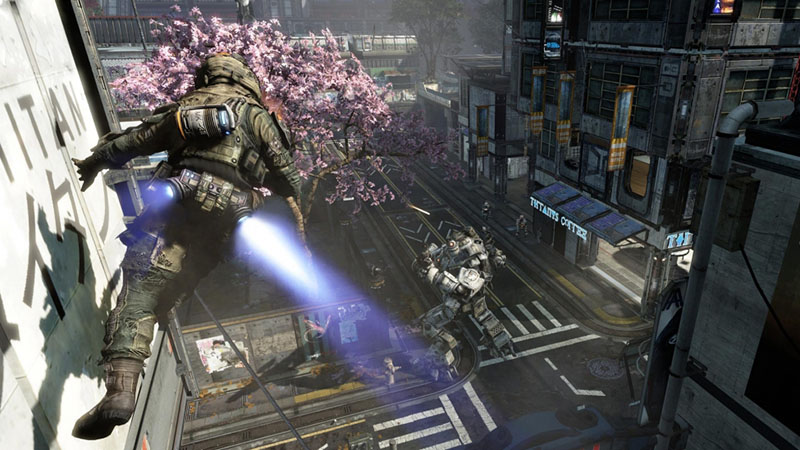 I’m describing a game that, in the short term, feels like an all-new kind of shooter. But in the long or even medium-term, Titanfall starts to feel constrained, limited in scope or ability to sustain an audience.

With Titanfall coming from the handful of Call of Duty developers at Respawn, you would expect that we’d get a shooter with a progression system with things worth progressing towards. One or two really interesting Pilot weapons like the auto-targeting pistol and a beam cannon, feel like major exceptions to the rule of the usual collection of SMGs, sniper rifles, and shotguns, a limitation that doesn’t apply to the Titans, who are instead constrained by simply offering an interesting but super narrow selection of weapons and ordnance.

And the issue extends to the game’s handful of modes which are constrained by a lack of imagination or scope. “Attrition” and and “Pilot Hunter” are barely indistinguishable Deathmatch modes while “Capture the Flag” and “Hard Point Domination” feel so basic given the abilities the game offers your player character and Titans. “Last Titan Standing” could kind of qualify as a standout, putting all players in Titans at the start of the match and awarding the win to the team with the surviving Titan(s). 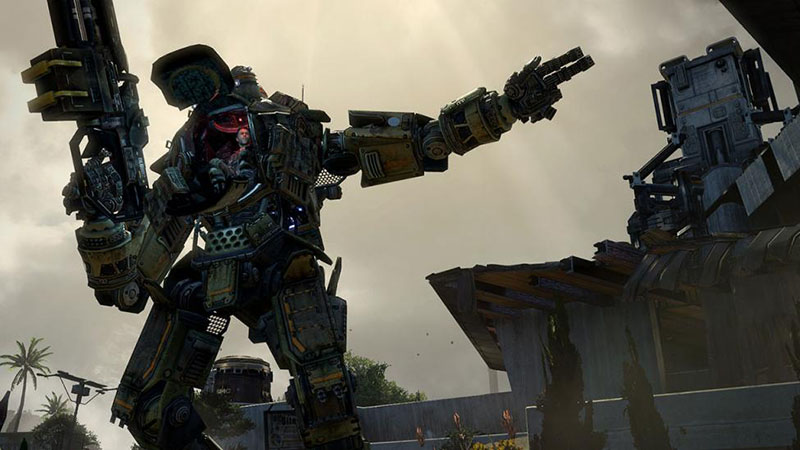 There’s another problem that was harder to pin down until a couple of nights ago: this is a 6v6 shooter that, in addition to the two teams, populates the matches with bots who’ll come at opponents guns-blazing. In theory, this is to provide the player with more bodies to drop and add a little chaos to the battlefield. In practice, mowing down yet another cluster of the dim-witted bots makes the game feel emptier as you wonder where the other real players are.

“How is the Xbox 360 version compared to the Xbox One version,” you ask? Visually, it’s fine. Blue Point Games was able to get the experience on a disk and out the door that looks like a frame rate-challenged, slightly muddy version of its Xbox One big brother. There will be occasional texture popping and the Titan animations look pretty janky, but if you don’t have access to the new console or a high-end PC, this will do the job.

Titanfall ends up being an exciting disruption in the first-person genre, and it’s for this reason the shooter starts to fall flat the more time you spend with it.