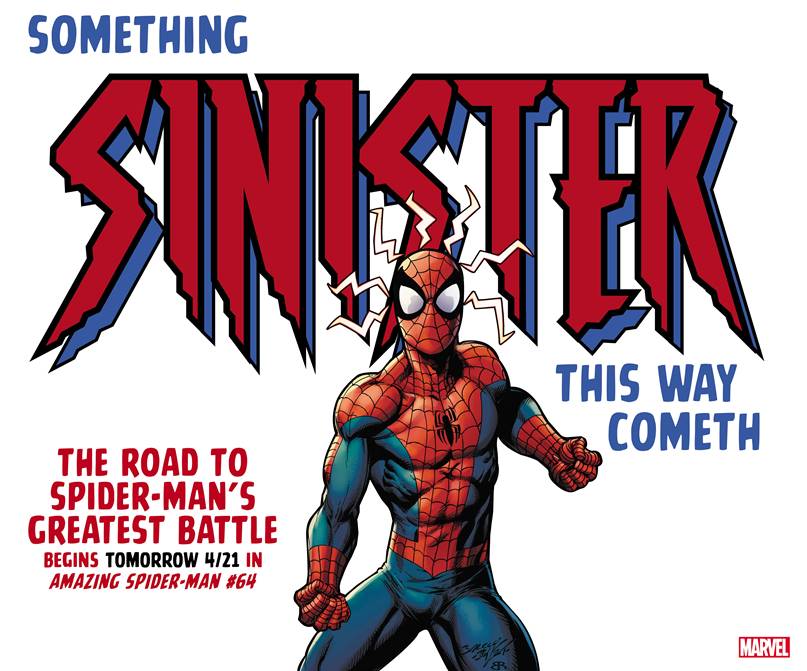 While Marvel could always throw a curveball, whenever the word “sinister” is bandied about in connection to Spidey, that’s usually an indication that he’s in for a battle with some incarnation of his foes The Sinister Six, composed of some permutation of his rogue’s gallery.

Should the group be reforming, who will make up those six villains? Maybe Marvel will give us some breadcrumbs tomorrow when The Amazing Spider-Man #64 drops on newsstands.

Also, since it’s never not a good time to share this image, feast your eyeholes on this cover from Erik Larsen’s tale “Revenge of the Sinister Six” storyline back when he helmed the pages of Spider-Man in the 1990s: 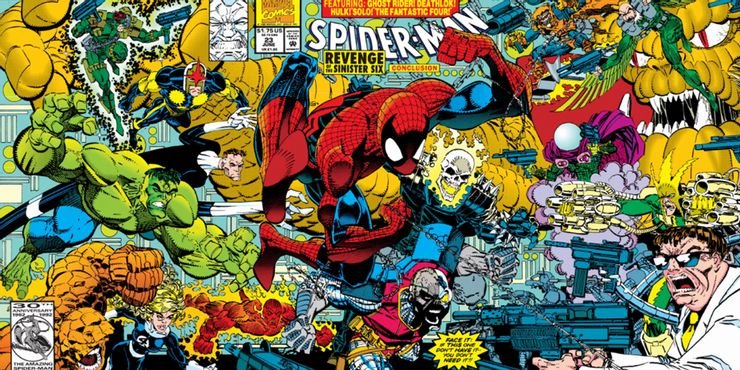