Note: this post contains SPOILERS about the last two episodes of Adventure Time, which see some major shakeups in the series.

This week’s episode of Adventure Time, “James II,” was a light break from the heaviness of the season six two-part premiere, “Wake Up”/”Escape from the Citadel.” We got a cute little adventure, with Finn and Jake largely sidelined, while Princess Bubblegum attempted to handle the problem of too many clones of the ice cream sandwich guy, James. Silly, fluffy stuff after the last episode’s death, mayhem, daddy issues, and – relevant to this post – limb removal.

“Escape from the Citadel” was kind of a big deal for Finn, introducing his scoundrel dad, freeing a bunch of major criminals, and seeing our hero lose an arm while trying to do the right thing. Finn is growing up and this is the latest major loss for him following the death of his hero, Billy, and the cold-as-ice murder of Prizmo. By all rights, poor Finn should be a mess.

What makes “James II” interesting is how it puts the question of Finn’s status as an adventurer on the back burner for a minute without sacrificing the character (or the story) to self-pity. In fact, Finn having lost his arm doesn’t really come into play in “James II” all that much and the episode offers the show’s usual gentle and sensitive acknowledgement of loss and hurt while letting the stories do their own thing.

I suspect in any other show, we’d have to have a Very Special Episode about Finn losing his arm, maybe a multi-episode arc where he has to regain his confidence as an adventurer while acknowledging that he’s still capable. But Adventure Time is a show that’s been aging with its audience. Finn started the series as a bright-eyed 12-year-old, and has grown into a slightly wiser 16-year-old in more or less real time, and he’s learned how to handle disappointment and loss in a way that other, more standalone and static series, don’t have the room to accommodate. 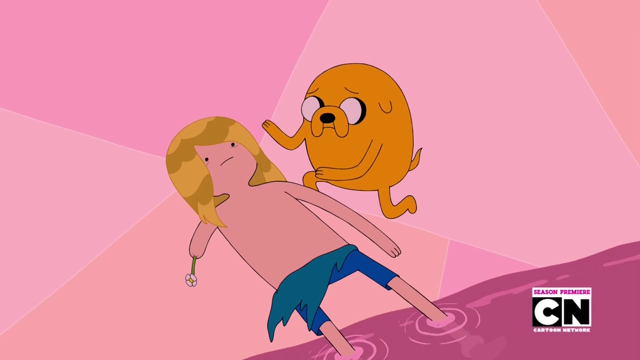 In fact, we’ve already seen a variation of the Very Special Episode in season five’s “Puhoy,” which introduced the titular young adventurer who would do anything – including betray her new friend, Princess Bubblegum – to restore her missing arm. Like Finn in “James II,” Puhoy is no less able minus the limb, but unlike Finn, she’s unable to live with the loss, resulting in a tragedy which dooms her.

Even if “Escape…” left a backdoor open for Finn to get his arm back in the future, we know he’s going to be okay with only one for as long as it lasts – he’s a hero. It’s these kinds of easy observations about its characters that makes Adventure Time one of the great shows on TV right now.